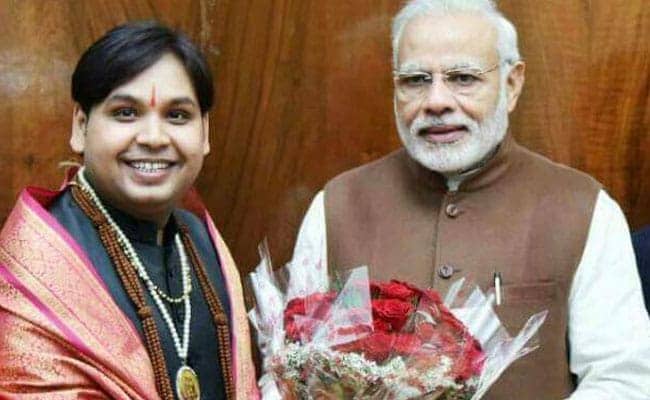 In August, the Prime Minister’s Office (PMO) had filed a complaint with the Delhi Police after the assistant director at the PMO complained about the fraud a fraudulent letter was issued to the District Magistrate of Uttar Pradesh’s Sitapur in name of one ‘Parul’ who claimed to be secretary in Ministry of Arts and Culture seeking security and accommodation for Mishra and his ‘disciples’ who wished to visit the temple. While the requested was adhered to, the district collector got suspicious and sent it to the PMO for verification, where it was found that it was printed on a fake letterhead.

According to Police, Mishra had also forged his photographs with the PM and other high profile officials and also sought security and VIP protocol in different states posing as the PM’s guru. Mishra has been taken into custody and his sister Parul, who posed as his secretary and send out letters on his behalf is being questioned but not yet arrested.

Mishra runs a dance academy and also offers a course in spirituality in Delhi. He claims he performed at a temple in Gujarat when Modi was the chief minister, following which Modi had supposedly invited him to stay at his residence. He has also claimed he was conferred ‘Bharat Gaurav’ award by the President for teaching a blind girl from the US how to dance as well as a directorial position by the government two years ago as a wedding gift.