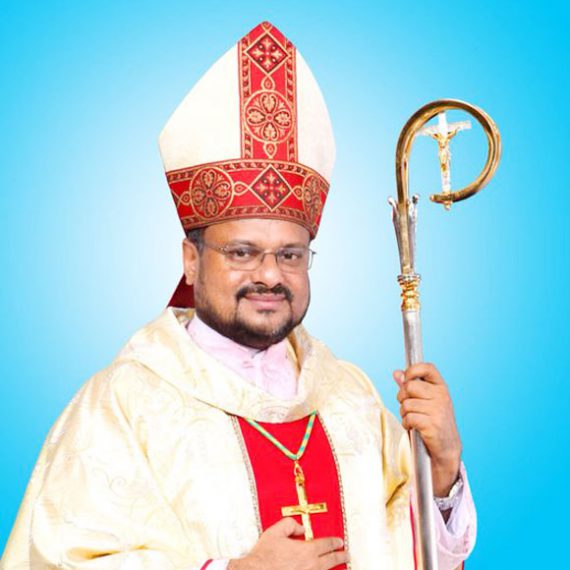 As reported by Goa Chronicle, despite finding incriminating evidence against Bishop Franco Mulakkal of the Archdiocese of Jalandhar, Punjab, for allegedly raping a nun from Kerala, the Kerala Police is yet to arrest the accused. We had earlier reported how a nun from Kerala had accused the Bishop of raping her 13 times between the years 2014 and 2016 at Mission of Jesus Sisters convent’s guest house in Kurvailangad.

As per Goa Chronicle report, earlier this week, the victim who accused the Bishop of raping her on multiple occasions filed a complaint with the police alleging that she has been receiving death threats since she has filed the complaint against the Bishop. She also revealed that it is not only she but also people close to her, who have been on the receiving end of multiple death threats since she filed the charges against the Bishop.

The Bishop when questioned initially denied the allegation completely and stated that he was not present at the nun’s convent on 5th May, 2014. The nun had mentioned this specific date and place in the police complaint as the first of many rapes that were allegedly committed by the Bishop. The Bishop claimed that he was present at the convent in Thodupuzha, Idukki on that particular date.

In their investigation, Kerala police have reportedly found that the initial statement given by the Bishop was a falsified one. The police in their interrogation with the nun-in-charge at the Thodupuzha convent found out that Bishop Franco had not arrived on the 5th May in that particular convent. Moreover, the visitor’s register diary in possession of the police does not show any entry made by the name of Bishop Franco at the Thodupuzha convent on that day.

The nun-in-charge initially did not come forth with the truth but after persistent questioning, she revealed that the initial statement of her conforming Bishop Franco’s presence at the convent was false and she was instructed by the accused Bishop to give a falsified statement to the police.

Another startling revelation mentioned in the Goa Chronicle report is the information that the police received from the driver of the accused Bishop. The driver confirmed that he had dropped Bishop Franco at the St. Francis Mission Home – A convent of the missionaries of Jesus sisters, a convent the rape accused belonged to on 5th May, 2014.

Despite the new evidence, Kerala Police is yet to arrest the Bishop. According to the report, the investigating officers are under a lot of pressure from senior police officials and political leaders.

This is not the first time the church has been accused of sexual misconduct. This particular issue has plagued the church for many years now. Not only in India but around the world sexual misconduct in churches and the unwillingness of the church to take substantive action against such behaviour, has been reported. It is worth mentioning the same Bishop held special prayers and protests during the Kathua case and the church accused  Hindus in West Bengal ‘Nun-rape’ case which later turned out to be committed by Bangladeshi’s. The only question here is why the Church chooses to remain silent over such grave and continuous allegations of sexual misconduct in their own religious establishments.