The Sabarimala verdict is anything but a gender equality win

The Sabarimala verdict opening the doors of the temple to women of all ages is not a victory in the fight of gender equality; it’s an attack on the Hindu faith. Seculars, self-professed anti-religion people, suddenly became Hinduism experts. We’re way past the time to mince words or be politically correct over existential issues.

With respect to Sabarimala, for generations men and women have followed the traditional norms laid down, undertaking strict penance and adhering to age restrictions to maintain the sanctity of Lord’s wishes. So women of faith would still follow the will of Ayyappa and won’t go-to Sabarimala till they are above the age of 50. Women who have no faith have no business going to the temple anyway, and in the end, if some of them go to assert this so-called win of equality, don’t be fooled – it’ll just be with the intention of desecration of Hindu faith. Temples or any place of worship are bound by the philosophy and rules of the presiding deity, they’re not tourist’s spots to land up for photo shoots and to “check it out” when one feels like. And in the end THAT is what they want to turn Hindu temples and faith into… museum relics and tourist destinations. A dead Hindu is a good Hindu?

Majority Hindu temples follow no gender restriction, barring a few exceptions like Sabarimala, Shani Shignapur etc. Even there it’s not a blanket ban but nuances based on the philosophy of that particular deity. Also is it is worth noting that some other Kerala temples like Attukal or Chakkulathukavu, men are not allowed whereas women are. So putting across of the Sabarimala petition as a gender discrimination issue by Naushad Ahmed Khan, President of the Indian Young Lawyers Association (one of the two main petitioners, who’s neither a woman nor a Hindu) is nothing but a Hinduphobic agenda. No wonder he does not petition against the law allowing Muslim men polygamy, as perhaps in his eyes that is not a case of discrimination against women.

Which Hindu women were they representing? The ones who were feeling discriminated upon sitting in their living rooms enjoying Sufi songs with ‘atheist’ in social media account bio? Or the real women who made the pilgrimage at the prescribed age/waiting for the right age to make the pilgrimage? How many such believers did they talk to? How many women who believe in Lord Ayyappa, give consent to go ahead and file a plea against their faith? Why don’t we know the names or data of those real devotees? Why is it just the left-liberal-elite-urban nexus that has been at the centre of this case?

Do you remember that character Trupti Desai, the so-called gender equality activist but more like the anti-Hindu activist? The same one who went and successfully desecrated the Shani Signapur shrine? For all her aggressive enthusiasm, I wonder how many times a year does she do the Shani temple pilgrimage currently. Similarly, how many of these suddenly ‘equalled’ women would go-to Sabrimala now? Some may, as I said, to spite the hand-tied Hindus of faith, but most of them don’t really care about the ‘Right to visit One particular temple’ because they don’t go to the other hundreds of welcoming temples either. Forget caring about right to temple entries, they don’t even care about gender equality and women’s rights.

They are mostly privileged elites who define feminism with a blanket definition. Either you fall in line else be branded anti-women. Which I think now would be the case for the sole women Judge in the 5 Judge bench hearing the Sabarimala case. Justice Indu Malhotra was the only one who dissented which resulted in a 4:1 verdict. She observed “Equality in matters of religion must be viewed in the context of the worshippers of the same faith. It is not for the court to determine which practices of faith are to be struck down except when they are evil, for example, sati”.

I could ask what the gender equality activists are doing about other religious places discriminating like Haji Ali? But I’d rather ask; despite on-the-ground social discriminations and limitations that women of the country still face (especially in certain communities) and that need real consistent representation, what motivates these so-called activists to go poking around in very specific Hindu rituals like that of Sabarimala? How am I not to look at this entire 2-3 years of a legal circus as plain single point anti-Hindu agenda? Whereas rapes in Churches and Madarsas only draw a blank from this lot. No one petitioned, rallied, wrote Op-eds from this gang on how a rapist Church priest could go scot-free for months despite the case being known openly. But one standalone Hindu temple’s right to admission clause is a huge threat to gender equality!

None of these activists even want to realise that Hinduism cannot be viewed from the Abrahamic lens. Hinduism has crores of Gods and Goddesses, each one with a specific ritual and tradition. They refuse to realise that in Hinduism, the deity itself has rights that cannot be infringed upon. As Justice Indu Malhotra observed, the courts should interfere in faith only if a tradition shakes the conscience of humanity, and this specific ritual doesn’t fall under that category.

These overnight activists fail to realise that the Sabarimala ritual is not because it discriminates against women but because it is the tradition and right of that specific deity. They fail to realise that the change in ritual or tradition of that one temple should depend on what the devotees of that temple and that deity believe, not because the ones who don’t believe in that deity at all want to impose some misplaced sense of activism on the devotees. Hinduism is not a coded, one book religion like the Abrahamic ones. When people who don’t even have faith, go after specific rituals or specific deities, they expose how their minds have been colonised by Abrahamic principles to such an extent, that the ‘tolerant’ and ‘liberal’ fail to accept diversity.

I’m a Hindu woman and believer who is #READYTOWAIT and with this verdict, I feel utterly cheated and defeated. Cheated and defeated by these false petitioners who didn’t represent me (and thousands like me) and yet cheated me out of my right to choose to wait. But mostly, I am angry. Very angry.

(A Bengali version of the article is being published in bangodesh.com) 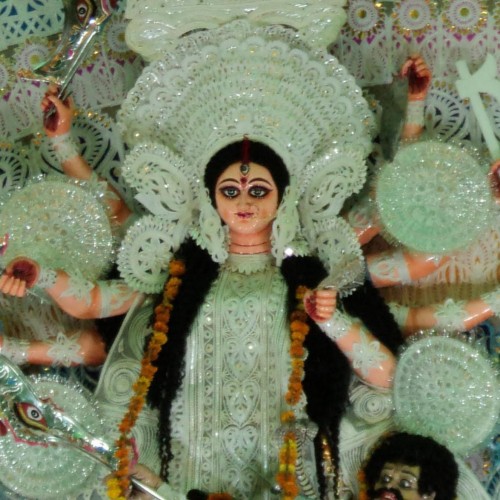