I spy with my little eye, some Gandhi quotes ‘Liberals’ would never share 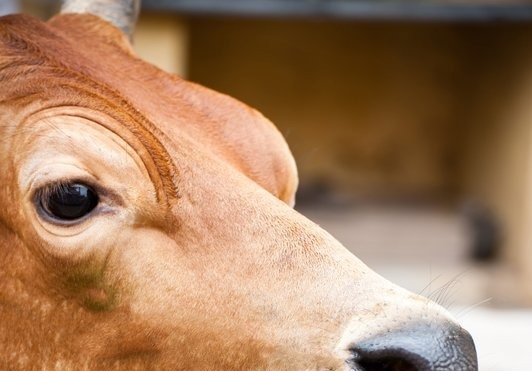 The nation is celebrating Gandhi Jayanti today and it is again that time of the year when liberals will lecture Hindutvavadis to take lessons from the life and deeds of Mohandas Karamchand Gandhi. And yet, there are some ideas and teachings of Gandhi that they conveniently ignore. Here, we shall look at a few quotes by Gandhi that liberals would do well to take lessons from.

If God gives me the privilege of dying for the Hinduism of my conception, I shall have sufficiently died for the unity of all and even for Swaraj.

Gandhi was a staunch proponent of cow protection as is evident from his words.

Cow preservation is an article of faith in Hinduism.

Gandhi gave more importance to cow preservation than the chanting of Mantras and the observation of strict rituals. Indeed, he was of the opinion that Hindus will be judged by their ability to protect cows.

According to Gandhi, cow preservation is indeed a sacred duty.

The Cow is a poem of pity. One reads pity in the gentle animal. She is the mother to millions of Indian mankind. Protection of the cow means protection of the whole dumb creation of God. The ancient seer, whoever he was, began with the cow. The appeal of the lower order of creation is all the more forcible because it is speechless.

The cow is the purest type of sub-human life. She pleads before us on behalf of the whole of the sub-human species for justice to it at the hands of man, the first among all that lives. She seems to speak to us through her eyes: ‘you are not appointed over us to kill us and eat our flesh or otherwise ill-treat us, but to be our friend and guardian’.

Gandhi’s devotion towards cows is in stark contrast with liberals who constantly spread vile propaganda against Gau Rakshaks while giving a free pass to cow smugglers who are known to attack even the Police during their crime spree.

Mother cow is in many ways better than the mother who gave us birth. Our mother gives us milk for a couple of years and then expects us to serve her when we grow up. Mother cow expects from us nothing but grass and grain. Our mother often falls ill and expects service from us. Mother cow rarely falls ill. Here is an unbroken record of service which does not end with her death. Our mother, when she dies, means expenses of burial or cremation. Mother cow is as useful dead as when she is alive. We can make use of every part of her body-her flesh, her bones, her intestines, her horns and her skin. Well, I say this not to disparage the mother who gives us birth, but in order to show you the substantial reasons for my worshipping the cow.

My religion teaches me that I should by personal conduct instill into the minds of those who might hold different views, the conviction that cow-killing is a sin and that, therefore, it ought to be abandoned.

Preservation of cattle is a vital part of Goseva. It is a vital question for India . . . There is urgent need for deep study and the spirit of sacrifice. To amass money and dole out charity does not connote real business capacity. To know how to preserve cattle, to impart this knowledge to the millions, to live up to the ideal oneself, and to spend money on this endeavor is real business.

Gandhi had a few words to offer to missionaries as well.

I recall having read, at the brothers’ instance, Madame Blavatsky’s Key to Theosophy. This book stimulated in me the desire to read books on Hinduism, and disabused me of the notion fostered by the missionaries that Hinduism was rife with superstition.

Given Gandhi’s intense dedication and devotion towards Cows, it is extremely hypocritical of liberals to chastise Hindus on the basis of only one side of the story while they do the most disservice to Gandhi by not adhering to his sermons on cow protection.