Twitter users promptly pointed out some glaring details to the deputy CM of Delhi. 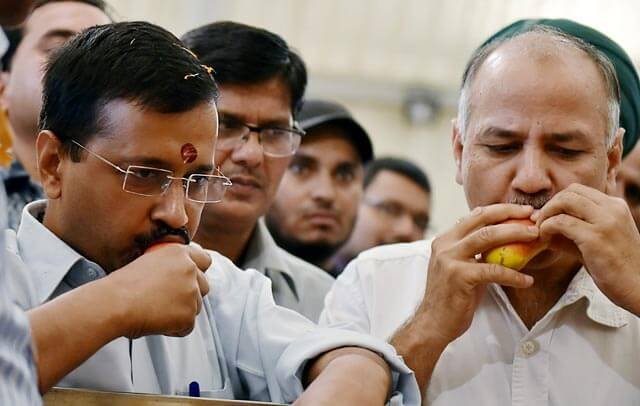 Amidst the increasing demands of the construction of Ayodhya Ram Mandir, Delhi’s deputy Chief Minister and AAP leader, Manish Sisodia offering a solution to the long drawn dispute over the decades-old Ram temple issue came up with the old rhetoric, saying “Build a university instead”.

Emphasising that ‘Ram Rajya’ can be ushered through education and not by constructing a grand temple, Sisodia said in an interview, “My stand is that with a consensus from both sides (Hindus and Muslims), let’s build a good university at that place. Hindu, Muslim, Christian, Indian, foreigner, students from all communities may attend that university and from there should spring Lord Ram’s ideals. Ram Rajya would come if we teach our children and not by building a mandir.”

However, some keen observers on Twitter did not leave the opportunity to mock Sisodia for his unconnected epilogue.

Manish ji, Talking is not under the preview of GST, that does not mean you talk loads of bluff…Dada, Please refer Point no 21 of your Manifesto for Delhi,Please update how many Colleges you have opened in Delhi since you came in Power..Ayodhya pe Gyaan Baad mein peliyega. pic.twitter.com/2loT3ceyxq

Mr @msisodia Manish Sisodia. You are advocating for making a university at #AyodhyaRamMandir. Why don’t you make a hospital or university in the amount which u r planning to invest in making of a Haj House@prafullaketkar @RSSorg#Hypocrisy@ArvindKejriwal @AamAadmiParty pic.twitter.com/msoT6p8yzM

Netizens were quick to criticise the AAP government’s incompetence and said that they should first uplift Delhi then think about Ayodhya or the Ram temple.

“Why Not Build University In Ayodhya”: Manish Sisodia Amid Ram Temple Row.
I want to make you clear @msisodia instead of Ram Mandir nothing can be built in #Ayodhya.
Put you suggestion in your pocket & first take control of #Delhi then come back to #UttarPradesh & #RamMandir.

Amongst other things, Sisodia also spoke about the current wave of caste politics the political parties are indulging in. However, he did not mention about AAP leader Atishi Marlena dropping her surname and later being shown as Atishi Singh in AAP banners as a preparatory step for the upcoming Lok Sabha elections. He also ignored mentioning his CM Kejriwal promising a Dalit deputy CM for Punjab during the assembly election campaign in 2016.

Talking about the Lok Sabha elections due next year, Sisodia emphasised that AAP would be focusing on all the seven Lok Sabha seats in Delhi, along with Punjab and Haryana.