GCCI President Jaymin Vyas has now confirmed that even though invitations were sent, no visa has been issued to Pakistan's delegation by Government. 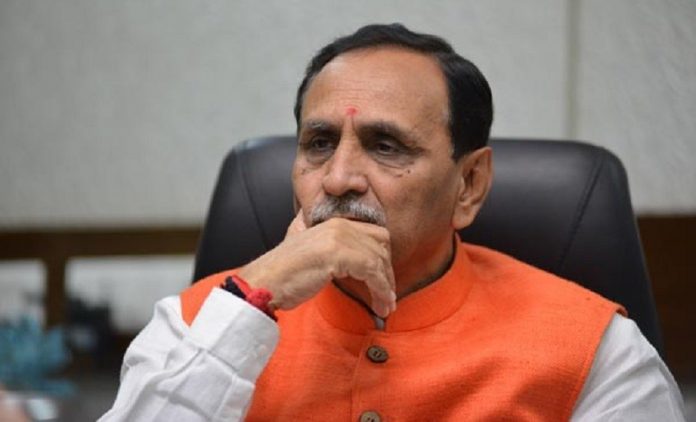 CM Vijay Rupani has turned down reports suggesting that Pakistan will be part of 52 delegations from various countries, attending the Global Conclave of International Chambers event at the Vibrant Gujarat Summit, to be held this month. It was earlier reported that 7 delegations from Pakistan will attend the event, out of which two delegations were to be from Faisalabad, and one each from Islamabad, Peshawar, Karachi, Punjab province and Khyber Pakhtunkhwa.

According to reports, Gujarat Chambers of Commerce had earlier sent an invitation to Karachi Chamber of Commerce to attend the summit. However, the delegation cancelled their visit as they have not got a visa.

“No delegation from Pakistan was coming for the Vibrant Gujarat Summit. There were discussions about it, but it is not true,” CM Rupani was quoted by reports.

Gujarat Chief Secretary JN Singh, last week created a controversy after he said that decision to invite Pakistan was undertaken by GCCI. He added that no invite was sent on behalf of Gujarat Government.

“Karachi Chamber of Commerce is also one of the global trade bodies invited by the GCCI. The government has not sent an invitation. And, there is nothing wrong in it.” J N Singh was quoted last week.

After the invitations were sent, Shiv Sena unit of Gujarat had written a letter to Gujarat government condemning the move. The letter said that Pakistan is an enemy country, and sending an invitation to it, is an anti-national act. It added that, amid a large number of ceasefire violations by Pakistan, and its continued backing of terrorism, the invitation should be immediately revoked.

GCCI President Jaymin Vyas has now confirmed that even though invitations were sent, no visa has been issued to Pakistan’s delegation by Government.

“…. we received a communication from them( Pakistan’s delegation), saying they have cancelled their India visit as they have not got visas,” Vasa told reporters in Ahmedabad. He also added that they had already received 13-member delegations’ travel plan.

This not the first time, that Pakistan has been declined invitation to Gujarat Summit. In 2013, Pakistan delegation had arrived in Gujarat to attend the summit however they had to go before attending the event, in the wake of escalating tensions at borders.

Government’s move to deny a visa to Pakistan delegation is in tandem with India’s stand that “terror and talks can’t go together”. Last year, India had severed talks with Pakistan and also had cancelled the proposed talks between India MEA Sushma Swaraj and Pakistan foreign minister at the sidelines of the UNGA meeting in the United States in the wake of dastardly kidnapping and killing of three policemen in Jammu and Kashmir’s Shopian.

The Vibrant Gujarat Summit is a biennial event, started by Former Chief Minister of Gujarat Narendra Modi. Its aim is to boost the commerce and trade relations with its foreign counterparts. It is a three-day event starting on 18 January. About 115 delegations from across the 15 countries will attend the event. PM Modi will inaugurate the event and will also take part in a one-on-one meeting with leaders of the delegations.