Despite your evident bigotry, you want us to trust you and accept you as our leader! Well, I can not cheat my conscience, to say the least.

Let me start by introducing myself. My name is Saksshi and I am a Kashmiri Pandit born into the Vishwamitra-Vasishta gotra. However, after my marriage to a fellow Kashmiri, I now belong to the Pat Svamina Kaushika gotra. As a fellow community member, I am taking the liberty to assume your knowledge about the gotra system followed within our community for granted. You staked your claim as a Dattatreya (Koul) Brahmin in November 2018 at Pushkar during one of your temple runs. Such a sudden revelation created ripples in the political circles and earned you a considerable ire.

As far as my memory and records in the public domain suggest, your grandfather Mr Feroze Gandhi was a Parsi. However, there is uncertainty clouding over the faith of your father and late Prime Minister Mr Rajiv Gandhi. Let me tell you something, gotra is a legacy passed on from one generation to the other. You inherit it from your father just as the way you inherit his surname. Honestly, you don’t choose the gotra, the gotra chooses you! For your information Mr Gandhi, gotra is not a commodity, which you can borrow and discard at the leisure of your will and political needs. I am sure you would agree with me when I say I am entitled to my legitimate doubts about your flimsy claims.

Paradoxically, I see your political compulsions. For years, you have been trying hard to find a footing in the political scenario in India. Success has been more or less elusive to you. You haven’t been able to capitalize on the advantage of being born in the political Nehru-Gandhi family either. Ironically, most of us common Indians including my 8-year-old son believes that you are a perfect mismatch for Indian politics. He thinks you should quit active politics and take up comedy as your primary career. You don’t cease to amaze him with your comic and incomprehensible speeches. He says you and politics are an oxymoron!

Personally, I don’t identify with your kind of politics and ideology. You are deeply biased but your prejudices are camouflaged under the garb of secularism. Needless to say that a particular section of Indians has an appetite for your kind of secularism, which clearly translates into anti-Hindu sentiments.

Mr Gandhi, it is an open secret that your political misadventures are conveniently buried and brushed by the left-leaning Lutyens ecosystem. Time and again, the Main Stream Media (MSM) has showered its benevolence on you through their unconditional support to whitewash your image in public life. Despite their sophisticated efforts, social media has been consistently playing spoilsport, busting your lies and exposing your dubious intentions.

Going by your words, let me ask you, Mr Gandhi, my fellow community member a few questions. Why do you harbour such hate towards the community that you call your own? I say this because as the president of the Indian National Congress (INC) how could you, a Kashmiri Dattatreya (Koul) brahmin ignore the welfare of your own community? How and why does the INC manifesto for the ongoing 2019 Lok Sabha elections not mention a word on the Kashmiri Pandit community that you claim to belong?

Now Mr Gandhi, please do not say that you were not informed or are unaware of the content of your party’s manifesto. That would be too demeaning for your position as the head of the political party. In fact, these days you have been invoking your voters through the same manifesto during your election rallies across the length and breadth of the country. Despite such a conspicuous omission, why am I not surprised? I gauged your intentions a long time ago, so was I even supposed to be, I ask you?

Your conscious ignorance of our err your community and your chronic hatred for Hindus is evident from your erratic behaviour. Your manifesto does not include a single word on us Kashmiri Hindus in the SWABHIMAAN section for Jammu and Kashmir. As a matter of fact, you don’t care two hoots about us, our plight or our rehabilitation. Actually, all that worries you is your manufactured pro-Hindu image. You have no choice but to maintain this image as a counter mechanism to the accusations of your political opponents.

Despite your evident bigotry, you want us to trust you and accept you as our leader! Well, I can not cheat my conscience, to say the least.

On one hand, you claim to be a messiah for women while on the other, you cleverly shy away from taking a stand on the draconian Article 35A. That’s surprising because every Kashmiri Pandit man is worried sick about it. You give me another benefit of the doubt to believe that you fabricated the Dattatreya (Koul) theory for your political gains. If not, then you should be well versed with the evil of 35A that every Kashmiri Pandit woman despises. 35A is a nightmare for every single daughter of Jammu and Kashmir who wishes to marry outside her own caste/state. It puts her fundamental rights at stake and that Mr Gandhi is not fair. While women from my state are vocal about the systematical perils of this article, you seem little aware, leave alone being concerned. And this is precisely what annoys me.

Khushboo, a Kashmiri Pandit woman living in Bangalore is married to a non-Kashmiri. She is indignant about Article 35A as it betrays her of her rights. She says despite being a Kashmiri Pandit, the aboriginals of the land of Rishi Kashyap, the law is highly discriminatory towards her and every girl who marries outside her community. She further adds this article snatches away her fundamental right as a citizen of Jammu and Kashmir. It is disappointing that most politicians like you, Rahul Gandhi, are oblivious to the fact that 35A robs them of their identity, voice, language and culture. She wants such laws to be repealed but thinks no one seems to care as her community is not viewed as vote bank. There are many like Khushboo who have to live with this bitter truth. Sadly, article 35A, which is in clear violation of our rights is not a worthy topic to be discussed by INC or any Congressman.

On the contrary, Omar Abdullah, born to an English mother in Rochford, England doesn’t face a similar heat. He went on to become the 8th Chief Minister of the state between 5 January 2009 and 8 January 2015. His coalition government was supported by your party.  So, Mr Gandhi, if the men are not bound by this article, why should the women be? I am sure, you will prefer your silence over a logical answer to this question as well.

Your lackadaisical attitude is worrisome and thought-provoking. You are a fake Hindu and this is obvious from your appearances in UP’s Amethi, a Hindu stronghold and Kerala’s Muslim dominated Wayanad. Your behaviour is indeed laughable because you don’t even have the courage to wear your faith on your sleeves during public appearances. Or is that you are suffering from an identity crisis?

Coming back to the point, I truly fail to understand how you, a ‘janeudhari Hindu’, is tolerant to rampant abuse of his own community/religion? I have never heard you voice your concern for us. Neither are you vocal about bringing the perpetrators responsible for our genocide and 7th exodus to books? On the contrary, I always find you siding with the anti-Hindu forces. Tragically, you support them and their demands with a ferocious approach but go absolutely mum where you are expected to voice your opinions on behalf of the Kashmiri Pandit community.

This is the modus operandi that Modi gives his blessings for- organized propagation of hate, spreading of fake news, misleading people, rampant misogyny, abusing the Constitution & misuse of religious sentiments to incite hatred. #BhaktCharitra pic.twitter.com/mIVEWBirrE


It is indeed sad that a man who claims to be a Kashmiri Hindu is absolutely clueless about the word “Bhakt.” For your information, Bhakt is not a word Mr Gandhi, it is a sentiment dear to every practising Hindu. Alas! a fake Hindu like you will never be able to decipher its subtle meaning.

So, Mr Gandhi now is time for you to stop satiating the political ambitions of people living around you. I urge you to introspect your political journey thus far and give it a serious thought. For once, shed this unseen cloak and be true to your inner self. Do something that you really like doing. It would be in the best of our interests (yours too) for you to retire from politics and lead a tranquil and dignified life. Perhaps you are not meant for politics, just think about it!

Wish you the best for your future endeavours. May good sense prevail on you. 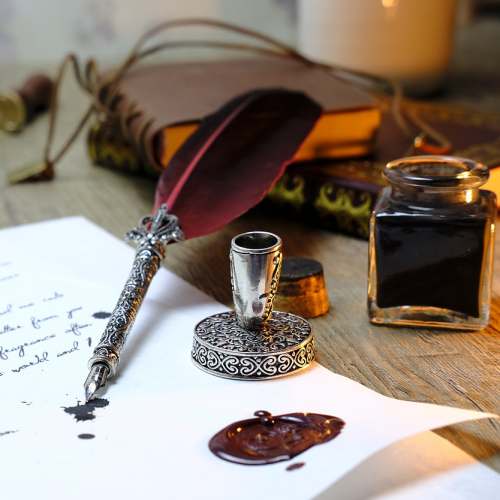