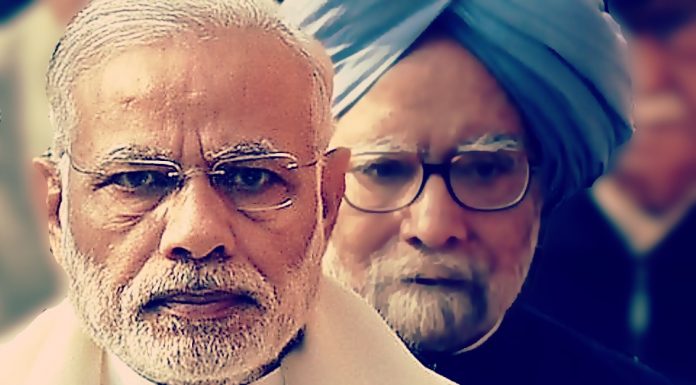 Public Sector Banks’ (PSBs) Non-Performing Assets (NPAs) – this is one of the biggest frauds in recent Indian economic history whose effects have been endlessly discussed but whose roots have gone virtually unnoticed. “Phone banking”, banking frauds, corruption in contract awards, cheating with the public, investors, insurance companies – the NPAs involved a lot.

A few months back, the National Company Law Tribunal (NCLT) passed liquidation orders in case of Lanco Infratech, which had a huge debt of over ₹50,000 crore but which found no genuine takers during the bankruptcy proceedings.

It’s a perfect case study on:

The company and its founder

Lanco was a small company and an unknown name until 2004. As per its FY 2004 standalone financials, its net worth and debt were below ₹100 crore and it earned a profit of meagre ₹4.2 crore.

Lanco’s founder Mr L Rajagopal, son-in-law of veteran Congress leader P. Upendra, was known to be close to Sonia Gandhi. In 2004 elections, he won Lok Sabha elections on a Congress ticket and became an MP in 14th Lok Sabha, continuing in the 15th Lok Sabha as well.

Starting 2005-06, despite the limited capital in its balance sheet, Lanco started bidding for huge infrastructure projects. From 2005-13, Lanco exponentially grew into EPC (Engineering, Procurement & Construction), Power, Roads, Solar, Wind, Real Estate and Mining. As will be clear to any industry observer, most of these businesses need political influence.

Lanco’s debt increased to a whopping ₹40,000 crore in a matter of few years during UPA. How and why were these loans made? What business vetting was done? These answers will never be clear.

One of the notable bid wins was in 2006-07 for ₹20,000 crore Sasan Ultra mega power project (quoting very low tariffs, which raised eyebrows even then). Lanco won this bid citing collaboration with Singapore firm Globeleq (possibly to meet the bid criteria). Interestingly, a few months later, Lanco acquired Globeleq Singapore. It was argued to be a possible case of fraud, and as a result, other competing bidders made a lot of noise, after which the bid was cancelled.

In several other situations, Lanco would obtain substantial reappraisals after winning a contract at low prices. In most cases, it was successful in retaining the project despite seeking reappraisals.

Lanco’s modus operadi was sophisticated. Lanco group companies used to bid for large infrastructure projects outbidding competitors by wide margins in many cases (in some cases taking help of shady global shell companies to meet bid criteria). It would then obtain loan sanctions from the PSBs for the project on the debt-equity ratio of 4:1 when the prevalent norm was 2.33:1. It used to award the EPC contract for the project to its group companies which used to charge ~10-15% margins on the total cost of the project. Also, as per media reports, Lanco used to do gold plating, meaning inflating the cost of projects, while the actual costs were lower.

To illustrate with an example, let’s take a project whose real cost of execution is ₹90 at the time of bidding. Now, what Lanco, as per media reports, would inflate the cost to ₹125 and take the project proposal to banks. Many bank officials were also potentially part of the fraud and therefore despite aggressive bidding and gold plating, projects used to get sanctions without much scrutiny. In fact, it used to get sanctions at 4:1 debt-equity, meaning ₹100 to be funded by banks as loan and ₹25 to be contributed by Lanco from its own funds.

Lanco used to award contracts to its own companies for ₹125. A 15% margins would have meant profits from EPC contract almost equal to its required equity contribution in the project. So on paper, ₹20 used to be paid by Lanco Infratech to its EPC company as margins, which in turn used to invest back this money into Lanco Infratech as equity contribution for the project to satisfy loan disbursal conditions. In reality, ₹100 loan itself was enough to – a) execute the project, and b) bribe the politicians, bankers and also make profits for promoters.

Afterwards, most of its project used to have huge cost overruns. So on paper, the final costs were reported to be ₹130-140 or higher. This money also used to get additionally funded by PSBs. This could not have happened without political backing and meddling. Lanco started making money during the construction phase of infrastructure projects, leaving to the banks to run the project profitably because promoters didn’t have real invested capital. In fact, in Lanco’s case, before 2006, there was very limited capital available.

Rise and fall of Lanco

In 2006, in the midst of large project biddings and capital market boom, Lanco came out with its IPO to increase its equity capital. At one point of time before 2011, Lanco’s market value reached near ₹19,000 crore.

There was a misrepresentation, resulting in investors, including small ones, losing their fortune in Lanco. Now the stock has been delisted and the last market value before delisting was near ₹100 crore (probably not a coincidence, that it was similar to its capital in 2004).

During the UPA years, several frauds were allegedly committed by the company. Apart from contract related frauds in the banking system, some of other corruption cases or frauds got widely reported in the media:

As it stands today, Lanco has been ordered by the NCLT to go into liquidation. This process begun only after PSBs tried to find takers for the company and there were no genuine takers at any value. A company with hard infrastructure assets, finding no takers at any value, only means that its assets are of poor quality despite higher spends) and/or its contracts involve corrupt practices and can create future legal liabilities. It does not take much effort to guess what was the case with Lanco.

Modi inherited a mess from Manmohan

This is a perfect case study to observe how during the Manmohan Singh-led Congress government, bank loans and contracts were awarded to own people. These people then defrauded the bank depositors and small investors.

The contracting process often involved black money, kickbacks and favouritism. All this escaped scrutiny even after many individuals were caught on suspicion. The PSBs continued to hide NPAs under the garb of restructuring. The nation meanwhile got really poor infrastructure, making the promoters and the politicians richer. Since not a lot of this was public, it also created market bubbles. When the bubbles burst, the economy ground to a halt.

How did the Indian banking system become so poor so as to Morgan Stanley calling India a Fragile Five economy? The economist PM and his fancy degree holding lackeys presided over India’s NPA crisis, destroying India’s banking system and tarnishing India’s global reputation.

This is what the Narendra Modi led Bharatiya Janata Party/National Democratic Alliance government inherited. This is what the Modi government cleaned up, without degrees, without Delhi connections, and with all the chaiwala criticism. The economist committed sins – of omission or commission, the only history will fix the blame. The chaiwala brought back the country from the brink of disaster.

That Lanco is getting liquidated close to the Narendra Modi re-election bid is a delicious irony of sorts. The shining example of Congress misrule, corruption and pathetic governance is shutting shop right when India’s most loved man is mounting a strong bid for a second term in Delhi.