OpIndiabringing the \'right\' side of India
More
HomeOpinions“When a mob shouted ‘Allahu Akbar’ and we were ready to drink poison if...
Editor's picksFeaturedOpinionsPolitics
Updated: 7 July, 2019

"We had planned to drink rat poison if our colony got overrun. We collected bricks and kept them on the roof to throw in case we were attacked," Nidhi Bahuguna recalls the Meerut riots of 1987.

Hauz Qazi in the heart of Delhi suffered communal tensions and temple desecration. Media except for OpIndia, Swarajya, Organiser and Sudarshan TV, blacked it out till SM pressure forced it to report, albeit in a spun and whitewashed manner.

News of rioting mobs in Meerut, news of families migrating from Prahladnagar revived memories of riots in Meerut.

I grew up in Meerut, a small town in Uttar Pradesh, 80 km away from Delhi. In the 70’s-80’s life in a small west-UP town was predictable, with annual Hindu-Muslim riots being something one grew up with. The riots always happened in another strata, away from the placid existence of middle class, in the narrow winding alleys of the old town.

We always knew riots were sponsored and the horrors bypassed us. Hindus and Muslims existed in many layers in Meerut: the middle class, upper middle class. Hindus and Muslims had deep friendships, fostered over generations. The unspoken code was if a Hindu got caught in a riot in a Muslim friend’s home in a Muslim majority locality, the Hindu would remain safe, to be bought out after situation calmed down and vice versa.

My grandmother subscribed to an Urdu newspaper. It was a sign of social sophistication to know sher-o-shyri. Tailors of Hindu households were Muslims, whose expertise at making churidaars and shararas was unsurpassed. The winding alleys in the Muslim-dominated areas were an alien universe to us.

The female residents disgorging themselves out on the weekly Monday pent (street market) wearing burkhas, which were not a common sight in Meerut middle class/upper middle class Muslims. Other than occasion when the residents of the mysterious other world came out was during Muharram processions, life went on in parallel streams.

In 86-87 all this suddenly took a different turn. Riots became violent, more intense and spread into middle class neighbourhoods.

It was early morning in Shastri Nagar, a hindu majority middle class colony. On an early morning in the summer of 1987, far away slogans of Allahu Akbar suddenly filled the air and dark black cloud of smoke appeared on the horizon. Before we could know what the matter was, suddenly lots of neighbours living on the outskirts of Shastri Nagar (a Hindu majority colony) next to Hapur Road (a Muslim majority area) began running in on foot, on scooters, on cycles. They said a muslim mob had attacked them and they were throwing burning tyres into their homes. They also said a petrol pump had been burnt on Hapur road.

We climbed up on the roof and could see a mob approaching the main road, throwing burning tyres and chanting Allahu Akbar. I remember my father, a frail committed communist, picking up hockeysticks and waking my pre-teen brother to get ready to protect the colony.

Early morning milkmen were coming in cycles from nearby villages. When they saw the mob they rushed back and returned with desi katta (guns) and started confronting the mob with slogans of Har Har Mahadev.

The MP of Meerut was Mohsina Kidwai of Congress. My grandmother was a Congress worker. We rang her residence from the lone phone in our neighbourhood, but she was in Delhi and no one was there to help us. One uncle rushed to the police chowki on the much treasured Bajaj, but was informed there was no police force available since all had been sent to Delhi to deal with a farmers’ rally. Only a few policemen were there with lathis.

Suddenly we realised we were helpless, unprotected and only had ourselves. We had no weapons except hockeysticks, lathis, kitchen knives. The villagers meanwhile had routed the mob .The colony was new, with open fields all around and the mobs would attack from different fronts,from an area called Zaidi farms, but were mercifully kept at bay by the katta wielding villagers.

This continued for weeks. Curfew was imposed. It was the month of Ramzan. Whole night the men of the house would take turns at keeping watch. The residents of the outer areas came to live with us. Till late night women would huddle up in the park and then all would be sleeping in a few designated safe houses on the roof.

We had planned to drink rat poison if our colony got overrun. We collected bricks and kept them on the roof to throw in case we were attacked. The nights were scary with ears straining to hear any sounds of mobs attacking. A few attempts were foiled by the police and our own watch parties .

Pre dawn, drums would beat at a nearby mosque. Then slogans would be broadcast on the loudspeaker. Pakistan zindabad would be followed by threats of violence. We would be told that instead of bakras Hindus will be given in Qurbani. Then news that the muslims had destroyed the Chandi temple (false) would be announced. Then they would also announce the Hindu areas they had attacked and how many they had killed. The broadcasts would fill us with dread, even though later police would debunk these rumors.

A couple of Muslim families in our area were safe. We knew they were not a part of this mindset. But then another troubling event occurred. Absolute strangers came to our colonies and asked about muslim households and warned us against protecting them. The police escorted the Muslim families in the dark of the night outside Meerut to their relatives, while we all distributed their furniture in our homes for safe keeping. The strangers came the next day but police told them the muslim families had left before the riots and showed them empty homes.

Finally the PAC was deployed in Meerut. They were heroes for us. After they were deployed the mosque fell silent. The neighbourhood watches ceased. And we all began sleeping in our own homes.

The strangers disappeared and the muslim families came back.

With our old friends there was no bitterness. We knew we did not subscribe to this madness. And they knew they were safe in our colony.

India Today magazine’s edition was published the riots. I expected that our riots would be covered.

My first betrayal with media began then. There was no coverage of Hindu areas. Only Maliyana and PAC excesses. For us PAC was god send, but for media something else. Normalcy returned. Our Muslim dhobi and ironing guy who lived in area from where the mob came told us strangers had formed the mob .

This was the last major riot Meerut saw. But troubling questions remain.

Who were part of the mob? How were Pakistan Zindabad slogans aired from mosques? Why was there no police force? Why was it sent to Delhi? Who were the strangers who came hunting for muslim families in hindu colonies?

When I see daily news of temple vandalisation and Muslim mobs on streets, my memories from Meerut, 80 km from Delhi, come back from the time we suffered the terror in 1987.

Who is to be blamed? Vote bank politics?

The sense of betrayal remains. So must be with the Hindu families in in Hauz Qazi, Meerut, Agra, Muzzafarnagar, Haryana, Surat, West Bengal and other such places where there is sizeable Muslim population and where mobs are coming out on streets now. Why are these mobs attacking? Is the police helpless? What is the story behind these suddenly daily incidents?

Narendra Modi is in power now. I invest my hope in him to rid India from such days and nights of terror.

This article was originally published on the author’s blog here. 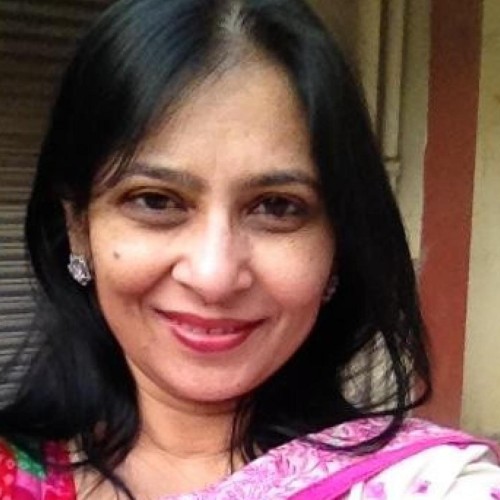