Re-shaping Article 370: Has the Modi government upped its Constitutional game?

Given that the State is currently under the President's Rule, it is being argued in some quarters that the constitutionality of both Presidential Orders is seriously circumspect since neither the Government of the State nor the Legislative Assembly has been taken on board before giving effect to the decision.

These last few days have been exciting, to say the least, but perhaps the words historic and momentous do better justice to them. The lightning speed with which the Presidential Orders of August 5, 2019, and August 6, 2019, have been promulgated thanks to the Centre’s doggedness and determination, has put an end to the 70-year old stalemate created by and surrounding Article 370 of the Indian Constitution.

Contrary to what was widely reported and continues to be reported by the mainstream media, Article 370 has not been “scrapped” or “repealed”. Instead, the Article has been employed to supersede the 1954 Presidential Order with the Order of August 5, 2019, and critically, to extend and apply the entire Indian Constitution to the State of Jammu and Kashmir.

The following results have been achieved cumulatively through the twin Presidential Orders:

The sequence in which the Presidential Orders have been promulgated is of particular significance since the object of the Order of August 5th was to first achieve the replacement of the Jammu and Kashmir Constitution with the Indian Constitution, so as to avoid a Constitutional void.

Further, the Order also paved the way for invoking Article 370(3) by replacing the hitherto inoperable references to the “Constituent Assembly of the State” (which ceased to exist in 1956 once the J&K Constitution came into force), with the “Legislative Assembly of the State”. This way, it was made possible for the President to invoke the amended Article 370(3) through the second Presidential Order to overhaul the entire provision to cement the sovereignty of the Indian Constitution over the troubled State.

Given that the State is currently under the President’s Rule, it is being argued in some quarters that the constitutionality of both Presidential Orders is seriously circumspect since neither the Government of the State nor the Legislative Assembly has been taken on board before giving effect to the decision. While this appears to be an arguable position, it is important to note that the unamended Articles 370(1) & 370(3) began with non-obstante clauses, meaning thereby, that no other provision of the Constitution could have been used to fetter the application of any of the powers of either the Parliament or the President under Article 370. This means that such powers were available for exercise even during the subsistence of the President’s Rule under Article 356.

As for the legality of amending Article 367 through a Presidential Order under Article 370, the Government may have been inspired by the ruling of the Supreme Court in 1961 in Puranlal Lakhanpal v The President of India wherein it was held by a Constitution Bench that the power of the President under Article 370(1)(d) even extended to the insertion of an altogether new provision in the Indian Constitution in relation to the State of Jammu and Kashmir. This decision was rendered in the backdrop of a challenge to Article 35A on the ground that the President could not have inserted Article 35A through powers under Article 370 since it was in violation of the procedure for Constitutional amendment prescribed in Article 368.

Since the Supreme Court upheld the validity of Article 35A by enlarging the scope of powers of the President under Article 370(1)(d), one suspects the Government too can defend the amendment to Articles 367 and 370 by placing reliance on the very same judgment. In other words, if the opponents of the current Presidential Orders wish to challenge the constitutionality of the amendment to Articles 367 and 370 on grounds of violation of Article 368, they cannot do so without conceding that even Article 35A was introduced in 1954 in violation of Article 368.

Interestingly, the Home Minister Shri Amit Shah referred to Article 363 in his speech in the Parliament introducing the resolutions relating to Article 370. Those who have already approached the Supreme Court challenging the Presidential Orders and those who wish to join the queue should perhaps read Article 363. This is because the said Article effectively takes away the jurisdiction of the Supreme Court or any other Court in relation to a dispute which relates to a covenant or treaty or any other instrument entered into by the Ruler of a Princely State with the Indian Union.

While none of this precludes further challenges to the Presidential Orders before the Supreme Court, and it is anyone’s guess which way the Supremes will ultimately rule, this much is clear that a lot of thought has gone into the ideation and execution of Operation 370 in all respects, not just legal.

This is also proof of the fact that the BJP has now understood that it is possible to find solutions for “core issues” within the four corners of the Constitution. One sincerely hopes that the very same commitment, focus and execution are brought to bear on other core issues. 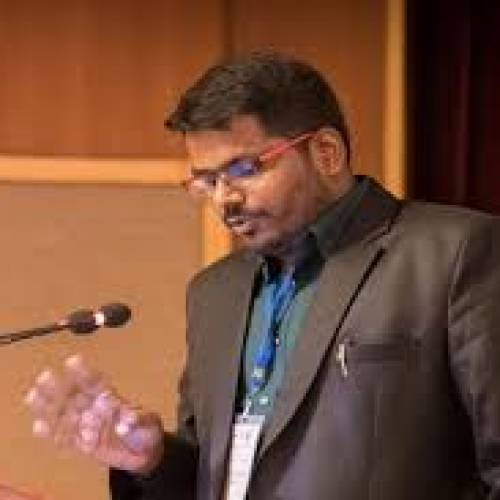