Two days after Kamlesh Tiwari was brutally murdered by Jihadis, ‘seculars’ launch a tirade against Hindus to shield Islamism

Prominent people from their community refuse to address the morbid hatred that festers in the heart of significant sections of the Muslim community. And yet, they attempt to convince the world, even achieve some relative success in doing so, that Hindutva is the real problem here when it's definitely not the case. 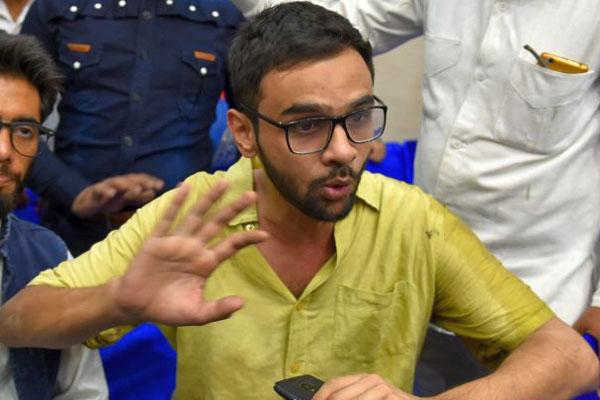 The brutal murder of Hindu activist Kamlesh Tiwari for his remarks against the Muslim prophet has opened the pandora’s box on social media. In response to the murder, people on social media have been trending hashtags that will be considered blasphemy by Muslims worldwide.

Muslims and liberals, meanwhile, are using these hashtags to deflect attention from the brutality of the crime. In doing so, they are revealing precisely the problematic nature of their ideological beliefs. They seem to think hashtags on Twitter reflect a greater hatred than actual murders for blaspheming against Islamic beliefs.

Umar Khalid, a prominent ‘far-left’ activist and son of a former SIMI member (now a banned terror outfit), took to Twitter to announce that the “Hindutva brigade is desperate to divide”. He further claimed, “In their hatred for Muslims & Islam they are now openly abusing the Prophet.”

The Hindutva brigade is desperate to divide. In their hatred for Muslims & Islam they are now openly abusing the Prophet. How do we respond? The life of Prophet Muhammad (SAW) teaches us that the best way to respond to hatred is by love & compassion.#ProphetofCompassion

Khalid’s tweet is problematic at multiple levels. The seeds of division were not sown by the ‘Hindutva brigade’. They were sown by people from his community who murdered Kamlesh Tiwari for his comments. They were sown by people who were out in the streets rioting and damaging property while calling for Kamlesh Tiwari’s death. The hashtags are merely in response to it. They are not the cause. Attempts to use the hashtag to whitewash the real reason for the divisions in our country reeks of malice.

Read: Lest we forget: When countless Muslims marched, went on a rampage and rioted demanding the head of Kamlesh Tiwari

Shahid Siddiqui, another Muslim ‘intellectual’, while responding to a tweet that claimed Muslims on social media spread love after being ‘provoked’ by the ‘Hindutva brigade’, claimed that ‘True Muslims’ never abuse the Gods and ‘personalities’ of other religions. All of us know that it’s a lie.

Even Siddiqui, if he has an ounce of integrity, knows that it’s a lie. However, the lies must be spread with a straight face anyway. Because the objective here is to somehow deflect the blame for deteriorating communal relations and pin it on the ‘Hindutva Brigade’.

The tweet quoted by Siddiqui professes a sentiment that appears to have great support among the liberal crowd. That the ‘Hindutva Brigade’ spread ‘hatred’ on social media and Muslims responded with ‘positivity’ for which the latter group deserves much credit. The sentiment was conveyed by others as well.

Hindutva brigade ran an abusive hashtag against Prophet Muhammad (SAW) but Muslims and others responded with positivity. Best answer to hatred is the moral strength that the Prophet stood for. #ProphetofCompassion

Such people appear to live in a world of their own. As long as Muslims still riot on the streets calling for someone’s death for blasphemy and kill people for it, it doesn’t really matter what they say on social media, does it? Moreover, not a word has been said on the Muslims who were celebrating Kamlesh Tiwari’s murder on social media. It’s understandable why such people are saying what they are.

For them, every event is about politics and shielding the Muslim community from any introspection. The greater goal is, obviously, demonizing Hindutva and people who support the ideology. The hatred that festers in their hearts against Hindutva isn’t much different from the one that festered in the hearts of Kamlesh Tiwari’s murderers. The only difference is that such people do not wish to participate in violence and will not endorse violence for blasphemy, at least in public anyway.

A political analyst Abdul Razack Khan refused to condemn Kamlesh Tiwari’s murder and went so far as to say he deserved it. This was an individual who most people would have believed until yesterday was a ‘Moderate Muslim’. However, we are told by people like Umar Khalid and Siddiqui that Hindutva is the real problem here. This is one of the many reasons why the Muslim community hasn’t reformed to this day.

Prominent people from their community refuse to address the morbid hatred that festers in the heart of significant sections of the Muslim community. And yet, they attempt to convince the world, even achieve some relative success in doing so, that Hindutva is the real problem here when it’s definitely not the case.