Why is this ridiculous narrative being peddled? Do these sycophants really don’t have anything better to question Narendra Modi with but to bring up a part of history that has absolutely no relevance today?

It is quite appalling to see many who’re part of the ecosystem create a narrative that today’s India reeks of Hitler’s Germany. The latest example being that of Punjab Chief Minister Amarinder Singh who said that what’s happening today is similar to what happened in Germany in the 1930s.

Not only does this comparison stink of political desperation and a blatant disregard for the atrocities that the Jewry of Europe faced but also a shocking dearth of basic knowledge of what happened in Germany under Adolf Hitler. This article aims to infuse some sense and awareness of the truth in the shallow brains of those who trivialise the watershed event of the systematic elimination of over five million Jews.

On 27 February 1933, the German parliament building, the Reichstag, caught fire. It was believed that Herman Goering, a Nazi leader and the Minister of Interior, was responsible for the fire. But Hitler blamed the communists and anarchists.

This incident allowed Hitler to enable the First Decree which reduced civil liberties of Germans thus paving the way to jail anyone. Many political opponents and citizens were taken into protective custody, Schutzhaft, for an undetermined period of time. Those jailed were forced to accept Nazi ideology and methods and were employed in harsh conditions in various infrastructure projects and defence factories.

On 23 March 1933, the Reichstag approved the Enabling Act by which full legislative power was handed to the Reichskanzler, Hitler, and the government. This period of transfer of power ended only when Hitler died.

This led to the implementation of Gleichschaltung which was the forcible coordination and assimilation of the Nazi party and the German state. Soon, the Nazi Party dissolved local elections. Reich leaders were then appointed in order to create a Nazi mechanism parallel to that of the state.

The SA which was the Nazi Party’s paramilitary wing was levelling tacit threats to Hitler. Hitler couldn’t take it. On 30 June 1934, Hitler ordered the SS to eliminate the SA leadership in what was called the ‘Night of Long Knives’. All SA leaders and some other enemies of the Nazi party and conservative figures were slaughtered.

In August 1934, German president Paul Von Hindenburg died. Hitler grabbed this chance to unite the positions of Chancellor and that of the President thus making his status as the Fuehrer an officially national one. Soon, the German army is known as the Wehrmachts wore a personal oath of loyalty to the Fuehrer. To Hitler, mind you, not to Germany or its people.

All trade unions were abolished. In replacement, the German Labour Front or the Nazi Organisation was established. All other political parties were dismantled as well leaving just the Nazi Party as the legal one.

Leftist movements were outlawed. Student organisations were dealt with in the same way leaving only the National Socialist German Student League in existence. The same thing was done to teachers unions.

A Reich cultural organisation was established and all cultural activities had to get its approval. Hitler had gained power on 30 January and that day was declared a national holiday. Soon enough no German citizen could avoid or stay away from the effects of Nazism.

These are only some of the actions taken by the Nazi Party to ensure absolute and iron-handed control on Germany. A small example of how Hitler propagated his views was through the distribution of radios to Germans who didn’t belong to any of those sections of society which he despised. The radio wasn’t a small object to possess. Not all could afford it. But it was simply distributed for free. But, as expected, there was a significant caveat. The radio did not have all the stations. It only had names of German cities on its panel and you could only use it for listening to Nazi propaganda.

Read: India: A land with Hindu consciousness, which will forever be a natural home for Hindus

I don’t even need to compare all that has been mentioned above to the prevailing situation in India. Every single one of Prime Minister Modi’s detractors is hale and hearty, abusing and criticising him on every platform available. No ideologically and politically contradictory organisations have been banned. No cultural restrictions have been placed. And obviously, no opponent has been sent to concentration camps. Any sane person can notice all of this.

Then why is this ridiculous narrative being peddled? Do these sycophants really don’t have anything better to question Narendra Modi with but to bring up a part of history that has absolutely no relevance today? 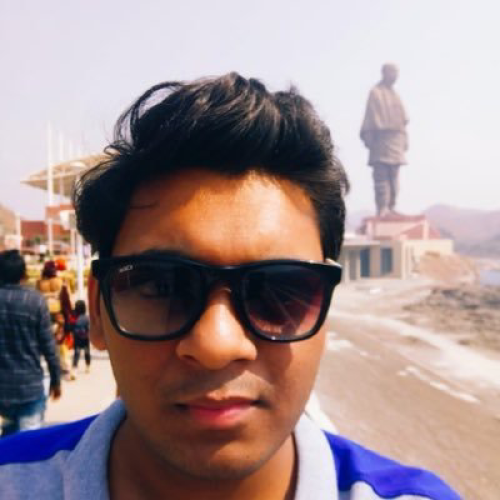