OpIndiabringing the \'right\' side of India
More
HomeEconomy and FinanceAgriculture reforms package: How blindly throwing money at a problem can only worsen it
Economy and FinanceEditor's picks
Updated: 17 May, 2020

Agriculture reforms package: How blindly throwing money at a problem can only worsen it

Neither does the government have fiscal space to keep giving the handouts to all farmers for years, nor does the long festering problems plaguing Indian agriculture can be addressed through handouts alone. Atma Nirbhar Krishi needs our respect, not doles.

Congress leader Rahul Gandhi has asked the central government to reconsider its agriculture reforms package as it didn’t offer any handouts to farmers. Two Nobel prize winning expat economists have also argued the same. Well we only need to reconsider such binary thinking in times of COVID-19.

It is being argued that farmers need immediate cash to survive the crisis instead of big structural reforms. The issues plaguing the farm sector and the COVID crisis are both long term problems. Unfortunately, there is no short-term fix for a long-term festering problem. Sometimes blindly throwing only money at a problem can actually make it worse.

The Indian farmer of today need freedom of access more than handouts. The central government did announce direct benefit transfers to poor families and migrant labourers which would also cover small farmers. The finance minister announced that a one-time transfer of Rs 2,000 has already reached 8.19 crore farmers amounting to total Rs 16,394 crore. Of course, that alone is not enough.

Farmers can’t sell their produce freely as the buyer of produce needs a license to buy. Why can’t we give farmers the basic fundamental right to sell to whosever they want as is enshrined in our constitution?  Do we still want our farmers to fight this once in a century crisis shackled as slaves?

Once industries and consumers are allowed to buy directly, farmers will get better value and they can invest in equipment and infrastructure. Abolition of license permit has a huge wealth multiplier effect. For example, the abolition of license permits and demutualisation has led to an almost 500 times growth in the equity markets over the past 30 years.

MSP and FCI are ineffective

The minimum support prices (MSP) are only provided in cereals where the demand has been waning over the past decade due to change in food habits. Also, MSP prevents farmers to get market driven prices as well as allow them to diversify into crops which are in demand.

The government can put the funds earmarked for MSP to incentivise farmers to purchase crop or for transportation. This will also enable the government to get out of the ineffective Food Corporation of India system of storage and grain distribution.

For example, wheat is sold in retail market at around INR 40-60 per kilo while the farmer sells at INR 16-24 per kilo. Millers buy the wheat from farmers at INR 18-25 per kilo while they sell wheat flour and wheat bran separately to earn a profit between 60 to 100%. The government buys wheat at MSP (which was INR 18.4 for the current rabi season) and its final cost of acquisition is INR 30 factoring in INR 12 of transportation and storage losses. However, many a times government is unable to sell the produce at more than INR 30 per kilo as the quality of grains are mixed and they are not graded.

During the unprecedented disruption due to Covid, some farmers were allowed unfettered access to sell directly to consumers be it housing societies or local mandis.

For example, farmers in Madhya Pradesh started selling organic wheat directly to housing societies at INR55/kg. It’s a win-win situation as customer gets organic wheat at retail prices and farmers get a premium for their produce. Residential societies, cooperatives, or business can do long-term agreements with farmers for their requirements of cereals, pulses, oil, vegetables, etc. also a push to organic farming will help secure our health and immunity in a post corona world.

In Kolkata, pointed gourd (parval) is selling at 20 rupees per kilo compared to its long-term average price of 80 rupees per kilo as farmers don’t have to pay middlemen and police commissions.

We need to focus on making our farmers self-reliant. The goal is to make Krishi `Atma Nirbhar’ so that they do not need any more doles. We are stepping into a new world in the after math of the coronavirus crisis. The crisis is long drawn and it will affect our lifestyle, eating habits, disposable income, consumption patterns, food security and farmers’ income. The only way we can buffer our farmers from this crisis is to make them self-reliant and be vocal about local.

For the past 50 years, politicians have not addressed the farm sector problems amid fears of losing their vote bank. The finance minister’s intent of allowing farmers freedom to sell their produce to anyone and relaxation of stock limits is noble and will liberalise the sector if implemented fully.

To sum it up, neither does the government have fiscal space to keep giving the handouts to all farmers for years, nor does the long festering problems plaguing Indian agriculture can be addressed through handouts alone. Atma Nirbhar Krishi needs our respect, not doles.

However, we also need to be vigilant and implement a strong regulatory framework from the beginning. Even a market driven system breeds monopoly and cartelisation over a period of time as we have seen even in the exchange traded equity markets.

Big corporations can cartelize and swallow the small farmers and cooperatives. They can afford to put billions in supply chains, logistics, cold storage which smaller ones cannot. If we have ‘Amazonisation’ of farming, then it can even depress farmgate prices.

Contract farming will bring in more money and technology to the farm sector once it is passed by the respective states. The farmers also need access to institutional finance for stocking, marketing, transporting or exporting. 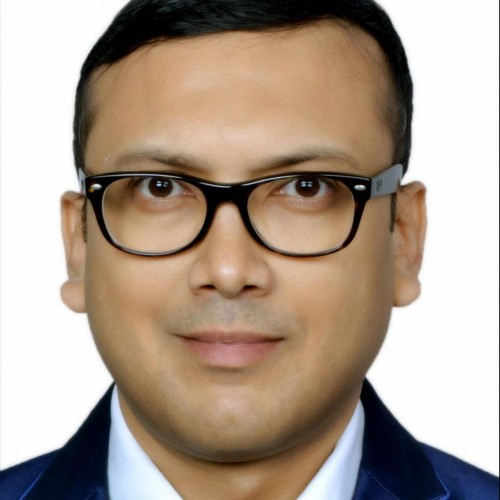 Santanu Chakraborty
Santanu is an award-winning equity and debt market reporter and has worked with Bloomberg News, Dow Jones Newswires and Warburg-Reorg for the past 12 years. He has been writing compelling stories about Indian markets simplifying complexities and providing clarity where there is uncertainty.