A scrap godown manager named Liaquat Khan was arrested Valsad district in Gujarat for insulting the symbols of the country and Hinduism. It was found that in a scrap godown on the highway near Morai Gate in Vapi town of Valsad district, the national flag of India, banners with photos of Lord Ram, and banners of Hanumanji were used as scrap bags, where scrap materials were tied in such flags and banners. came to light in an open scrap godown. After spotting the national flag and Hindu religious flags and banners being used to tie scrap, locals were outraged and filed a case with the police, after which Khan was arrested.

There is an open scrap godown of a man named Liaquat Khan near Morai Gate on the highway from Vapi to Surat. Yesterday, locals while passing by it found bundles of scrap tied in a new cloth in a heap of scrap. Suspicious of seeing it from a distance, the locals went to the spot and checked, and found that the cloth was the national flag of our country. People immediately called up Vapi’s Vishwa Hindu Parishad president and social leader Narendra Payak and informed him about the incident of insulting the national flag.

In an exclusive conversation with OpIndia, Narendra Payak said, “When I got a call about this, I immediately reached the spot. There I also saw scrap bundles tied with the national flag. Then we investigated further there and found the national flag, as well as the banners of Lord Shri Ram and Hanumanji, a symbol of the faith of Hinduism, with scraps tied up. So we rushed to the nearby Vapi Town police station immediately. After we informed the Vapi Town police station, the police rushed to the spot.”

Police acted swiftly and detained the manager of the scrap godown, Liaquat Khan, and seized all these national flags and religious banners. Interrogation of Liaquat Khan revealed that he had purchased the same from a scrap dealer who was filling scrap from a textile mill in Surat. The police have also summoned the mill owner and the scraper from Surat for questioning.

Preliminary investigation revealed that in a textile mill in Surat, where the work of making such flags and religious banners is going on, the entire quantity from the mill was sold in scrap due to some mistake in the printing of a lot of the national flag, which had reached this godown in Vapi on the move. But according to the Indian Flag Code, 2002, this is considered a criminal act.

The Indian Flag Code, 2002 and the insult to the National Flag

According to the Indian Flag Code, 2002, there are two ways to dispose of a torn or damaged national flag – burning or burying it. A strict rule should also be followed while choosing any procedure. These rules are notified as follows.

The code says, “To bury the national flag, collect all the damaged flags in wooden boxes, fold them and place them properly. Bury the box in the ground. Observe silence for a moment after the flag is buried. Another option is to cremate the flag. Choose a safe place and clean it, fold the flag, light the fire and place the flag carefully in the center of the flame. It is also a criminal act that the national flag is cremated without being folded properly or burnt first and later put into the fire.”

There has been an incident of Hindu hatred in Vapi before

Earlier in March, there was an incident of insult to the Hindu religion at St Mary’s School in Chanod, Vapi. The school had sought an apology from two students of St Mary’s School as they addressed each other by saying ‘Jai Shri Ram’. Vishwa Hindu Parishad’s Vapi district president had Narendra Payak reached the school and protested after the incident was reported to local Hindu organizations. After this, the school management apologized to the parents in writing.

The incident was also taken note of at the three-day representative meeting of the Rashtriya Swayamsevak Sangh in Ahmedabad at that time and the Sangh’s Sarkaryavah Dattatreyaji Hosabale had made a statement in this regard.

A police investigation is currently underway into the insult to the national flag and Hindu gods. The picture is likely to become clearer after the interrogation of the mill owner in Surat and a local scrap worker from Surat. 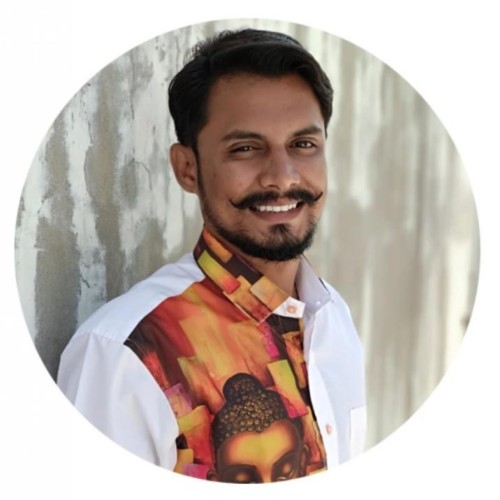 An in-depth analysis of tweets of last one month of Mohammed Zubair of Alt News starting from dog-whistling against Nupur Sharma over 'blasphemy' to his eventual arrest on similar charges.
News Reports

BJP MP Dilip Gosh called out Islamists saying that those who can't win with arguments are trying to win by swords.