For the portrait of Hindu gods and goddesses, the newspaper cuttings used contained news of rapes at an exhibition held at Fine Arts faculty at Maharaja Sayajirao University.

Vadodara based Maharaja Sayajirao University is caught in middle of a storm over an exhibition in its Fine Arts faculty. Some students had displayed objectionable portraits of Hindu gods and goddesses which has sparked outrage. Akhil Bharatiya Vidhyarthi Parishad (ABVP), the students’ wing of Rashtriya Swayamsevak Sangh (RSS), has objected to the same and called for resignation of the dean.

As per information obtained, for the annual painting exhibition of Fine Arts faculty, the students had prepared art work on various topics. However, some of those art work created outrage. While some students used cutouts to make portraits of Hindu gods and goddesses, some made nude paintings. Newspapers were used to make art work with cut outs. However, the news used to make such portraits were of rapes. Which has triggered the row.

Following this, the ABVP workers had reached the exhibition and demanded resignation of the dean amid sloganeering. They also demanded that proper inquiry is carried out on the students and action taken. The ABVP leaders also submitted an application in this regard to the dean and the vice chancellor.

Earlier also the Fine Arts faculty had put up offensive art work which hurt the religious sentiments of Hindus.

Speaking to OpIndia, ABVP leader Vajra Bhatt said that some of the art work for the exhibition in Fine Arts faculty were hurtful to Hindus as the portraits of gods and goddesses were made of newspaper clippings which talked about rapes. If you want to talk and highlight issues of rape, it is fine, but why drag Hindu gods and goddesses? Which is why we are demanding the dean be rusticated. University has assured us that a thorough investigation will be carried out in this case.

In a statement, the ABVP said that in the name of art, the pictures of Hindu gods and goddesses are wilfully distorted and insulted. Further, the pride of India, the Ashok Pillar has also been distorted. Hence, ABVP has asked for strict action against those involved.

However, faculty dean Jayram Podwal has claimed that the images that are viral are not of MSU and such images are not displayed at the varsity.

(With inputs from Lincoln Sokhadia)

Note: Originally published in Gujarati, you can read it here. 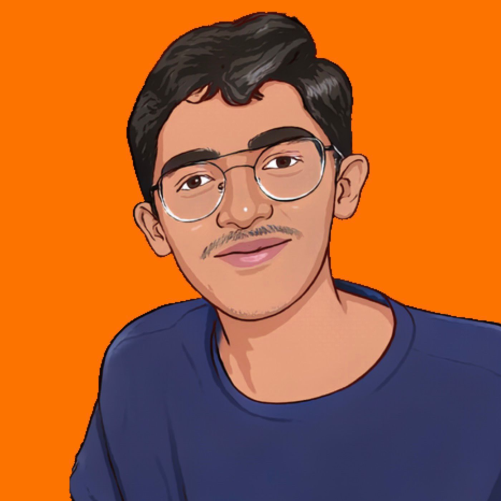 Meghalsinh Parmar
A Journalist. Not an author but love to write.