Right to worship: The good, the bad, and the ugly aspects of the ‘debate’ 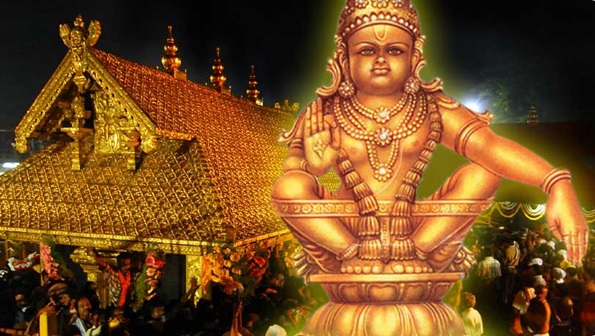 Of late, the media and the activists in India have found a new muse – right to worship. It refers to the right of women to enter some Hindu temples in India.

An overwhelming majority of Hindu temples don’t restrict entry of women, however the activists have focused on two Hindu temples – Sabarimala in Kerala and Shani Shingnapur in Maharashtra (the latter actually allows entry to women, but the inner sanctum is kept out of bound, as is the case of Haji Ali dargah in Mumbai, which no activists are planning to “storm”).

We will not get into the details or merits of both the cases in detail in this article; however this entire activism needs to be analyzed from different angles.

The good thing is that the Hindu community is debating, even though there have been attempts to silence or caricature dissenting voices (read this article about a panelist’s experience when he went to NDTV for a debate) by the so-called liberals.

We can’t deny that women get a raw deal in most walks of life, but this shouldn’t prejudice one’s thinking about the respective temples, which have their own reasons for having some rules that appear discriminatory and misogynist. In fact, the Shani Shingnapur temple recently appointed a woman – a first in five centuries – to head the temple trust. They wouldn’t have done that if they were misogynists.

The outrage by many well meaning people (discounting the “adarsh liberals” types) appears more of an emotional outburst arising out of the belief – which is totally justified – that women are treated unfairly in our society.

And as it happens in most emotional debates, the finer points are being lost e.g. the Sabarimala temple doesn’t deny entry because it considers menstruating women “impure”, but because of local tradition that treats the deity as a “bachelor”.

The good thing would be that Hindus debate and possibly discard this belief that menstruation makes a woman impure. This belief is not unique to Hinduism e.g. verse no 2.222 of Quran also hints at impurity arising out of menstruation. However, Hinduism has a tradition of revisiting beliefs and modifying them in accordance with times. A debate on this won’t hurt. Shastrarth is good, and that’s how different schools of thoughts have come into being in the Hindu religion.

The bad aspect is the attempted hijacking of these movements and debates by the “adarsh liberals”. It is clear that they don’t want reform or debate, but confrontation. Today, a set of activists tried to “storm” the Shani Shingnapur temple. Local residents, which included women, tried to stop them, but the mainstream media clubbed these residents as “right wing” activists.

A situation is being created to send a message as if the Hindu temples or the Hindu society is the most regressive one, and reforms can happen only through aggressive confrontation. This if far from truth.

Remember how Pankaja Munde, the daughter of BJP leader late Gopinath Munde lit the funeral pyre of her father – a tradition that has always been followed by a male relative of the deceased in Hindu families. It was no less a reformist move. It didn’t need any confrontation. Yes, it was easy for Pankaja as she comes from a political family, but that sent a signal.

We are not trying to say that confrontation is never needed, but did these activists even try the non-confrontational approach before deciding to “storm” the temple? Is it really a “right to worship” they are fighting for? Did they try to understand the local customs?

The legal and “logical” ramifications of this activism are almost absurd. R Jagannathan, Editorial Director of Swarajya magazine, has already written how the legal interventions in matters like Sabarimala is making them look like Don Quixote, who sought glory in fighting imaginary enemies like windmills.

On the logic side, it’s terrible. It almost insults logic. Most of these activists are coming up with two counter arguments:

The first – it’s discriminatory – often is a result of not understanding the issue and conflating the temple rules with other beliefs such as menstruating women being impure. Many temples in India have strange rules due to local customs e.g. only wines are offered as prasad in Bhairav Mandir of Ujjain – that doesn’t make wine an acceptable religious beverage among Hindus!

The second logic – where do the scriptures say so – is insidious. This is akin to treating Hinduism like Semitic religions that have holy books, which are the source of everything that is allowed or forbidden. That’s not how Hinduism works – it is an amalgamation of various traditions and beliefs in different parts of the country.

Summing it up, these issues should trigger a healthy debate in the Hindu community about generic gender bias present in the culture, but let not ill conceived arguments and “movements” deny the local communities the right of self-determination.