AAP Government to Journalists: My way or get lost you Sanghi Bhakt

AAP and Arvind Kejriwal have had a love-hate relationship with media. On odd days, Kejriwal threatens to jail journalists, on even days he piggy backs on their over-the-board coverage. On odd days Kejriwal questions Arnab’s salary, and on even days he splashes full page ads across all editions of Times of India, thereby indirectly funding Times group.

In his latest such stunt, the Delhi CM was seen retweeting tweets from journalists, which appreciated his Odd-Even scheme: 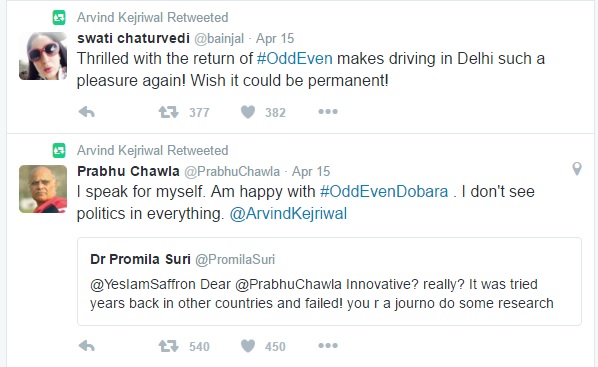 And if, as a journalist you tweeted against Odd-Even, then the Delhi CM wasted no time in attacking your integrity and neutrality:

Of course, the said journalist was then subjected to choicest abuses by AAP social media supporters, some even going ahead and threatening him:

In a further show of Intolerance, AAP is said to have taken vindictive action on 6 journalists who refused to tow the party’s line. It all started with a journalist publishing a blog, which accused the Delhi Government and AAP of avoiding questions and being the sole proprietor of honesty and neutrality.

Next, an ABP News journalist shared the said blog on Facebook, and before he knew it, he was kicked out of Delhi Government’s Media Cell Whatsapp group. Yes, sharing anything questioning AAP is now an offence punishable with ostracization, as per Delhi Government. And yes, the party with a difference also maintains a Whatsapp group of journalists, to coordinate media coverage. 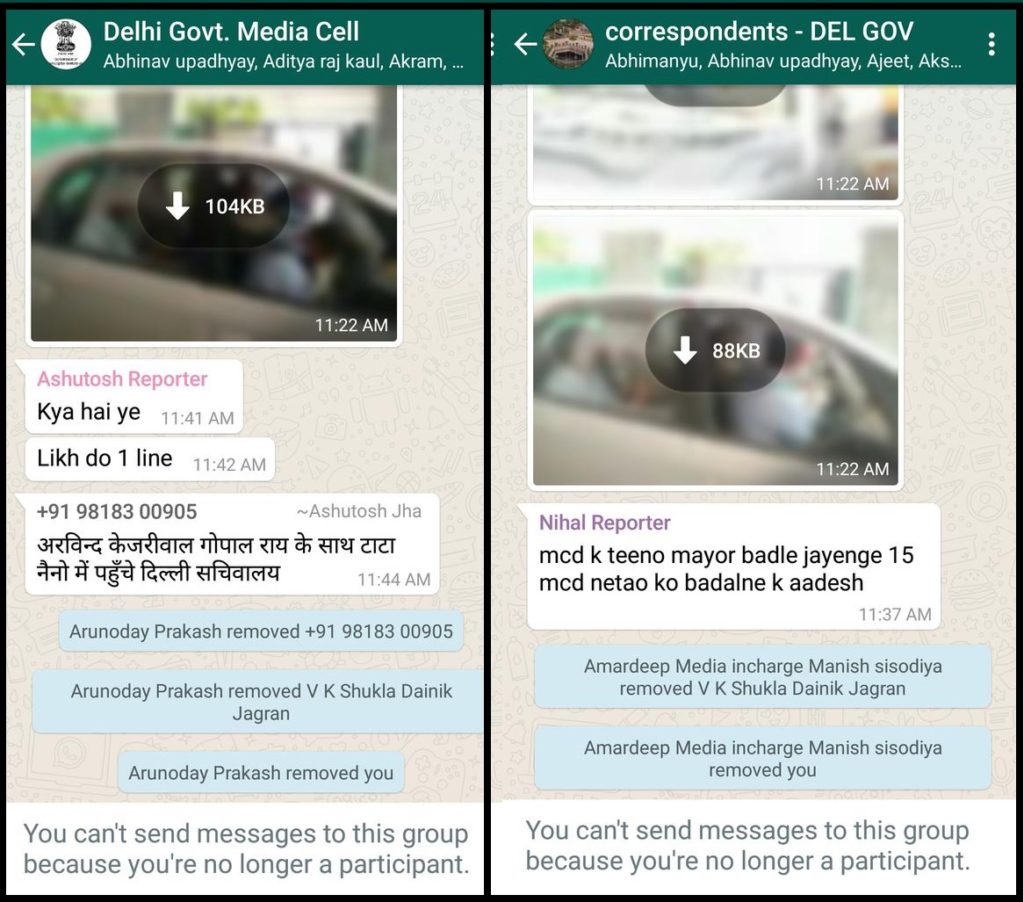 From the screenshot provided by the journalist one can see that another Dainik Jagran journalist was also thrown out of the group. Was this retribution for the Dainik Jagran editor’s “irreverent” tweet earlier, which was singled out by AAP supremo Kejriwal?

Soon it emerged, at least 6 journalists had borne the brunt of the AAP regime:

AAP government kicks out journalists from the what’s app group for not towing to their lines..6 journalist kicked out.

It remains to be seen whether such acts constitute “rising intolerance”, “attack on freedom of press” and an “undeclared emergency” in Delhi.