OpIndiabringing the \'right\' side of India
More
HomeOpinionsBogey against Social Media "trolling", a conspiracy against Free Speech in virtual world?
Opinions
Updated: 2 April, 2019

Bogey against Social Media “trolling”, a conspiracy against Free Speech in virtual world?

On the 19th of May, flipping channels watching reactions on assembly results, I saw a short conversation on NDTV, and it was shocking. For the last one week, I was somehow trying to live with it, ignore it, digest it or perhaps decide a strategy on how to ‘un-see’ this four-minute clip.

Co-Founder and Executive Co-Chairperson of the tainted NDTV, Prannoy Roy asked a question to Arun Jaitley, asking whether ‘disgusting toxic trolls’ who ‘claim to have support of BJP’ could be controlled. Further, he also passed a judgement that “people in Kerala and Tamil Nadu do not like these trolls because the south is a much more peaceful part of India”. Countless wrongs in just two sentences.

A day before, I came across an opinion piece titled “I Was Threatened On Twitter With Rape Like Nirbhaya” by none other than Congress spokesperson Priyanka Chaturvedi. She plugged it on Twitter with a tweet “My opinion piece: facing threats on social media from the RW trolls and Mr. Jaitley you can’t pass the buck on this”. Reading this tweet, the alarm bell rang about a possible concerted effort of the Congress ecosystem to insinuate a fake bubble.

First the Co-Founder and Executive Co-Chairperson, NDTV, Prannoy Roy’s bizarre insinuation on NDTV, followed by Congress person’s blog claiming ‘violence against women’ on social media had all the ingredients to look into this narrative with a suspicion.

Mr. Roy hardly has any opinion to share on Twitter, which to his discomfort is a two-way communication medium. He started using Twitter in 2009, and was active in 2010, but never replied to anyone except a few times to Anand Mahindra, Shahrukh Khan and Karan Johar with 331 tweets in total so far. I am unaware of his mentions on twitter at that time and do not know how toxic his respondents have been. But Mr. Roy was silent on Twitter and only started using it again in late 2014 and 2015. Does that suggest he is more comfortable tweeting since the new Government took charge?

Most of the controversy surrounding censorship of trolls arises from the fact that what we see as “trolls” may not be what people like Prannoy Roy classify as trolls.

Let me here try to define a ‘troll’: There are broadly two types of trolls. One, a Twitter handle which persists on giving unsolicited opinions to get noticed, gets into abusive behaviour, threats, obscene language, harassment and targeted personal attacks.

The other type is the knowledgeable lot, who put hard facts to counter innuendos, some are focused on their subject of interest, some are very sharp and logical, some hilarious and highly sarcastic. In fact according to Prannoy Roy, some media watchdogs who keep a check on mainstream media spins and lies may also be called “trolls”. This lot scares the condescending handles with an established name in the society. We have come to know of them as “Smart Trolls”.

If Prannoy Roy and Arun Jaitley were talking about the ‘abusers’ on the SM, I agree with them. But it is highly unfortunate that it is almost impossible to have a check on such handles. Some of these abusive trolls are launching vicious attacks on women, which many users might not be aware of. Such anti-social abusers, supporting the Right Wing or Left Wing, must not find any space on the social media. They must be mass-blocked at the very first instance.

But were Prannoy Roy and gang talking about abusers? It certainly doesn’t seem so because Prannoy Roy’s follow up reveals a lot:

Prannoy Roy: “And the worry is, to add to Shekhar, what happens when these trolls start influencing Govt. policy and behavior. That’s when it becomes a bit worrying. That’s going over the…crossing the line. And I hope, none of your ministers get intimidated or have a fear factor for being trolled. We are all trolled and nobody should have any fear of people who hide behind anonymity to make disgusting statements. But thank you very much for joining us.”

You see, the duo was certainly not talking about the abusers, but those influencers, who are impacting Government decisions. How does Prannoy Roy know that it is the abusive handles alone who influence Government policies? How can an editor label millions of average Indians on social media, who call out the Government for specific changes in polices, as “trolls”? Isn’t a Government supposed to listen to the voice of its country-men? Is this an informed comment by Prannoy Roy or is this a fall-out of reports that the Government had cancelled a deal with NDTV recently?

Social media has provided a voice to the average Indian. Yes there are those who misuse it, and action should be taken against them, but is “influencing Government policies” a form of misuse? Is calling out the blatant lies and inaccuracies of media misuse?

More than any debate on the prime time, people prefer to read specific threads on Facebook and Twitter to enlighten themselves on certain topic. People enjoy these social media tools because the ‘disinformation’ is rebutted in no time. Is using social media as a tool for laughter, (like in this case) misuse? According to Dr Roy are all the above cases examples of “trolling” which must be “controlled”?

And is this a new phenomenon? Satirists like Rahul Roushan have written about how their families had been attacked on social media. Shefali Vaidya has talked about how her daughter was threatened with murder, only because she happened to be a pro-BJP social media user. And can we forget Congress office bearer Amaresh Mishra, openly abusing and threatening all and sundry?

The irony is that the old media including the liberal opinion traders are so conservative that they do not realize that the technology has closed one-way traffic, and they are unable to reconcile and adjust to reality.

What the Congress ecosystem really wants is to create another fake narrative similar to ‘rising intolerance’ in a way to threaten people to curb dissent and scrutiny, to maintain control and get back to power. If not, then the focus would not have been only on “trolls”of a particular political leaning.

We must all unite against abusive/threatening accounts on social media belonging to all political hues, but partisan concerns and ulterior motives must be kept away from. And we all also must unite against this attempt to bring back censorship (remember section 66A of the IT act?) online. 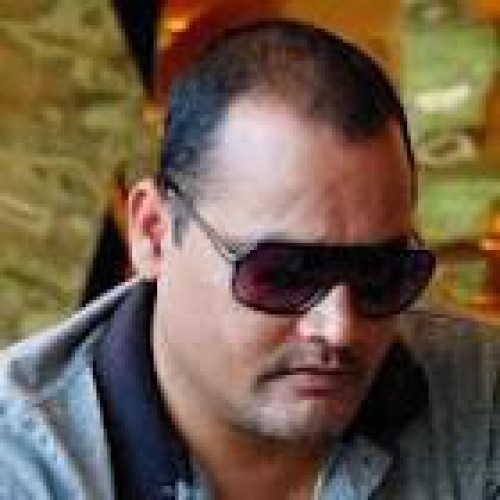 Haqiqat Rai was a 15-year-old Hindu boy in Sialkot in 18th-century India. He is known as the first noted victim of Islamic blasphemy laws. He was stoned to death in Lahore.
News Reports

Tribal Hindu Man Singh's family was lured to convert to Christianity by a pastor in a church in Madhya Pradesh.

Bizarre: Kamal Haasan’s party announces merger with Congress on its website, takes the site down claiming it was hacked

PFI terrorists who murdered Praveen Nettaru had hidden weapons in Mosques and Madrasas, Praveen suspected the plot to kill him

Uttar Pradesh: Police lodge FIR against 31 people in one month for forced conversion to Christianity in rural areas