How religion was dragged in after announcement of new Army Chief 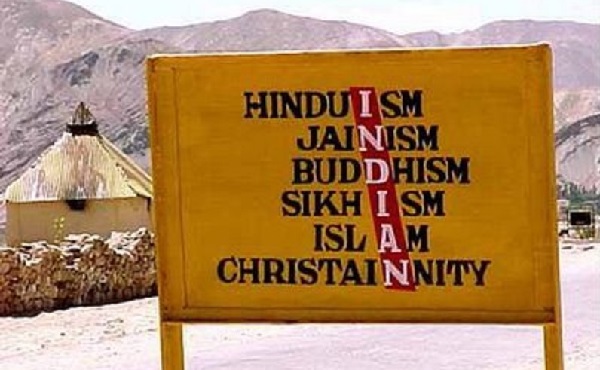 Seniority has been the norm when it comes to appointments in the armed forces, though there have been occasions when this norm has been broken.

The most recent case taking place two years back in 2014, when the then UPA government decided to overlook seniority and appointed R K Dhowan as the Navy Chief, superseding Vice Admiral Shekhar Sinha. An anguished Sinha had put his papers, presumably as a mark of protest.

In case of the Indian Army, such a precedent is very old and it happened in 1983, when the then Congress government of Indira Gandhi appointed Arun Vaidya as the Army Chief superseding Lt Gen S K Sinha.

There are arguments both in favour and against this norm. As an earlier article on OpIndia.com had argued, overlooking seniority would mean subjective definitions of “merit”, which could further be impacted by politics, while others believe that seniority could be overlooked if the domain expertise is more relevant e.g. someone with counter-insurgency experience could be promoted out of turn if the Army needs such a person at the helm at particular point of time.

Manish Tewari of the Congress party, which broke the norms twice as we saw earlier, was among the first one to protest it without any sense of irony:

But thing turned absurd when assorted people with connections to the Congress and some media houses started giving religious colour to the whole issue because one of the superseded officers was a Muslim. A couple of such tweets are: 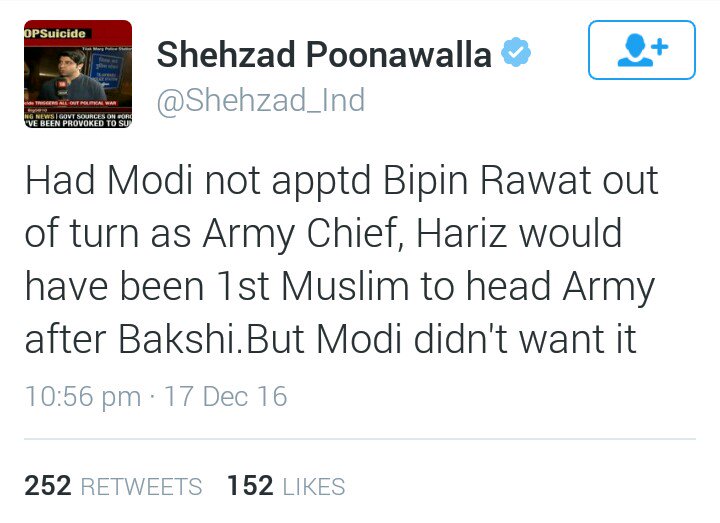 When Congress and some journalists are taking the lead, how can Arvind Kejriwal be behind? So he too jumped in with his contribution by spreading the tweet of the journalist who failed to see beyond religion in the army: 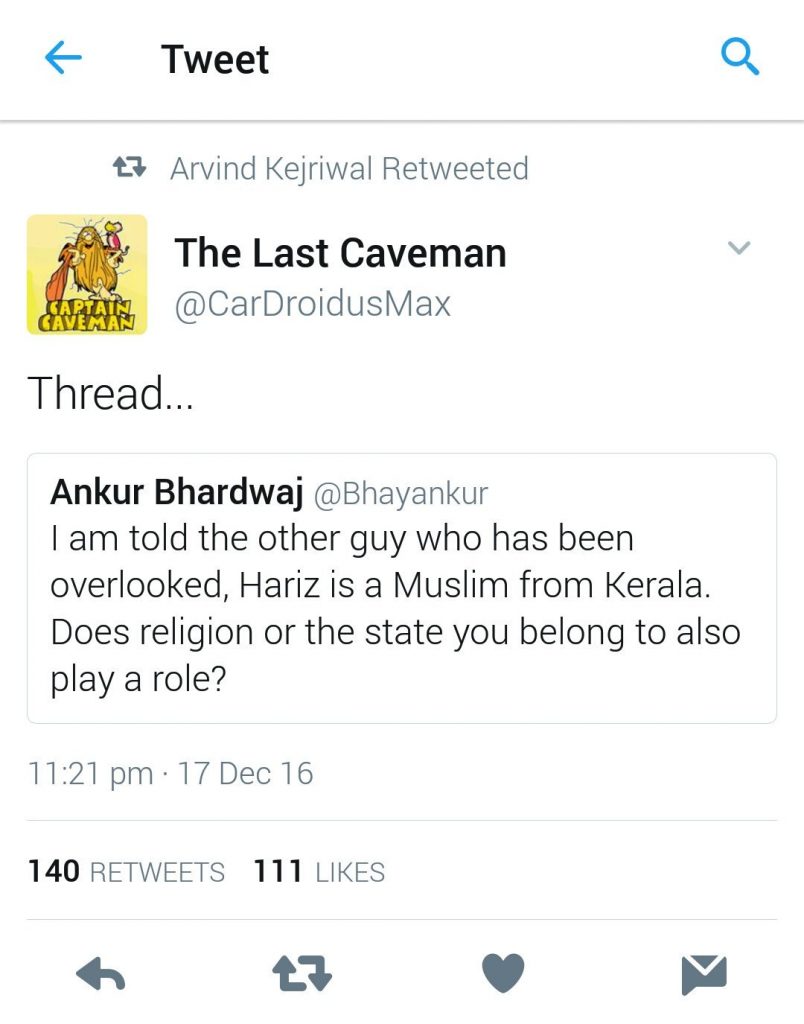 This was followed by repetition of the same charge by countless trolls and journalists affiliated to Congress and AAP.

Obviously it didn’t matter to them that facts were not in their favour. And the fact is, that Lt Gen. Hariz was would have retired before Lt Gen. Bakshi even if the seniority norm was followed. So essentially he would not have become the Army Chief anyway:

Not true, Hariz would retire before Bakshi retired as Chief. Not sure how line up changes now for Lt Gen Anbu. https://t.co/5KgbwwCwdy

Indian Armed forces have always guarded themselves against such religious claptrap. They had earlier refused calls to create caste or religion based units or allow religious surveys in their ranks. But it seems that some political parties and journalists won’t rest till Army is dragged in communal politics.