OpIndiabringing the \'right\' side of India
More
HomeOpinionsIslamic Banking idea by RBI is a step backwards towards Sharia law
Opinions
Updated: 8 March, 2017

A country that claims to be secular should not participate in a banking system that emerges strictly in the name of religion. India has its own normal and consistent banking system, so establishing an alternative of this magnitude is alarming. It is with great horror to those who love freedom and democratic values that the Reserve Bank of India (RBI) has floated the idea of an “Islamic window” in banks to promote a “gradual introduction of Sharia-compliant or interest-free banking in the country”.

Islamic banking is not prevalent in Islamic-majority countries, even in Saudi Arabia. The establishment of this type of banking is not beneficial for the Indian economy and the inclusion of Muslims in India. Additionally, it does not invest in its community and help women have more opportunities to be financially stable.

However, a bank must make profits in order to have money to lend people and sustain its practice. In order for the Islamic banking system to work, they must upsell items. For example, if a person needs a loan to purchase something, the Islamic bank will purchase that item and sell it to the customer for more money through other means. This loophole exists to earn a profit from customers while technically not charging interest on a loan or payment. Muhammad Saleem, former CEO of Park Avenue Bank in New York, wrote a book entitled Islamic Banking—A $300 Billion Deception, in which he emphasizes the notion that Sharia and Islamic banking charge interest under the guise of “Islamic garb”. He calls this practice dishonest.

Another major flaw of the banking system is the fact that they could deny or fund businesses as they please and based on how they interpret the Qur’an. This style of banking can lead to predatory-like tactics, such as denying women accounts for any reason or funding extremist activities. Denying women access to ways to save, invest, and support themselves continues to prevent them from accomplishing their own goals and improving their quality of life.

Those who are not Muslim are subject to unfair business and banking tactics, such as higher costs of sale transactions. By controlling how people spend and manage their money, Islamic banks have an opportunity of spreading its radical worldviews amongst others. While the Banking Regulation Act prohibits the establishment of a competing banking system, radical Islamists are known for changing laws once they have a foothold in a region.

The practices of Islamic banking does not guarantee economic or personal wealth accumulation. There was little attention drawn to the bankruptcy of the Canadian Islamic bank situation, but this particular circumstance points to a flawed method of banking. Consumers should look at this example as a foreshadowing of what could happen if this type of banking system becomes the preferred banking system.

Even though the face of banking is changing as new technology develops and the global economy stabilizes, studies (pdf link) show the economy thrives when there is open and free markets, namely conventional banking. 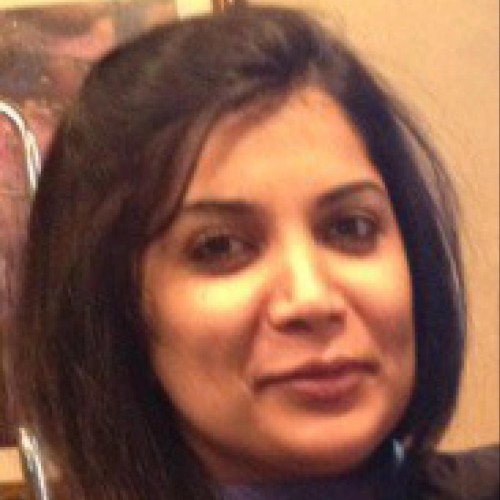 Dr. Deeba Abedi
Dr. Abedi is an Indian-American born in Mumbai, India to a Muslim family and raised in India & the United States. She currently wears multiple hats as a writer, a women’s rights activist, and a physician entrepreneur. She advocates for global public health, health laws and hopes for perfect humanism towards women one day.

In connection with a fatal shooting at a synagogue in East Jerusalem on Friday, Israeli police have detained 42 persons

Vandalism, violence, and stone-pelting reported during the Saraswati Visarjan in several places across Bihar and Jharkhand: Details

Bihar: Ankit killed, Hariom severely injured in a knife attack by Mohammad Shahadat and Mohammad Sonu; police say the fight was over cricket

The worst abuser of human rights of women and religious minorities must be held accountable: What UNHRC must keep in mind about Pakistan’s submission

Shah Rukh Khan not a Muslim, go and kill him, but don’t use objectionable words against Prophet Muhammad: Raza Academy cleric Khalil-Ur-Rehman

Vandalism, violence, and stone-pelting reported during the Saraswati Visarjan in several places across Bihar and Jharkhand: Details

My top agenda is to convince India and Pakistan to play Hockey with each other: New FIH president Tayyab Ikram

As Pakistan’s economy crashes, read about the time Pakistan vowed to eat grass if needed to get nuclear bombs

Bihar: Ankit killed, Hariom severely injured in a knife attack by Mohammad Shahadat and Mohammad Sonu; police say the fight was over cricket