OpIndia
Home Media There is crisis in media, and both the Left and the Right should worry about it
Media

There is crisis in media, and both the Left and the Right should worry about it 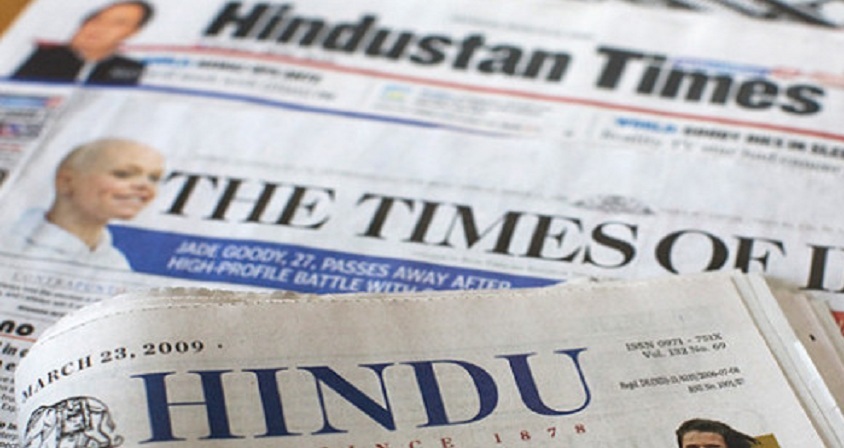 The mail announcing the closing down of seven editions and bureaus of the Hindustan Times landed suddenly on January 5th afternoon. The editions will print their last copies today. Not even the editors of these editions had the faintest clue on January 4 that by January 10, less than a week later, they would be jobless.

A lot of people from India to USA have lost faith in big media and journalists, calling us “presstitutes” and “paid media”. Yet it was only a very small percent of journalists who sold out. Most continued to do their jobs as honestly as they could, for modest or meagre salaries, with zero job security.

It was the managements that sold out. It was owners, who exploited their workers to maximise their profits, who sold out.

It was the powerful network of big money and political power that turned journalism into “paid media” and forced journalists into “presstitution”. To do this, they increased the power of Human Resource and Marketing departments, and killed the institution of Editor.

Over a period of time, strong, independent-minded journalists largely disappeared from the journalistic scene. They were replaced by agents of corporate or political entities. These forces often called the owners of newspapers to place their chosen people in positions of authority. Alternatively, yes-men or women handpicked by newspaper managements to protect their own private interests got key positions.

These ‘dalals’ sold their souls at high prices. Their salaries ran into crores of rupees per annum. They lived the lifestyles of the rich and famous. To justify their salaries, they had to kill stories inconvenient to the owners or their friends, push stories beneficial to the owners or their friends, and – regardless of the political party in power – implement a strictly neoliberal agenda in journalism.

People see Left and Right in every situation. Since conspiracy theories are the flavour of the times, let me suggest that this division of honest folks into Left and Right on every issue is the greatest conspiracy of our times. It prevents people from seeing basic realities that surround them every day in their own lives.

Take any issue in the news… say rape, assault and molestation of women, for instance. People across the political spectrum broadly agree that these are crimes that must be ended, though they may differ on how. The most extreme opposing voices are carefully curated and the entire debate is focused around these voices to generate a spectacle for TRPs, and prevent any real, thoughtful discussion.

What no one mentions is that every day in every major city in India there are many instances of rapes, molestations and assaults that do not find any mention in print or on television. They do not become news.

When is rape not news? When it happens to poor people. In such cases, it becomes news only if it can be turned into a political issue, with caste or communal angles. The exception is the visual story. Dramatic footage that can be played on loop, will be played on loop, because it gets eyeballs.

Why are rapes of poor people not reported? The logic for this is that poor people are not our readers or viewers, so we do not cover them.

The obvious question then is, who are our readers and viewers?

Well, they are people who can afford to buy the products advertised in our newspapers and on our TV channels.

The reason the newspaper or TV channel exists, from the perspective of the owners, is to make money for them. In order for it to do that, it has to make money from ad revenues. Advertisers want to reach people who can buy their products. They look at society in terms of purchasing power – more the better.

So, coverage is designed to appeal to the people with the most purchasing power.

When I first came to Delhi from North-East India, I used to be furious at the neglect of the North-East in the supposedly national media. Then I gradually realised that forget North East, even North Delhi was relatively neglected compared to South Delhi. Slums and villages around Delhi simply did not exist in the imagination of the Delhi English media.

The map of India according to the Indian English language media is mainly South and Central Delhi and Mayur Vihar in East Delhi (many journalists live there), South Mumbai and the suburbs up to Andheri, Bangalore Cantonment and the new areas where the I.T. folks stay, and a few pockets from here and there. Other places appear sporadically when truly horrible things happen there.

This map happens to coincide with the map of areas where concentrations of ‘good consumers’ live and work. It is the map of places where maximum products may profitably be sold.

All my Leftist friends, with pain in their hearts for the poor and oppressed, seem not to notice the structural skew built into this neoliberal media of which so many of them are a part. It is a media that denies equal humanity to people who, for want of money, are unable to consume more.

Profit and power may be the sole objectives of the ‘seths’ who own and run these businesses. They are not the sole reasons that the media exists.

The state extends many benefits to media houses because they are supposed to constitute the fourth pillar of democracy. A lot of idealistic young people come into the journalism profession because they want to contribute to making a better world for all.

It is safe to say that at present, the profit and power of a few individuals is the raison d’etre of the bulk of Indian media companies. Media is no longer the fourth pillar of democracy; it is the central pillar of crony capitalism. It exists to sell products and influence to the highest bidder.

This is a crying shame.

(by Samrat.
The writer is a journalist and author.)