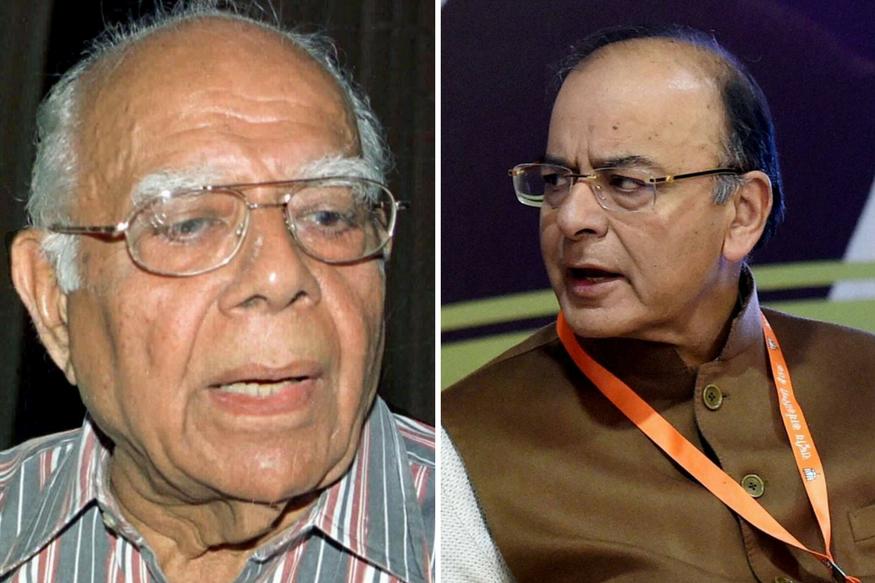 Over the past two days, Senior Advocate and former BJP member, Ram Jethmalani cross-examined Arun Jaitley in a civil defamation case filed by the Finance Minister against Delhi Chief Minister Arvind Kejriwal. The case relates to 2015, when Kejriwal and some other AAP leaders had alleged administrative irregularities and mishandling of finances of DDCA by Jaitley. Jaitley had denied all the allegations and filed civil and criminal defamation cases against Kejriwal and the other leaders. Jethmalani was representing Kejriwal in the matter.

(In all cases, the question is being asked by Mr Ram Jethmalani and the answer is given by Mr Arun Jaitley. In certain cases, the court has intervened)

A question to test knowledge of English perhaps? If you don’t get the answer you want, keep repeating the question? 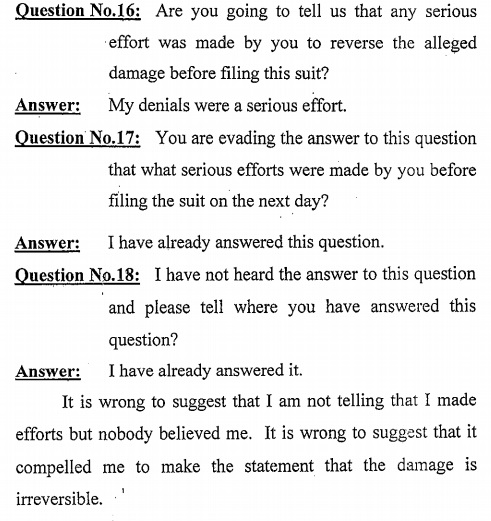 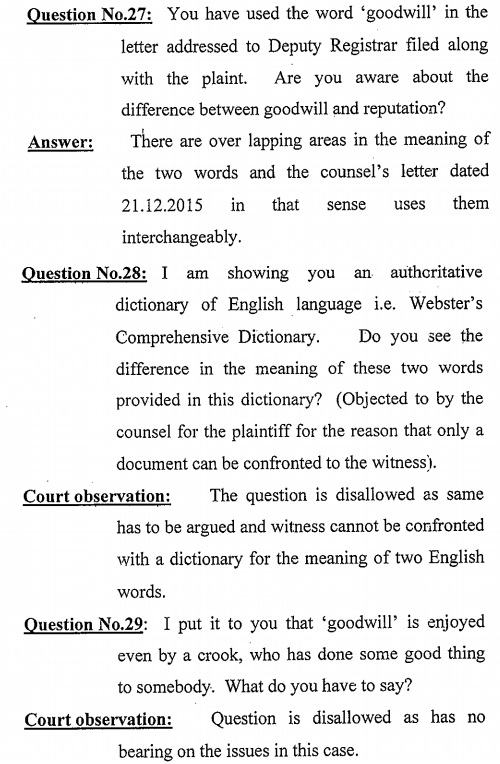 What’s life without some irrelevant spice?

Media houses also reported this question-answer back and forth, but it was missing from the transcripts:

Referring to Jaitley’s 2014 Lok Sabha election loss, Jethmalani rubbed it in saying a person who has lost an election should not talk about reputation. “What reputation are you talking about. You lost the election in 2014,” the senior lawyer said.

Jaitley hit back at Jethmalani in the same vein targeting his client Arvind Kejriwal. “Even Kejriwal lost in 2014. Elections are fought over party’s policies and not over one’s personal reputations,” Jaitley said.

Legal minds on social media were scathing in their commentary:

Either Jethmalami is a very mediocre lawyer or old age has caught up with him. Senseless cross examination. https://t.co/dqpBNM0FJO

The cross-examination is now expected to continue on May 15 or May 17. May we see some more entertaining sparring between the two legal brains.