The partisan activism and misplaced idealism of Gurmehar Kaur 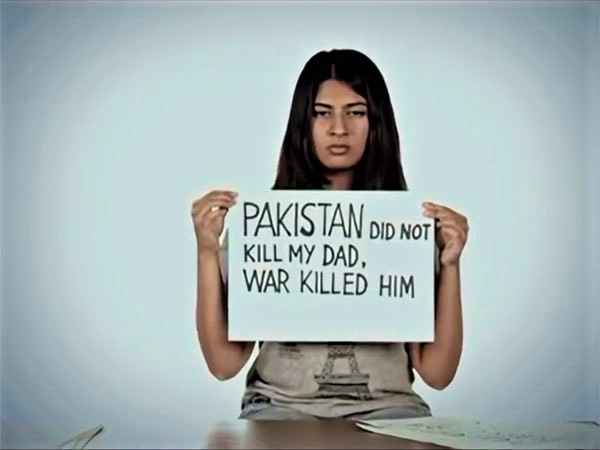 Over the past few days, a young woman named Gurmehar Kaur has become a media celebrity and her views have become important for the nation. So much so, that right now if you disagree with her, you will be branded a rapist.

However, I’m taking this risk and writing this article to disagree with her. I can’t surrender my freedom of speech to such bullies. I can not live under the fear of branded a rapist just because I hold a different view.

For those who might not be aware, all this started with media promoting her as “Kargil martyr’s daughter”, in all probability to give validation to her arguments.

Her initial argument was rather political. She claimed that she stood for free speech (no disagreement there), but blamed only ABVP for being against it. Anyone with basic knowledge of politics, or even college politics, will know that this was blatantly partisan.

Leftist students are the most intolerant bunch on campuses. From bloody violence in West Bengal and Kerala, to intolerant behavior at JNU right in Delhi, there is no example of intolerance that student groups like SFI or AISA have not displayed. If leftists student bodies are for peace and free speech, ISIS is for human rights and democracy.

Yet, for some reason, Gurmehar decided to blame only ABVP and paint them as the only party being against free speech. It was in line with the leftist propaganda where they butcher people and yet claim to be victims. Left-leaning media tried to turn that into a gospel truth by tagging her as “Martyr’s daughter” – basically it was an appeal to emotion because facts and arguments were not strong enough.

To give further credence to this partisan propaganda, left-leaning media tried to hide the violence by leftists and things became heated. Gurmehar became central to all this as more and more people joined the debate.

In the meantime, out of somewhere, a picture of her holding a placard appeared. “Pakistan did not kill my dad, War killed him” read the placard.

In isolation, that statement sounds stupid, and thus people started making memes on social media, especially on Twitter, where anything and everything is turned into a joke. Funny memes like “Bhai did not kill black buck, bullet killed it” and all were being posted.

Hell break loose when cricketer Virender Sehwag too posted a similar meme. And that was it. It was termed as “bullying” Gurmehar. Gurmehar too claimed she was being bullied, claimed even to have received rape threats, and then announced that she was “withdrawing” from the campaign.

What started as an appeal to emotion ended with appeal to emotion. “Oh look, poor girl is being threatened with rape” became the central point of discussion. This became another excuse to validate Gurmehar’s thoughts and arguments.

And this is why I am writing this. Because these appeals to emotion should not be allowed to overrun appeals to reason. Rational thoughts and arguments should be the only tool to validate someone’s statements, not some emotional story.

Since her position of blaming only the ABVP for curbing free speech doesn’t even merit discussion as it’s blatantly partisan and a lie, I will focus only on the message on the placard.

To be fair to her, that one line about “Pakistan did not kill my dad” was taken out of context and overplayed. It was part of a larger video message, which in entirely reads as follows:

Sounds so great, no? Again, it is appeal to emotion. Let us turn to reason and analyse it point by point. Here are the broad points:

There is so much more I want to say. About her association with Aam Aadmi Party and her controversial posts, some of which are covered in this article. But I don’t want to make it about her, as that’s what the leftists and media want. They want to keep focus on her, and then base the entire debate on appeal to emotions.

But when it comes to logic and reason, her activism as well as her pacifism sounds hollow at best and pernicious at worst. We can not and should not ever accept this false equivalence of India and Pakistan. That’s a defeatist and dangerous approach to solving issues between the two countries.

The left ecosystem has succeeded in forcing people like Virender Sehwag and Randeep Hooda to go into silence and now they are trying to insult and intimidate wrestlers from Haryana. Ironically, they claim they are for free speech, when all they are doing is silencing views that dare to go against Gurmehar Kaur.

In such a scenario, it becomes even more important that we speak up. We should not be forced to retreat and we should fearlessly tell the truth – that Gurmehar is even more hollow icon than Kanhaiya.