Why the special law to protect journalists in Maharashtra is flawed 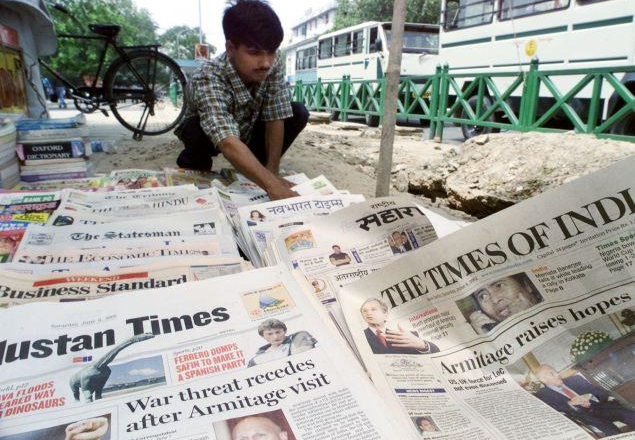 According to media reports, Maharashtra has become the first state in India to enact a law that aims to protect journalists and media organisations from violence.

The bill “Maharashtra Mediapersons and Media Institutions (Prevention of Violence and Damage or Loss to Property) Act, 2017” was reportedly passed without any discussions on the last day of the budget session of the state assembly yesterday.

The news led to many on social media question the rationale behind such a move. While no one disagreed over the fact that violence needs to be stopped and punished, people wondered why give a special status to journalists? Are the provisions in the IPC (Indian Penal Code) not enough to stop violence?

Let it be clear that despite IPC, nothing in the constitution stops any state government from enacting such laws. For example, a substantial part of the SC/ST (Prevention of Atrocities) Act deals with stopping violence and that law was enacted while the IPC (one of the oldest acts) existed.

The rationale for enacting such a law can be argued to ‘protect a specially vulnerable segment of the society’ as in the case of SC/ST act (incidentally, Maharashtra recently saw huge protests by Marathas against misuse of this law). The UPA government was planning a Communal Violence Bill with similar rationale.

But do journalists qualify as being such a group?

At this point of time many journalists and their associations can come up with statistics about attacks on journalists, and how India doesn’t fare that great on that count. And I will not deny those stats, but I will raise just two issues here:

Firstly, those stats will include unfortunate incidents like burning alive of the journalist named Jagendra Singh in Uttar Pradesh in 2015. The talking heads of media did not lose sleep over it as they were busy losing sleep over “rising intolerance” in other parts of India. Such law will not necessarily protect such journalists, for the real issue is overall law & order condition and law enforcement, not lack of any special law for journalists. Also, it is somewhat unsettling that deaths of such journalists are only helpful stats for celeb journalists.

Secondly, and sorry to sound insensitive, but do we have comparative data to conclusively prove that journalists are the most vulnerable professional group? In fact, if recent incidents are taken into consideration, it were the doctors who were facing violence in Maharashtra and other parts of the country more often. A law to protect doctors would have appeared timely. People employed as toll booth employees, security guards, or truck drivers too face violence pretty regularly, but perhaps they don’t have associations that can give us some data.

One can reject this by claiming “whataboutery”, because that is the best defence when you can’t defend your hypocrisy, but these are relevant questions. The rationale for this bill doesn’t sound that great.

However, despite these questions, one can still support special treatment to journalists as they are supposed to play an important role in our society. Some professions are more respected and celebrated by us e.g. doctors and teachers, and the society can pay back by bearing some welfare costs (however, the journalists themselves should think if this makes sense, as was asked in an OpIndia.com article earlier. Because while in principle it is the society paying back, in practice it is the government of the day paying back, which is not exactly what an ‘independent’ media will want).

The biggest problem with journalists receiving special status as a professional group through a statute, is the fact that this professional group is almost entirely unaccountable to anyone, especially to the public. And this means abuse of such a law is almost guaranteed.

Picture this, there is a journalist living in your society building in Mumbai and you both had a fight. Now he has an additional law to buttress his case. He can claim that he was doing a report on how housing societies function and this violence against him was because he is a journalist. This is as bad as the proposed Communal Violence Bill, where a person from a ‘minority community’ was virtually to be treated as a victim by default, now a journalist is a victim by default in Maharashtra when a violent incident takes place.

Media reports further indicate that this bill has provisions for jail term up to three years if you “provoke” or “instigate” someone to indulge in violence, even if you didn’t indulge in any violent act yourself. We already know how bad speech laws are in this country, and this provision can be misused by journalists to curb criticism. Further, reports suggest that the offences have been made non-bailable, which can result in draconian outcomes.

The fear of journalists misusing a law is real because, as argued above, this professional group is almost entirely unaccountable to anyone. This brings in arrogance and disdain for public views, and it is akin to arming an elite group.

Whenever the issue of accountability is raised, journalists talk about self-regulation, but we know how “effective” that has been. Journalists who were exposed in the Radia tapes controversy had no impact whatsoever on their professional careers. In fact, without any exception, all of them have only grown in their careers and become even more “successful”. Even their proteges are growing.

How effective is this self-regulation can also be gauged from the fact that a journalist who was found to have invented a fake news report about Murthal gangrapes was fired from his job (thank god), but got another job in the industry soon after. This incident came to public knowledge only after amicus curiae suggested prosecution of the journalist for his deeds that misled the court.

Essentially, the industry doesn’t seem to punish bad journalism and the public can’t do anything about it. Recently we have seen how journalists have decried case against The Quint reporter, who ended up compromising privacy of an army jawan who committed suicide later.

Perhaps what the public thinks as ‘bad journalism’ is the gold standard of journalism for the fraternity! In such a scenario, there can’t be public support for such a move by the Maharashtra government.

Solution is not to arrive at any conclusion over what is good journalism, as we can keep debating till cows come home. Solution is to make journalists accountable to public if they are going to be treated as a special professional group by the state. You can’t enjoy public benefits (no, not just protection from violence, benefits such as financial and administrative assistance. In fact, Maharashtra is also planning to pay pensions to journalists like some other states) and not be accountable for your deeds.

I want to use this opportunity to ask people to think of a such a draft bill. We can sue a doctor for a wrong diagnosis or surgery, but we (as readers, consumers) can’t sue a journalist or media organisation for publishing entirely false news reports. And it’s not just about false reports, media misdemeanours go beyond what is published or aired. This needs to change.

On occasions when they have been sued by individuals who are characters in the story, they cry “attack on press”. But a false report doesn’t necessarily impact only those who are present as a character in the news story. It is cheating, and the reader should be able to go to a consumer court for being served with bad product. Will journalists be ready for that?

We need a law that makes journalists’ and media organisations’ actions accountable to the common reader. Only then the journalist will have the moral right to be treated as a special group. You can’t have the cake and eat it too.