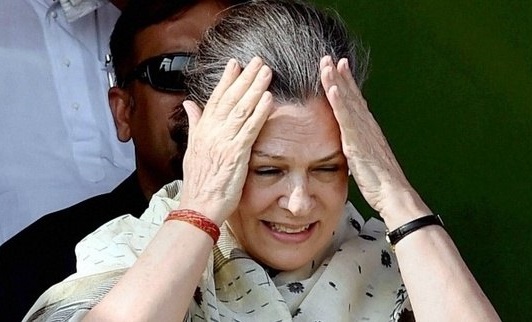 In her tweet, she claimed that Amit Shah committed a gaffe by attacking BJP itself:

At 36 seconds @Amitshah asks why should people vote for BJP when they haven’t done anything & @AnanthKumar_BJP corrects him- Brilliant! ? pic.twitter.com/AN09RkjALZ

This was shared by many who perhaps blindly trusted Ramya or deliberately ignored the content of the video. Apart from Congress supporters, an abusive Twitter troll who masquerades as a journalist, Swati Chaturvedi, also chimed in her amusement:

???? love the extremely “sorry mitron” but @OfficeOfRG would have been mocked! https://t.co/MfwdM0nqBs

Sorry to be the party pooper here, but I’d like Congress President Sonia Gandhi to lend Ms. Ramya and Ms. Chaturvedi her Rapidex Hindi speaking course book so they could understand what Shah is speaking.

Arrey get an Hindi-English translator, he said “Yeddurappa said” instead of “Siddaramaiah said” by mistake, and that is what he corrected. https://t.co/Z5AaCYK7O3

Did you even watch the video?
He said Yediyurappa instead of Siddharamaiah & not what you tweeted. https://t.co/drQaAYb5nH

Some claimed that this was a failed attempt at propaganda:

That’s not what he said. He mixed up Seetharamaiah & Yeddyurappa.
Can’t even do propaganda properly. https://t.co/1L5RlfpILW

Twitter users pointed out to the troll-journalist too, that it would have been better if they had at least pointed out the correct mistake before mocking:

Liberals can’t even spot the correct mistake, how will they mock? Amit Shah said sorry because he said Yeddyurappa instead of Siddaramaiah. https://t.co/xw2CAIwRJh

Swati saw the video, there is nothing like what spandana is saying Amit shah simply mistook the name of yedurappa instead of siddaramiah.

So yes, Amit Shah did have a slip of tongue, and he apologised and corrected himself, but it was not an embarrassing self-goal as Ramya and her gang would like people to believe.

Seems like this was done by the social media team of Congress to distract everyone from Rahul Gandhi’s gaffe in Bengaluru yesterday, by ‘proving’ that BJP leaders too indulges in gaffes. In fact, Ramya shared some other clips too trying to ‘neutralize’ Rahul Gandhi’s gaffes, only to be further slammed by users as she ended up mocking Gujarati accent:

Besides, are you sure you want to mock Gujarati accent? You guys have an election to fight in few months! Remember? https://t.co/PEu0zb961v

Making fun of all Gujaratis because of their accent, shame on this congress spokesperson. https://t.co/8nCblshBM8

But this doesn’t really come as a surprise when Congress’ new social media head is trying too hard. Recently, her attempt at politicising the Gorakhpur tragedy also backfired when a Twitter poll she undertook to attack Yogi Adityanath went the ‘wrong way’, with 61% of respondents supporting Yogi: