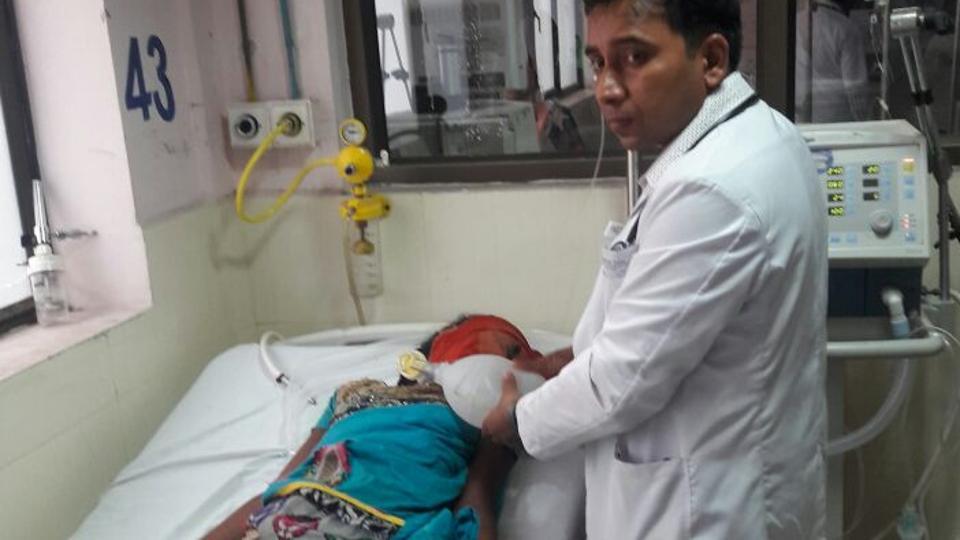 In an extremely tragic incident, 30 children died in the Baba Raghav Das Medical College, Gorakhpur over a period of 48 hours. Some of the deaths happened after contractors allegedly stopped supplying liquid oxygen due to non-payment of dues of about Rs 63 lakh.

According to reports, out of the 30 children, 17 died in the neo-natal ward, 5 in the AES (acute encephalitis syndrome) ward and eight in the general ward. It is also believed that one of the culprits for the illness in the children is Acute Encephalitis Syndrome (AES).

Encephalitis is basically a rare and potentially life threatening disease which causes acute inflammation of the brain. The disease appears abruptly and grows at a fast rate. It is mainly caused due to a viral infection but sometimes due to the brain’s own immune system mistakenly attacking the brain tissue.

The most common type of Encephalitis in India is the Japanese Encephalitis which is caused by a by mosquito-borne flavivirus. The disease is both treatable and preventable (using vaccines).

But as reported by various outfits the deaths were catalysed by the lack of oxygen supply in the hospital. The CNN-News18 put out a letter which stated that Pushpa Co. which supplied oxygen to the Gorakhpur hospital had threatened to cut off the liquid oxygen supply if their dues weren’t cleared.

The report claimed that there was indeed some disruption in oxygen supply on the intervening night of 10th and 11th after which deaths took place in the neonatal and encephalitis unit. The government though have denied that the supply was even disrupted at any moment and that a payment of around Rs 70 lakh was made on the night of 10th. The report also claimed that it was entirely possible that the lack of oxygen supply may not have been the sole reason for all the 30 deaths and that there could have been other factors at play.

Now various journalists have claimed that the hospital where deaths took place has been infamous for corruption and that the contract for pipeline was given to an undeserving firm. It remains to be seen as to what lessons are learnt from this tragedy and whether those responsible for the negligence are brought to the book.

Whatever may have been the reason for the current deaths. Deaths due to encephalitis themselves have been very rampant in Uttar Pradesh and even Yogi Adityanath himself has been raising this issue in the Parliament in 2014.

As reported then, Yogi had asked for the setup of a concrete long term national encephalitis program in order to stop the disease. In order to create that, he had demanded a viral research centre and an AIIMS in Gorkahpur.

Yogi also claimed that children in Uttar Pradesh have been continuously dying of this disease from the last 36 years. He put out numbers which claimed that over 50,000 people have been its victim in the state of UP. The report claimed that there were 500, 525 and 995 deaths in UP in 2005, 2006 and 2007 respectively. Just a week back it was reported that there were about 124 deaths only in Gorakhpur this year but medical officials claimed that the Case Fatality Rate (CFR) was coming down year on year.