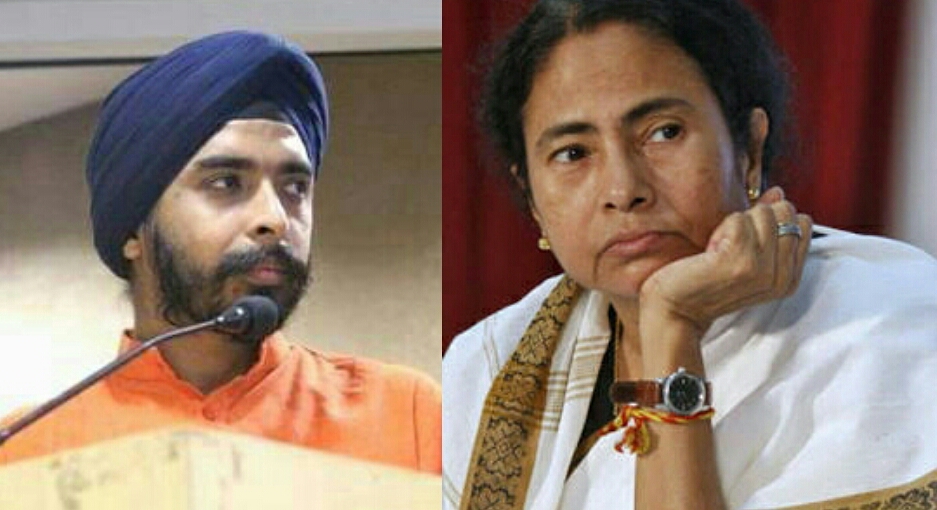 Just as twitterati were bracing themselves for the late night ’emo hour’ on Twitter, something happened which gave fodder to ‘Jokes Twitter’ till the weekend.

West Bengal Chief Minister, after detaining BJP spokesperson Tajinder Bagga at the Kolkata Airport last week, has now blocked him on Twitter. Bagga had gone to Kolkata to take part in the Durga Pujo and Durga idol immersion where he was detained by West Bengal Police and sent back to Delhi without letting him enter the city. While blocking by someone holding a public office is technically not against free speech, it is seen as unfair.

Other users who were also randomly blocked by Banerjee were quite baffled.

Some even brought in Delhi Chief Minister, Arvind Kejriwal, who has used Twitter as a platform to spread voracious lies and fake news.

You are not alone. Arvind Kejriwal blocked me as well ???

Banerjee blocked Bagga on Twitter soon after he wrote her a letter about his detainment at Kolkata Airport.

Addressing her with “Aadaab”, a gesture usually used by Muslims to greet one another, Bagga wrote how Banerjee’s anti-Hindu stand will eventually lead to her ‘political immersion’ in Bengal.

People took digs at Banerjee’s intolerance towards voice of dissent.

Mamata doesn’t tolerate dissent in person or by the social media. Such intolerance borders on fascism and must be challenged. https://t.co/szDC80i4yq

If there is one thing the Mamata Banerjee government excels at, it is crawling the social media and keeping a vigilant eye for all things that could possibly show her government in bad light, and then instead of weeding out the cause, just ban it or as we saw last night, block it.