The Hindu suggests ‘bold economic steps’ to PM Modi, which he has already taken 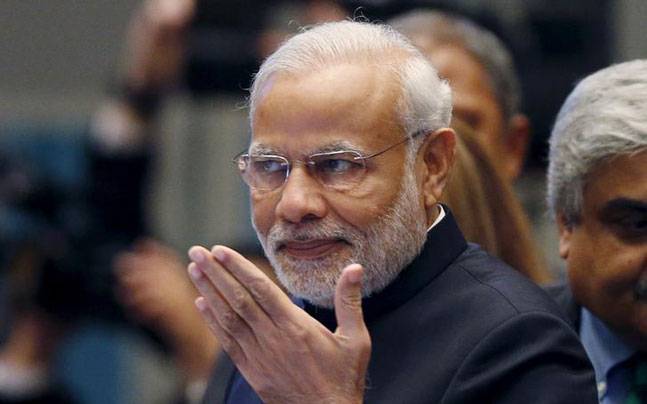 In their business section of the news today, The Hindu published a half page article with the headline screaming – “Mr. PM: it’s time for bold economic thinking”. To give you a perspective of the page, am pasting a snapshot of the page below: The headline was in tune with the flavor of the season – namely – our country is doomed economically and all of us are plunging into poverty tomorrow. However, what caught my attention was the sub heading – “The chief of the government would do well to take a leaf out of Narasimha Rao’s book and show statesmanship”.

Since I am generally interested in reading anything that mentions Narasimha Rao, I went on to read the long article. The reference to Narasimha Rao was only in the last paragraph of the nearly 1600-word article! This is what it said:

“Narasimha Rao, who was heading a minority government. Despite its existence on the edge, he dared to bring in a technocrat at that time — Dr. Manmohan Singh — to launch economic reforms. That was statesmanship.”

I am taking the liberty to paraphrase some of the ideas for the sake of brevity. The article lists the bold steps as follows:

“First, The Indian government should announce a one-time amnesty scheme, a la Indonesia, valid till December 31, by when anyone can disclose previously undisclosed income held within the country and abroad…”

Either the authors don’t read newspapers, or The Hindu itself has forgotten the various “amnesty” schemes this government has already announced! In his budget speech for the Financial year 2016-2017, Arun Jaitley has introduced the “Income Declaration Scheme , 2016” [pdf]. The operative part of the scheme is pasted below for detailed reading:

Then, in December 2016, after the demonetization scheme was announced – the government announced yet another scheme – wherein the money of those who declare undisclosed income will go into the Pradhan Mantri Garib Kalyan Yojana.

So there were at least two well advertised amnesty schemes, yet for The Hindu, it was a bold economic step that the Prime Minister somehow still needs to take.

The authors go into more detail with their “original” suggestion. Though the emphasis is mine, please read their suggestion very carefully, because this is the operative part of their entire article:

“They (black money holders) will pay a small, one-time fine of 4%, while 50% of the domestic holdings (100% of foreign cash/ near cash holdings) will need to be invested in two large government funds — one for infrastructure and the other for bank recapitalisation. The amounts thus invested will be locked for seven years with a compound interest of 4% per annum. Post redemption, the amounts and the interest thereon can be used freely for any lawful purposes in India”

Let’s get this right – the authors want a “small one-time fine of 4%”. *Four percent only*. And then 50% of that money will be locked for 7 years, after which they can enjoy the fruits of a 4% compound interest! To make it easier to compare the two schemes already announced by the government and the suggestion published in The Hindu today, let’s look at the following table:

As we can very clearly see, the scheme or the “bold economic” thinking that the authors are suggesting is that the holders of black money be let off with as much minimum penalty as possible! Can you imagine the uproar in the country if the Modi government is seen as this weak in dealing with such people?

A recent increase in the limit from Rs.50,000/- to Rs. 2,00,000/- to declare PAN, while purchasing Jewelery was in itself met with criticism that the government is going soft on black money! Leave the criticism aside – do we really want our government to be so lenient on those with black money? Is this the “bold economic reform” we really want?

The authors seem to have realized this and have therefore proposed the following (emphasis mine):

“While scheme will be generous, come January 1, criminal prosecution should be instituted against Indian residents holding large sums of undisclosed income.”

It continues to be baffling as to how out of touch with reality, the authors and the editors of The Hindu are! Already, registration of more than 2 lakh companies have been cancelled. Over 1 lakh directors of these companies have been disqualified. The Income Tax department is following up on all cases of suspect deposits during the demonetization scheme.

What “criminal prosecution” are the authors talking about? How do they want the government to know about “large sums of undisclosed income”? It is exercises such as demonetization that will help get such information, but clearly the authors seem to be having other ideas that have not been discussed here.

Let’s move on to the second idea they propose:

“Second, ensure that the full extent of the NPA problem is recognised latest by December 31 and that banks make necessary provisions in this regard.”

So this step is to be taken? To know the truth, all we have to do is to refer the following tweet by Ashutosh Muglikar and the table he has attached, which shows what steps the government has taken regarding the NPA (non performing assets) problem.

If any jokers asks “what is Modi doing about NPA’s” then this single image should shut them up. Use it extensively. pic.twitter.com/6ltDljL6OO

A total of 8290 suits have been filed as against a total of 8915 wilful defaulters. That’s 93% of the cases, and this data is up to March 31, 2017 only. So while the “bold economic reform” suggests that we figure this problem out by December 31st, the government already has filed cases against 93% of the willful defaulters by March 31st, 2017!

The authors further go on to suggest that “The boards of PSU banks should be recast by bringing in persons with demonstrated professional experience… Boards should be fully empowered decide on loan resolution by way of real restructuring,”. And then “high level committee” to vet and screen “all cases of suspected wrongdoing involving collusion between borrowers and banks in loan resolution”.

This sounds straight out of some movie! With the existing boards taking care of filing cases, the suggestion seems redundant anyway!

We now move on to the third idea:

Wow – “make agriculture more productive” is the “bold economic reform” being suggested?! Anybody can tell this, so why do we need economists to reiterate such things? There are of course programs that take care of each of those areas the authors mention, but as with everything else, we are being told that this is something brand new that is being suggested.

We now move on to the fourth idea:

“Fourth, facilitate new export engines — ‘Make in India’ and ‘Serve in India’ — with emphasis on defense exports and medical tourism. An ambitious target of $100 billion over the next 10 years can be set…”

Medical tourism looks like an interesting idea. Instead of wasting space discussing about defunct amnesty schemes, they should have elaborated on their proposals for “serve in India”. A simple google search took me to this research article [pdf] – “Make in India – Impact on medical tourism” – which makes for good reading.

Similarly, a simple google search for “Make in India + Defense exports” gives us many links to both defense manufacturing and export. However, given that we spend a lot on imports, the government has put in a lot of focus on defense manufacturing. Nevertheless, it is ideas like this that need more detailed elaboration and discussions, not new “amnesty schemes”!

And finally the fifth idea:

“Lastly, the PM must take a leaf from the book of former Prime Minister, Narasimha Rao – he dared to bring in a technocrat at that time — Dr. Manmohan Singh — to launch economic reforms. That was statesmanship.”

When most of the suggested ideas are already being implemented, what is the need to bring someone like Manmohan Singh? Nonetheless, the authors thus conclude that “Mr. Modi needs fresh and bold economic thinking to steer the future of 1.3 billion aspiring Indians and the next big battle for the ballot in 2019.”

Given how we have seen that most of the ideas mentioned here have already been implemented by Prime Minister Modi, it is safe to conclude that PM Modi has already steered the future of 1.3 billion Indians!