In the past few weeks, it has been thoroughly exposed how the left-leaning news and opinions website The Wire has become the hub of lies, half-truths and innuendos. We now may have one more to add to the list of “gaffes” by the leftist propaganda website.

The Central Board of Excise & Customs (CBEC), responsible for administering Indirect Taxes in India, operates under the Ministry of Finance, Government of India. In a rebuttal published late night yesterday, the CBEC slammed The Wire for a “factually and legally incorrect” news item. 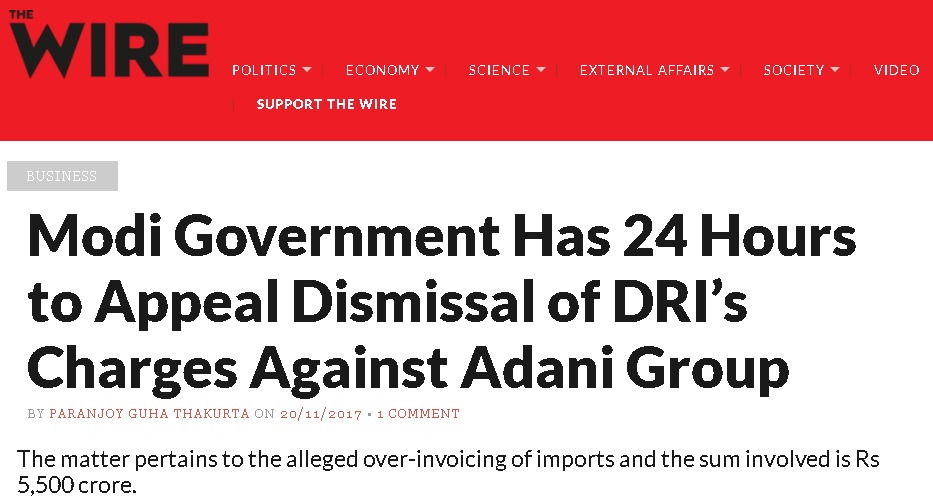 The report stated that, on August 21, 2017, the Directorate of Revenue Intelligence (DRI) adjudicating authority, K.V.S. Singh, had dropped all proceedings against the Adani group. Further, the report by Thakurta further claimed that:

According to the Customs Act, the DRI has 90 days to file its appeal against the order of the adjudicating authority before the Customs, Excise and Service Tax Appellate Tribunal (CESTAT) in Mumbai. Till the morning of Monday, November 20, such an appeal had not been filed. The last date for filing the appeal is Tuesday, November 21.

Rebutting this, the CBEC took to Twitter to post a copy of the letter it had written to the Editor of TheWire.in, rebutting the claims made in the above article: 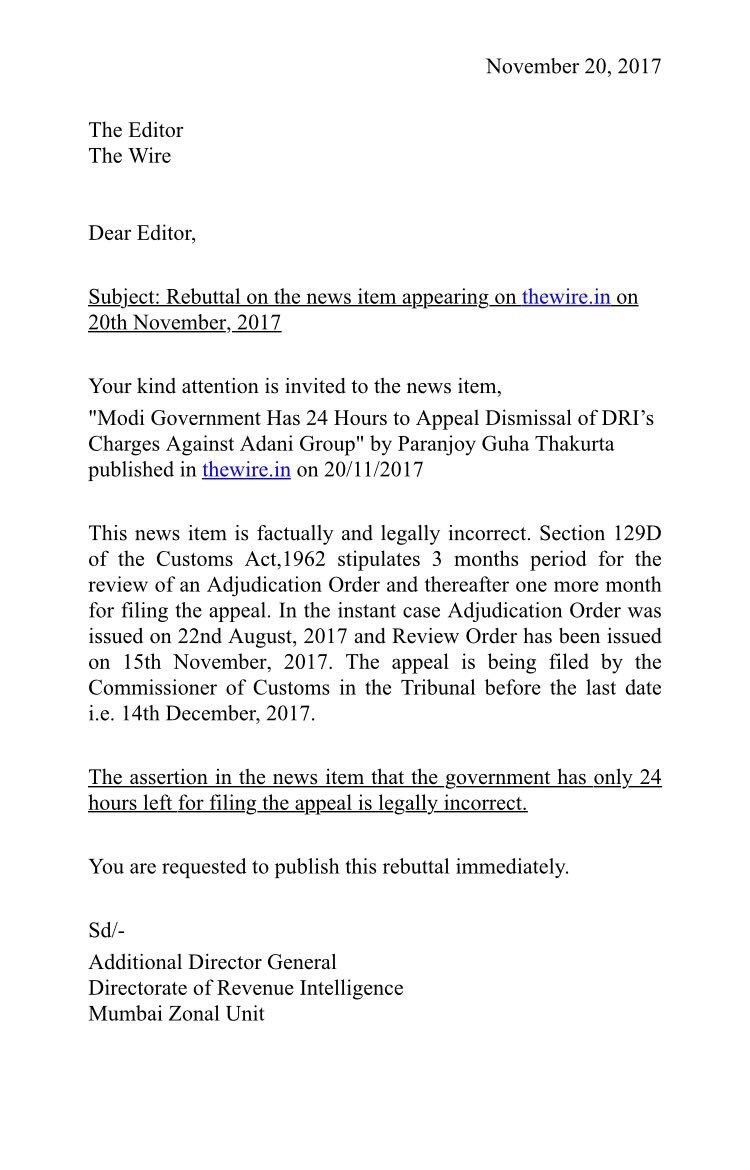 The rebuttal states that The Wire report has got it wrong on two counts:

b. Contrary to the innuendos made in the piece, the Government is going to file an appeal against Adani, by the above date.

The CBEC also asks The Wire to publish the rebuttal as soon as possible, in order to prevent misinformation from being spread. But will The Wire oblige? At the time of publishing this article, they had not published the rebuttal.