2G verdict: Was the man who ‘misled’ PM Manmohan Singh, a ‘Gandhi loyalist’? 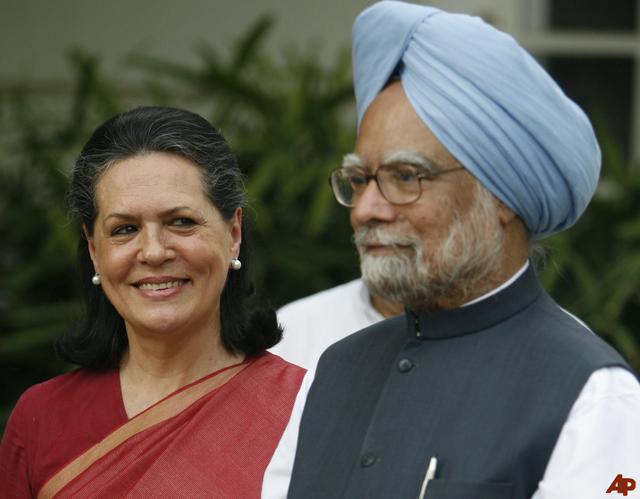 The 2G verdict acquitted the accused, prominent among them, the then Telecom minister A Raja, but the judge in his judgement has opened up a new angle. While he trashes the case of the prosecution, a section of the judgement exclusively deals with the following:

Role of PMO: Whether Hon’ble Prime Minister was Misled, if so, by Whom?

Paragraph 1795 to Paragraph 1807 of the judgement exclusively deals with this part, and the conclusion of the judge is presented as below: 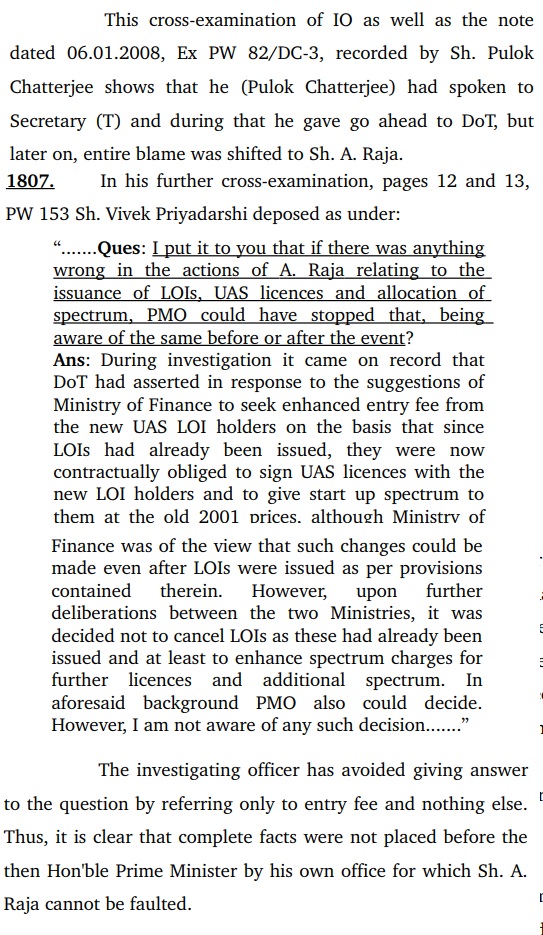 From the above, one fact is clear: The CBI judge had no doubt in his mind that the then PM Manmohan Singh, had been ‘misled’ on the 2G issue. The only question was: Who misled the PM.

The judge answers this by categorically stating at the start of para 1806 that it was Pulok Chatterjee,  in consultation with T. K. A. Nair, the then Principal Secretary to the PM, as he had suppressed the most relevant and controversial part of the letter of A. Raja from the then Prime Minister.

And who exactly is Pulok Chatterjee?

In the 1980s, the then chief minister of UP, V.P. Singh, had discovered Pulok Chatterjee as a new DM for Sultanpur (under which Amethi falls), at the behest of Sanjay Gandhi. But Sanjay Gandhi expired, and Chatterjee was picked up by Sanjay’s successor Rajiv Gandhi. He is said to have become close to the Gandhi family from thereon.

After Rajiv Gandhi’s assassination, Chatterjee joined the Rajiv Gandhi Foundation for six years and subsequently worked with Sonia Gandhi as her OSD, when she became leader of opposition in the Lok Sabha. Once the UPA seized power in 2004, he was appointed as the Joint Secretary in PMO from 2004 to 2009, the period when the 2G licenses issue arose. After a brief stint with the World Bank, He was elevated to the role of Principal Secretary to PM Manmohan Singh in 2011.

Media reports over the years have referred to Chatterjee as “close to Sonia Gandhi”, “Sonia Gandhi loyalist”, “close to Gandhi family”:

Sanjay Baru, the PM’s then Media advisor, says this about Chatterjee:

Pulok, who was inducted into the Manmohan Singh PMO at the behest of Sonia Gandhi, had regular, almost daily, meetings with Sonia at which he was said to brief her on the key policy issues of the day and seek her instructions on important files to be cleared by the PM.

Indeed, Pulok was the single most important point of regular contact between the PM and Sonia. He was also the PMO’s main point of contact with the National Advisory Council (NAC), a high-profile advisory body chaired by Sonia Gandhi, with social activists as members. It was sometimes dubbed the Shadow Cabinet.

Coming back to the 2G verdict, the judge proceeds to builds his case, and in para 1799, the judgement says

It is not clear from the record, if this note was seen by the then Hon’ble Prime Minister or not. However, it is clear that  somebody from the PMO had given a go ahead to the DoT for issue of new licences and most probably it was Sh.  Pulok Chatterjee himself, as his note records that he had spoken to Secretary (T).

A few things become clear here: The judge believes that the go ahead to give away the 2G licenses came from within the PMO, and he believes that “most probably” this came from Mr Chatterjee. The judge thus exonerates A Raja, and wonders why Mr Chatterjee would have suppressed facts, presented a partial picture, and “misled” the PM. In para 1804, the judge also says that the reason for placing such partial facts before the PM, would be best known to Mr Chatterjee himself.

While the above is clear, some questions do come up:

1. Were Chatterjee’s actions an error or a deliberate move?

a. Did he act on his own account, as just another bureaucrat, or was he acting on someone’s behest?

b. Can it be ruled out that this entire process was orchestrated to seem like it was an “error”, when in fact it was done to first facilitate, and the cover-up, the controversial issue of licenses?

c. Who is most likely to have influenced Chatterjee to become the fall-guy for an “error”?

The judgement does not seem to deal with the above questions since the main accused was Mr A Raja, and the judge has found him not guilty. While the Congress is celebrating the judgement as a vindication of their stand, the above observation by the judge, that the PM was “misled” by “suppression of facts”, by a PMO official who happens to be a Sonia Gandhi loyalist, can be far more damaging than an A Raja conviction. The judgement essentially clears A Raja, but shines the light of suspicion on the PMO and associated characters. Will we ever have a thorough probe to explore the answers to above questions?