After Bikram Majithia, it’s Nitin Gadkari and Kapil Sibal that Arvind Kejriwal has apologised to 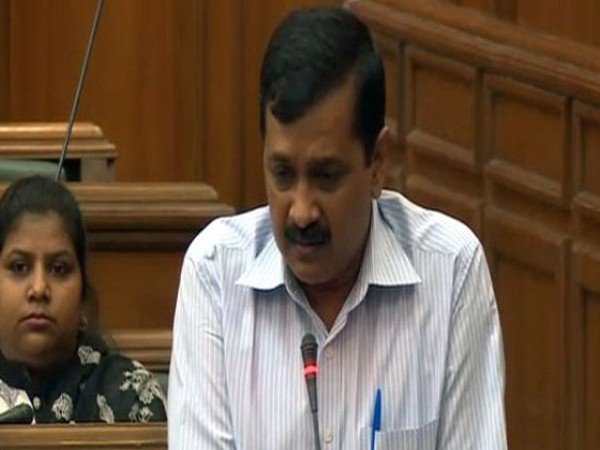 Delhi Chief Minister, Arvind Kejriwal, has formally apologised to Union Minister Nitin Gadkari for the allegations of corruption levelled against him following which a case of defamation was filed against him in the Court. Arvind Kejriwal and Nitin Gadkari have both approached Delhi’s Patiala House Court for withdrawal of the case against the chief of the Aam Aadmi Party. Interestingly, it was in the defamation case against Kejriwal filed by Gadkari where the AAP supremo had refused to furnish the bail bond and had ended up in jail.

AAP Chief A Kejriwal writes to Union Minister Nitin Gadkari expressing regret for unverified allegations made against him. In the letter, he wrote,”I have nothing personal against you. I regret the same. Let us put the incident behind us&bring the court proceedings to a closure.”

Kejriwal’s apologies to those concerned were along expected lines as a close aide had admitted that the Chief Minister of Delhi wanted to end the myriad of cases filed against him in various cases as a conviction would render him unable to contest elections in future. According to the aide, the cases were hindering Kejriwal’s focus on the governance of Delhi. However, AAP MLA Kapil Mishra said it was a merely an excuse as the case involving his allegations against Bikram Mathijia did not require his physical presence and he would have to attend only 3 days of Court in the next 4 months

The apology to Bikram Mathijia had sparked an internal feud within the Aam Aadmi Party with its leaders from its Punjab unit heavily criticizing the move. Again, AAP MLA Kapil Mishra had alleged that the Punjab unit had become a burden for the Delhi Chief Minister and he wanted to end the unit in a deal with Congress which would involve an alliance between the two parties for the General Elections next year. The apology to Nitin Gadkari and Kapil Sibal might further deepen the rifts within the party.

While the Delhi circus never sleeps, especially with Arvind Kejriwal at the helm, Shivraj Singh Chouhan has an interesting advice for Delhi Chief Minister.