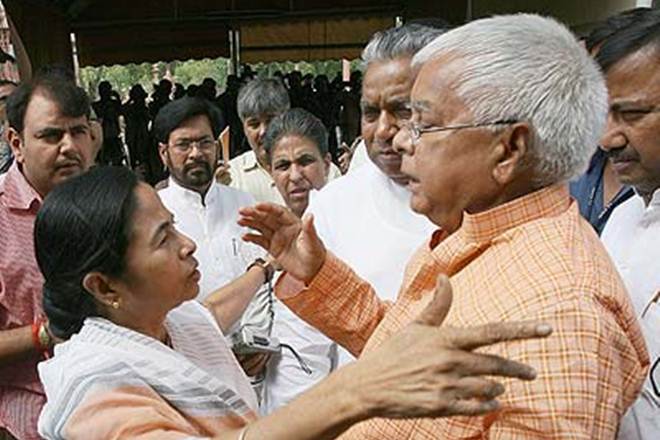 RJD chief Lalu Prasad Yadav, who is currently undergoing treatment in AIIMS while in jail serving a jail sentence in connection with fodder scam, has reportedly invited TMC chief Mamata Banerjee for an opposition meet to be held in Patna later this month. TMC’s Derek O’Brien also confirmed that he has received invitation from Lalu for the meeting which aims at uniting the opposition parties against the BJP.

As reported by Hindustan Times, the meeting will be held on 21st April which will come close on the heels of Banerjee’s interaction with opposition leaders during the Parliament session as well as Andhra Pradesh chief minister Chandrababu Naidu’s meeting with several parties in the capital last week. Naidu had cut ties with the BJP last month over demands of a special status to his state.

As the 2019 general election inches closer, the opposition is gearing up to put up a united anti-BJP force to give a fierce fight to the BJP. Earlier in March, UPA chairperson Sonia Gandhi had hosted all opposition ‘fabulous dinner‘, which was skipped by West Bengal chief minister Mamata Banerjee. Later on, she was on a three day trip to the national capital, in a bid to strengthen the anti-BJP force, where she skipped meeting Congress President Rahul Gandhi and met Sonia Gandhi instead.