“When I was growing up the gods were never angry,” said Eeny to her friends at a quiet cocktail party in a hidden corner of a terrace bar.

“I know,” concurred her friend, Meeny, and poured some more wine for herself. “Look what they did to poor Hanuman.”

“I adore Hanuman,” said Mynie, not to be left out, “and his cute elephant trunk.”

“That’s Ganesha, you dunce,” said Moh with some irritation. “Haven’t you seen those saffron stickers of angry Hanuman on the back of cabs?”

“Ugh!” said Mynie, disgusted as if she had found paneer instead of tofu in her salad. “Who goes in a cab?”

“The point is,” said Eeny, “that Hanuman was always a nonviolent God. Remember how he won over Lanka with love?”

“What?” asked Meeny, her face plainly indicating that this was a news to her. “Didn’t he burn the whole city down with his tail on fire?”

“No, that is what we are made to believe by these militant right-wingers,” replied Eeny, with the confidence of someone who has recently learned about some new topic by stumbling upon a WhatsApp post or a Quora answer.

“You must be kidding,” said Meeny.

“Do you know the real story?” asked Eeny, warming up to display her erudition. “When Hanuman reached Lanka, the kingdom was very dark. In order to find Sita, or was it, Gita? Anyway, he needed some light, and since there was no electricity then, he lighted the whole kingdom with so many lamps, olive oil ones at that. The city just looked like it is burning – probably some later historian mistranslated the event.”

“Who told you that?” asked Moh, unable to believe a single word of this.

Eeny looked at her, and with a triumph, said, “I read it in the book Authentic Mythology of Hindu Deities by Sanjay Dutt…I forgot his last name, some Naik.”

“Duh!” retorted Eeny, mistaking Moh’s outburst as a comment on the book instead of the story. “It says authentic right in the title, so it has to be the true story.”

Moh shook her head and poured herself more wine.

Meeny, meanwhile, picked up a piece of tofu with her fork and said, “Now that you mention this, I now remember once meeting an eminent historian who said that Shiva was a nonviolent god too.”

“Absolutely,” said Eeny, for the book by Sanjay Dutt some-Naik also included stories on Shiva, and added, “one more militant right-wing narrative that he is an angry god – they have made us believe that he is the Lord of Destruction. Rubbish!”

“When Shiva opens his third eye,” said Meeny, trying to sound as erudite as her friend Eeny had tried, “rays of love will spread across the Universe.”

However hard Moh tried to ignore them by sipping more wine, she couldn’t. “What nonsense!” she hollered. “Shiva once opened his third eye and Kama, the Love God, you know, was turned to ashes – they were not rays of love, my sweetie pies, but rays of fury.”

Eeny knew what to say. “It’s a…uh…what is called an allergy, Moh.”

“Allergy…it means, you know, a story that is really not what the story is about,” said Eeny, with some confusion.

“You mean an allegory?” asked Moh.

Meeny, who was getting impatient to add her two cents, interrupted and said, “Allergy or allegory, who cares? Do you know what I love about Shiva? The moon on his locks…I had read somewhere that it actually means peace. Such a secular symbol!”

Mynie, who was silent until then, said, “I adore Shiva and that chakkar thing that spins on his finger.” Just in case the rest did not get her abstruse reference, she lifted her index finger and went, “whirrrrrrrrrrr!”

Eeny and Meeny laughed hard at this, for despite reading books by Kudratey Schuer and the one that they called Sanjay Dutt some-Naik, they knew that Mynie was wrong about this one.

“Where did you grow up, Mynie?” asked Eeny, still laughing. “Even Shahid Siddiqui knows better than you about Hindu prophets.”

Mynie shrugged her shoulders and said with evident nonchalance, “I am a poet, and for me, poetry is more important than the story.”

Eeny and Meeny conversed about how the militant right-wing had made Durga an angry goddess in recent years.

“I didn’t know that Durga was a major goddess in Polynesian mythology,” said Eeny.

Moh had to intervene. “Whoever told you that? Durga is as Indian as Ganesha or Vishnu or any of the other gods.”

“Rowling said in one of her tweets,” said Eeny, and her eyes went dreamy remembering some obscure spell in one of her books on the boy wizard.

Meeny, looking at the incredulousness on Moh’s face, retorted saying, “She is the greatest author ever, and she cannot be wrong. She knows more about spells and stories than anyone else!”

Moh, who had never read any of Rowling’s books, wondered if there was a spell to turn her friends to ashes, and then realized that she did not need Rowling for that. Shiva had already done that some millennia before three-quarter platforms had existed.

“I adore Durga,” said Mynie, interrupting the conversation this time, “and the gold coins that fall from her palm. Clink clink clink.”

Moh wanted to scream at her friends, slap them with some sense, tell them that their ignorant blabber was lower than the intelligence of politicians who had made a habit of lying every time their kurta was torn, but they had always been good to her. She looked around and the terrace bar spelt “upscale” in bold. The wine was also especially great today. She poured some more for herself.

Eeny’s iPhone vibrated on the table. She picked it up as if it was her baby, and tapped on the WhatsApp notification.

“Get the placards ladies – we need to go,” said Eeny, evidently in response to some message she had got.

Eeny, Meeny, Mynie, and Moh left the building without paying the bill. 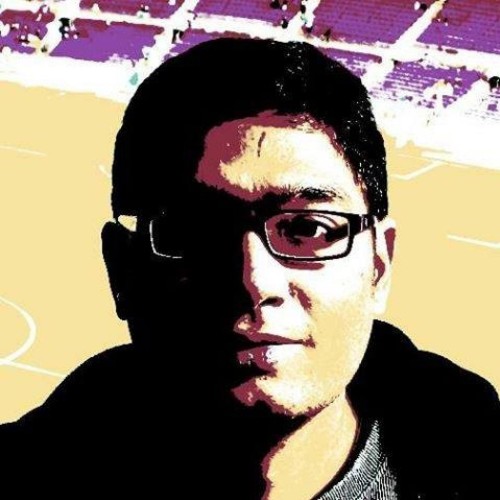