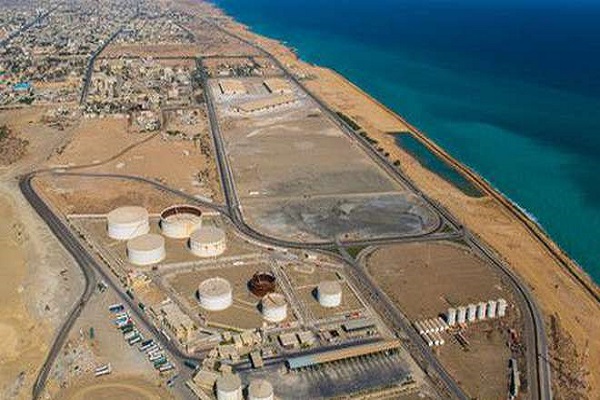 In what seems to be a successful strategic policy initiative, Iran will now hand over the strategic Chabahar port to an Indian company within a month for operations as per an interim pact between two countries, said Iranian Minister of Roads and Urban Development Abbas Akhoundi said Thursday.

Abbas Akhoundi has arrived in India to participate in the Mobility Summit by Niti Aaayog on the invitation of the Indian government. “Now, we are ready just to hand over the port (Chabahar) to the Indian company to operate this in an interim agreement that already we had with Indian part for one and a half year”, Akhoundi told to the media in New Delhi.

He also said that India has also introduced a banking channel to ease trade and investment, which has also been approved by Iran’s central bank. Reportedly, discussions are underway between UCO Bank and Bank Pasargad for payment mechanism by which US-driven sanctions can be avoided. He further added that both countries are moving forward towards the utilization of the Chabahar port. Akkoundi said that handing over the port will be done within one month.

Chabahar, the only Iranian port with direct access to the ocean, lies in the Makran coast of south-eastern Iran is a highly energy-rich coast but underdeveloped free trade and industrial zone.

Chabahar is one of the most important strategic areas of influence for India, as it is located just 76 nautical miles (less than 150km) west of the Pakistani port of Gwadar, being developed by China. This makes it ideal for keeping track of Chinese or Pakistani military activity based out of Gwadar.

The Chabahar project provides better connectivity opportunity to countries like Iran, Afghanistan and beyond and most importantly bypasses the Pakistan land corridors and Karachi port to transport goods to the Central Asia region. India has already built necessary infrastructure in Afghanistan to bring more connectivity and also use the region for both economic and strategic initiatives.

India had constructed the Zaranj-Delaram road in 2009 which is to provide access to Afghanistan’s Garland Highway, facilitating transport to four major cities in Afghanistan — Herat, Kandahar, Kabul, and Mazar-e-Sharif. From Chabahar, an overland access to Zaranj in Afghanistan is also being built, which is about 900 km from the newly built port.

Chabahar port is important for India as it is easily accessible from Indian western ports of Mumbai and Kandla. Both Iran and India will have massive benefits from this project, as Iran receives much-needed investments in the region and India gets benefited from both strategic and economic point of view. Chabahar is set to open new trade and investment opportunities for India.