OpIndia
Home Editor's picks Meet the people whose main concern is if Modi may 'benefit' due to terror strike, not tears of martyrs' families
MediaOpinionsPolitics

Meet the people whose main concern is if Modi may ‘benefit’ due to terror strike, not tears of martyrs’ families

While the Nation mourned the loss of its brave, the "liberals" were busy furthering the false narrative of Kashmiris being attacked throughout the country. 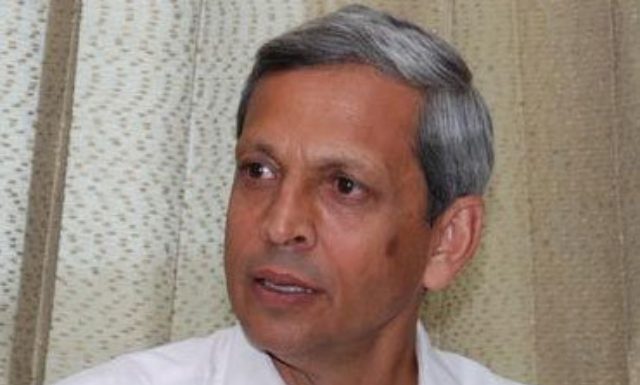 More than 2,500 Central Reserve Police Force personnel, many of them returning from leave to rejoin duty in the Kashmir Valley, were travelling in the convoy of 70 vehicles when they were ambushed on the Srinagar-Jammu highway at Latoomode in Awantipora in south Kashmir around 3.15 pm on Thursday. A suicide bomber rammed a car laden with over 300 kgs of explosives, into the convoy, with the death toll rising up to 44 by Friday in the Pulwama attack.

A video that was later released by Jaish-e-Mohammad, Pakistan backed terror group that took responsibility for the heinous act of terror, showed the suicide bomber talking about how he wanted to kill ‘cow piss drinkers’. He spoke about how Azaan would boom from Babri Masjid again. He spoke of Allah’s will.

Ajai Shukla, an ex NDTV journalist and currently, a columnist with Business Standard took to Twitter to float an asinine theory.

Three days after Pulwama, two “facts” and a question:

Fact 1: Pakistan Army and the ISI were behind the car-bomb attack.

Fact 2: Cross-border military retaliation by Modi cud win him an election that was otherwise doubtful.

Question: Is the ISI working to get Modi re-elected?

He asserted that the Pakistan Army and the ISI were behind the Pulwama attack and that any cross-border retaliation by Modi could win him an election that was otherwise doubtful. Then, he theorised that this could mean Pakistan was helping Modi get re-elected.

Ajai Shukla is not the only one sabre rattling. ‘Designer’ Farah Khan Ali appealed to Taliban Khan to condemn the Pulwama attack so that Modi doesn’t start a war and end up “winning”.

In fact, The Quint too published an article by C Christine Fair that took the same line of argument. In the article, Quint asserted that Pakistan wants to ensure another Modi victory by the Pulwama attack. It had other platitudes like “nothing suits Pakistan’s communal agenda like a Modi victory”. The article was mostly devoid of logic and bigoted.

These assertions are outlandish at best and sinister at worst. India is almost in the state of an undeclared war with Pakistan after the Pulwama attack. For such questions to be raised, the intention could only be undermining the interest of the nation. In their hatred for the Prime Minister, people like Ajai Shukla and Fair seem to have lost all moral semblence.

If one is to assume that their theory is correct, one needs to ask if Pakistan was also helping Congress win by carrying out the 26/11 Mumbai terror attack in which, despite not retaliating to Pakistan, Congress came back to power in 2009. The logic would, of course, not hold merit.

While the Country held its breath and read gut-wrenching stories of the Jawans martyred in the Pulwama attack, the ‘liberals’ were more concerned about politics than the tears of the martyr’s families.

Martyr Pradeep Singh Yadav from Kannauj was among those 40 brave soldiers who laid their lives in the service of the nation. Martyr Yadav was travelling with the CRPF convoy which was attacked by the Jaish-e-Mohammad terrorist. He was talking to his wife over the phone when the explosion happened, quite unaware that this was going to be his last conversation.

“I was talking to him on the phone, suddenly I heard the sound of a blast and the call got disconnected”, recalled Neeraj Yadav, wife of martyr Pradeep Yadav killed in the Pulwama terrorist attack. Stunned by the sound of blast Neeraj tried to call her husband again to check if her husband was fine, but the call did not connect. She told that Yadav was missing the time he spent with his younger daughter Sona.

With such stories of excruciating pain emanating from the dastardly attack, one wonders how vested interests can even think about electoral politics and Modi’s win over the martyrs and retribution for what Pakistan has done.

Perhaps these “liberals” feel so disconnected with the Indian Army that they rather make their hatred for Prime Minister Modi the focal point than focus on the Army, our jawans and paying Pakistan back in the same coin. Perhaps, for them, India is only worth fighting for if the man they detest is not at the helm of the government.

After the Pulwama attack, the country saw several spontaneous marches and vigils where people demanded justice and vengeance against Pakistan for the Pulwama attack. While the Nation mourned the loss of its brave, the “liberals” were busy furthering the false narrative of Kashmiris being attacked throughout the country. This narrative was without a shred of evidence and was called out extensively. There were several others who even celebrating the attack. One among the many was an NDTV deputy editor who was later suspended for 2 weeks by NDTV.