Ramalingam had been protesting against religious conversion of Hindus, which had made him a target of some radical preachers. 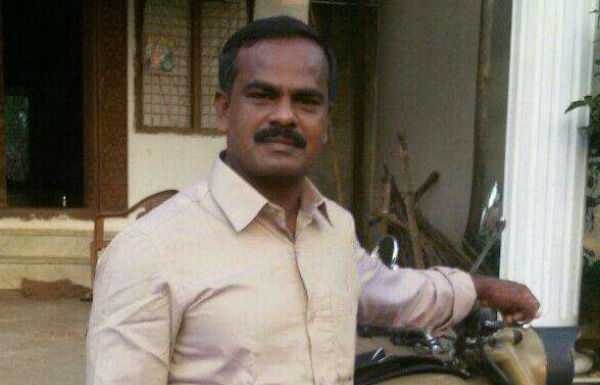 On Tuesday night a PMK (Pattali Makkal Katchi) leader in Tamil Nadu was brutally murdered by a group of people belonging to a minority community for opposing religious conversion.

As per reports, 42-year-old Ramalingam was assaulted in Kumbakonam in Thanjavur district on his way back home by a group of unidentified people and his hands were chopped off. Ramalingam died on the way to the hospital due to excessive bleeding.

Police along with local people suspect that the murder is linked to an argument Ramalingam had with few Muslim men earlier in the day. Reportedly, a group of Muslim preachers had gone to an area with large number Dalit inhabitants and started preaching about Islam on Tuesday. Coincidently, Ramalingam, who is a former secretary of PMK, was in the area at that time and he overheard the group of Muslim persons preaching their religion. He confronted the men opposing the same, and the preachers retaliated, which started an altercation. Later the issue was sorted by some Muslim clerics.

But it seems some people in the group wanted to teach Ramalingam a lesson and they attacked him in the night when he was alone.

A video has also emerged where Ramalingam is seeing arguing with the preachers asking them not to convert people. He says, “Hindus are never anti-Muslims. We worship our God, you worship your Allah”.

“I’m ready to come to the mosque and get involved in prayer. Will you accept a Hindu god? Will you eat the food offered to a Hindu God? We are ready to live together and live together. But you are dividing the people”, he said.

PMK Kumbakonam Office Bearer Ramalingam who opposed Muslim conversion in a Dalit colony has been murdered. Looks like radical outfit Popular Front of India is behind the murder. Media, Journos, Liberals & loudmouths who howl for every single thing *silent*? #JusticeForRamalingam pic.twitter.com/9E0xOcMplG

Ramailingam also took the skull cap from one of the preachers and put it on his head, while he applied vibhuti on that person’s forehead, to establish his point of religious harmony. It is suspected that this gesture by him was misunderstood by some, causing them to take revenge on him. Police suspect that is the reason why his hands were chopped off, as a punishment for his act of applying vibhuti on a Muslim person.

Ramalingam had been protesting against religious conversion of Hindus, which had made him a target of some radical preachers. It is suspected that the radical outfit Popular Front of India is behind the murder.

Following the incident, a large police force has been deployed in the Kumbakonam area to prevent any communal clash. Police have lodged an FIR under section 302 of the IPC and have started an operation to nab the killers.