OpIndia
Home Opinions There is a 'Left' in 'Left Wing Extremism': We know leftists are a danger to democracy, why do we pretend like it's a debate?
MediaOpinionsPolitics

There is a ‘Left’ in ‘Left Wing Extremism’: We know leftists are a danger to democracy, why do we pretend like it’s a debate?

Let the next intellectual leftist who writes a 1000 word essay on the dangers of “right-wing Hindus” volunteer to lead a polling party without police protection to Bastar. We’ll see then. 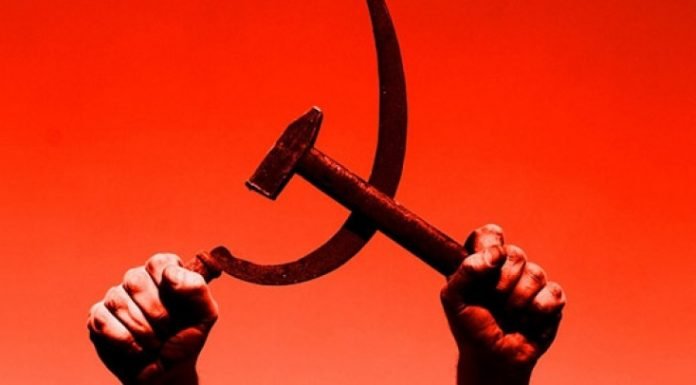 This is a picture of the Pope travelling in his special vehicle, with security escorts on either side. Good for him.

If you think about it though, there is something deeply ironic about this image. Why would a man who is supposed to be infallible (yes literally!), with a direct hotline to God himself need such temporal protection?

Because we know that despite all obscurantism in the world, reality matters.

For the same reasons that most astrologers are not billionaire investors on the stock market. You would think that anybody with common sense should be able to figure this out, but it doesn’t happen as much as it should. Millions of people are somehow able to suspend their common sense and carry on.

Something similar happens with leftists, Indian elections, the media and the general public. We act as if what is happening isn’t happening. And what is obvious isn’t actually so. Even though it’s right before our eyes. For example:

As India’s mammoth General Elections roll out in phases all across our great nation, the biggest security arrangements, the tightest precautions are taken in the so-called “LWE affected districts.”

In many places, polling is stopped by 3 PM so that the poll officials can scramble back to safety before the sun sets. At times, the Election Commission has considered stopping the use of indelible ink.  Because people in such areas fear violent reprisals if they are seen to have participated in the democratic process.

So what is this LWE and what does it stand for? Well, LWE is short for “Left Wing Extremism”. Voting begins in Jharkhand today. Small states like Odisha, Chhattisgarh and Jharkhand are all voting in multiple phases just so that the EC can ensure maximum security against the threat of Left Wing Extremism.

And yet in India, we act as if we have all been collectively hypnotized as if nobody can hear the word “Left” in “Left Wing Extremism”.

We send thousands of troops and spend hundreds of crores making sure our democratic process is safe from Left Wing Extremism. And yet, we act as if leftists are not a threat to democracy. A sort of cognitive dissonance.

Our media, our academia, our intelligentsia is busy debating the supposed threat to democracy from BJP and Modi! And more often than not, it is the leftists who are on TV, in newspapers and journals, giving lectures on how to be more “democratic”. We watch, we respond, we debate and discuss.

All this while, everyone on either side just scrolls through reports about India having to use thousands of troops to guard against left-wing violence. Both sides barely notice what is actually happening. A few weeks ago, an elected BJP MLA who was campaigning in Chhattisgarh, was murdered by violent left wingers. The ideology that drove his killers was barely commented upon by anybody. It was almost as if he died of natural causes or in a natural disaster like flooding or earthquake.

Why have we become immune to reality? Why is our political discourse happening in an alternate universe? Over there, in that parallel universe, left wingers and right wingers engage in a battle of wits over who is a greater threat to our democracy. Ghosts like “Hindu terror” are a much debated and much polarizing issue in this election. How did that happen? Can you name any part of this country or the world where “Hindu terror” is making candidates fear for their lives while campaigning? Or making voters fear for their lives while voting?

Terrorism is not this nameless, formless, incomprehensible presence that forces its way into our lives in a completely unpredictable and unforeseen manner. We know exactly what drives it and when and where it tries to prey on us. There is a reason why polling has to be stopped at 3 pm in many parts of Chhattisgarh but not in Bengaluru or Mumbai. It has nothing to do with the weather, the time zone, the traffic nor the pollution levels. All sides know that it is leftists who are the problem.

And yet we have left-wing rockstars who enthral TV audiences with their lectures on democracy. Absurd. And then we have right-wingers trying to debunk them on the ideological plane. As if reality is not speaking loudly enough about who is the real danger to our democracy.

Reality is the most important thing of all. Let’s reconnect with it and stop wasting everybody’s time with pointless debates.

Let the next intellectual leftist who writes a 1000 word essay on the dangers of “right-wing Hindus” volunteer to lead a polling party without police protection to Bastar. We’ll see then.