The registrar stated that the registration process was disrupted for the entire day. "The university will take strict disciplinary action against the agitators who caused enormous hardship to thousands of students," Kumar said. 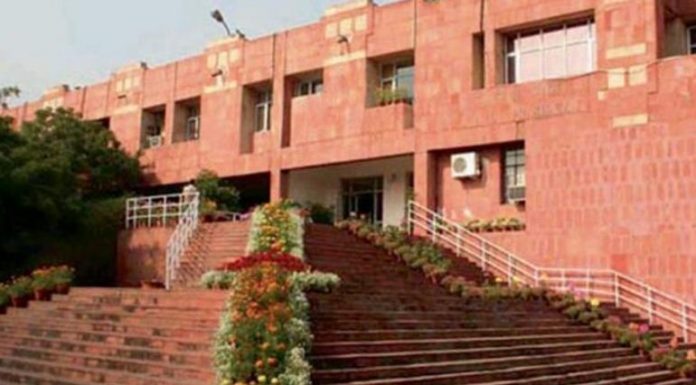 On Friday, the students of controversial Jawaharlal Nehru University (JNU) disrupted the registration process for the winter semester by barging into the Centre for Information System office and cut off the power supply to protest against the fee hike, reports Hindustan Times.

JNU registrar Pramod Kumar on Friday issued a statement saying, “The student agitators in JNU crossed all boundaries of decency and discipline and appear determined to cause as much damage to the academic interest of their fellow students as possible. At around 1 pm on January 3, a group of students using masks on their faces forcibly entered the office of the Centre for Information System, switched off the power supply, forcibly evicted all the technical staff, and made the servers dysfunctional.”

Following the incident, the JNU administration has said it would take disciplinary action against all students involved in the incident.

Read: Shaheen Bagh protests: Deep dive into how JNU ‘student’ and The Wire columnist Sharjeel Imam went from ‘let us burn Constitution’ to ‘saving it’

The registrar further stated that the registration process was disrupted for the whole day. “The university will take strict disciplinary action against the agitators who caused enormous hardship to thousands of students,” Kumar said.

Reportedly, the university on December 3, 2019, had announced registrations for the winter semester from January 1 with the hiked fee and asked students to complete their academic requirements for the last semester by January 20. However, JNUSU had announced a boycott of the registration process until the administration rolled back the fee.

Aishe Ghosh, president of left-wing dominated JNU Students Union (JNUSU), claimed that the union was not aware of any such incident. “We did not give any such call to gherao the Centre for Information System. We are not aware of any student getting involved in the incident mentioned by the administration,” she said.

The JNU has been held hostage by the ‘students’, especially belonged to ultra-left wing groups from October after the varsity had decided to hike the hostel fees.

As a part of the protest, the students boycotted the semester exams and blocked the gates of schools and centres. The protests had even taken a violent form after some ‘activists’ of JNU had vandalised a soon-to-be inaugurated statue of Swami Vivekananda on campus while protesting about the new fees structure and added restrictions.

The students of the Jawaharlal Nehru University (JNU) had also mounted an assault against the vice-chancellor (VC), M Jagadesh Kumar, in the university campus.

After resorting to endless vandalism and hooliganism, clashing with the police, heckling reporters and attacking teachers the JNU goons, the left-wing students had blocked scientist Dr Anand Ranganathan from entering his laboratory.

Earlier, the JNU students had kept a faculty member named Dr Vandana Mishra, who is the Associate Dean of the university in illegal captivity, abused and attacked the Dean for 30 hours. Prior to this, the JNU goons had also forcibly stopped the ambulance in which the Dean was being taken for medical care even though the Dean’s health was deteriorating alarmingly.