OpIndia
Home News Reports Ahead of president Trump’s India visit, four senators with a history of interfering in internal affairs of India write letter on Kashmir and CAA
News ReportsPolitics

Ahead of president Trump’s India visit, four senators with a history of interfering in internal affairs of India write letter on Kashmir and CAA

The senators, Chris Van Hollen, Todd Young, Dick Durbin, and Lindsey Graham in their letter, accused the Modi government of imposing the longest internet shutdown that has affected the livelihood of 7 million people on medical, educational and business 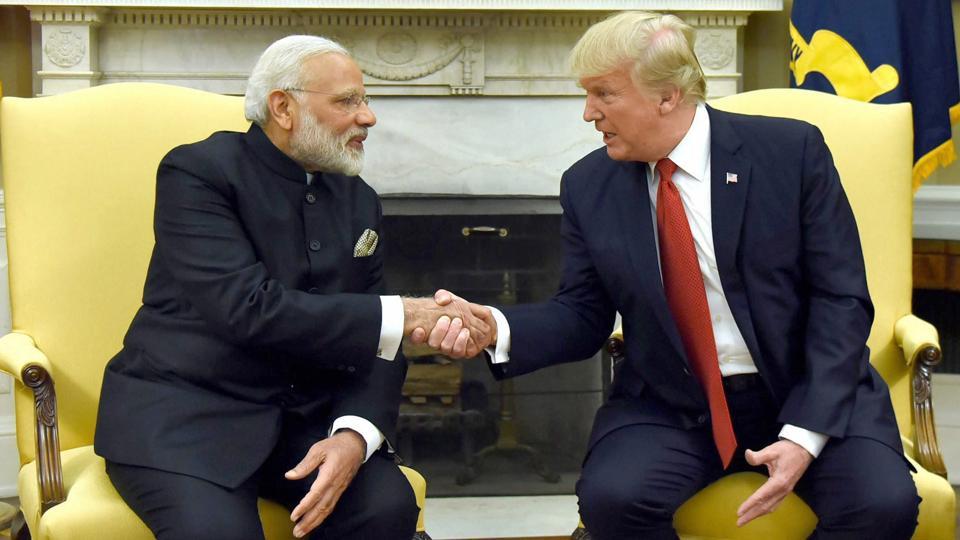 Four senators in the US have written to the Secretary Of State, Mike Pompeo, regarding the situation of Kashmir and the enactment of the CAA. The four US senators, two from the Democratic Party and two from the Republican Party have urged an assessment on the passing of the Citizenship Amendment Bill (CAA) and the abrogation of article 370 and 35A by the Modi government.

The senators, Chris Van Hollen, Todd Young, Dick Durbin, and Lindsey Graham in their letter, accused the Modi government of imposing the longest internet shutdown that has affected the livelihood of 7 million people on medical, educational and business. The letter further asks the Secretary of State to investigate the number of detentions and the number of people who could go ‘stateless’ due to CAA.

This letter comes after President Trump accepted Prime Minister Modi’s invitation to visit India, later this month. The President, on Tuesday, said that the relationship between the Trump administration and the Modi government will be a fruitful one.

We write as longtime friends of India regarding some of the troubling actions taken by the current government. More than six months after Indian Prime Minister Narendra Modi’s government unilaterally revoked the autonomy of Jammu and Kashmir, the government continues to block most internet in the region. India has now imposed the longest-ever internet shut down by a democracy, disrupting access to medical care, business, and education for seven million people. Hundreds of Kashmiris remain in “preventive detention,” including key political figures.

These actions have severe consequences. That is why, in the Fiscal Year 2020 State, Foreign Operations, and Related Programs appropriations report, the Congress urged the Indian government to:

(3)    release individuals detained pursuant to the Indian government’s revocation of Article 370 of the Indian constitution.

In addition, the Indian government has taken other troubling steps that threaten the rights of certain religious minorities and the secular character of the state. This includes the passage of the controversial Citizenship Amendment Act, which is being challenged in India’s Supreme Court.

Therefore, we respectfully request an assessment of the following items within 30 days:

(1)    the number of individuals detained by the Indian Government for political purposes due to India’s revocation of Article 370 of the Indian Constitution with respect to Jammu and Kashmir, including an assessment, to the extent practicable, of whether detainees endure torture or other forms of mistreatment;

(2)    the government of India’s restrictions on communications in Jammu and Kashmir, including access to the internet and cellular telephone services;

(3)    the level of access to Jammu and Kashmir the Indian government grants to independent observers, foreign diplomats and consular agents, foreign journalists, international organizations, and representatives of nongovernmental organizations;

(4)    restrictions on religious freedom in Jammu and Kashmir; and,

(5)    the number of individuals—including the number of religious, ethnic and other minorities—at risk of statelessness, arbitrary deprivation or denial of nationality, expulsion or arbitrary detention pursuant to the Government of India’s latest National Register of Citizens list, and any excessive use of force by Indian authorities against demonstrators opposing the Citizenship Amendment Act.

Interestingly, the four senators are not expressing their supposedly genuine concern in India’s affairs for the first time. All of them have had a history in expressing views that have been contrary to their administration’s stance with India as well as with what India has said as well.

For example, in October 2019, Senator Chris Van Hollen, who is a member of the Democratic Party, claimed that he was denied permission by the Indian government to visit Kashmir to take stock of the situation. He was one of 50 Congress members who had expressed “concern” about Kashmir but was told by the Indian government that it’s not the right time. He had also met the foreign minister of Pakistan who had spoken about Kashmir to the senator.

Senator Dick Dubin from the Democratic party has been a key opponent to the S-386 Bill which sought to end country caps for job-based green cards. Almost 77 percent of nearly 400,000 people waiting in the employment-based green card category are Indians. The Indian Ambassador to the US Harshvardhan Shringla had met Dubin to explain to him the importance of S-386 bill.

Senator Todd Young, alongside senators Van Hollen and Lindsey Graham had written a letter on Kashmir last year in September, asking the US president to intervene and safeguard human rights of the people in Kashmir. They had accused the Modi government of imprisoning individuals under the Public Safety Act.

Senator Lindsay Graham also labelled India “the worst” due to the high tariffs imposed on American products. In an interview to CBS, he said “When you look at the world tariff regime, 67 per cent of all the tariffs in the world disadvantage America. There’s a higher tariff on American products in the country in which we do business with. India’s the worst”. These comments came during the trade disputes between New Delhi and Washington.

Therefore, there is no surprise to see the same elected individuals make repeated appeals to the US administration to actively interfere despite New Delhi’s position that it is India’s internal matter. Now that the president is visiting India, these requests on dubious humanitarian grounds are back again.

However, the Kashmiri Pandit community in the US have expressed happiness and confidence in the Modi government for their move to abrogate article 370 and 35A.