The rise of Pro-Pakistan voices in India 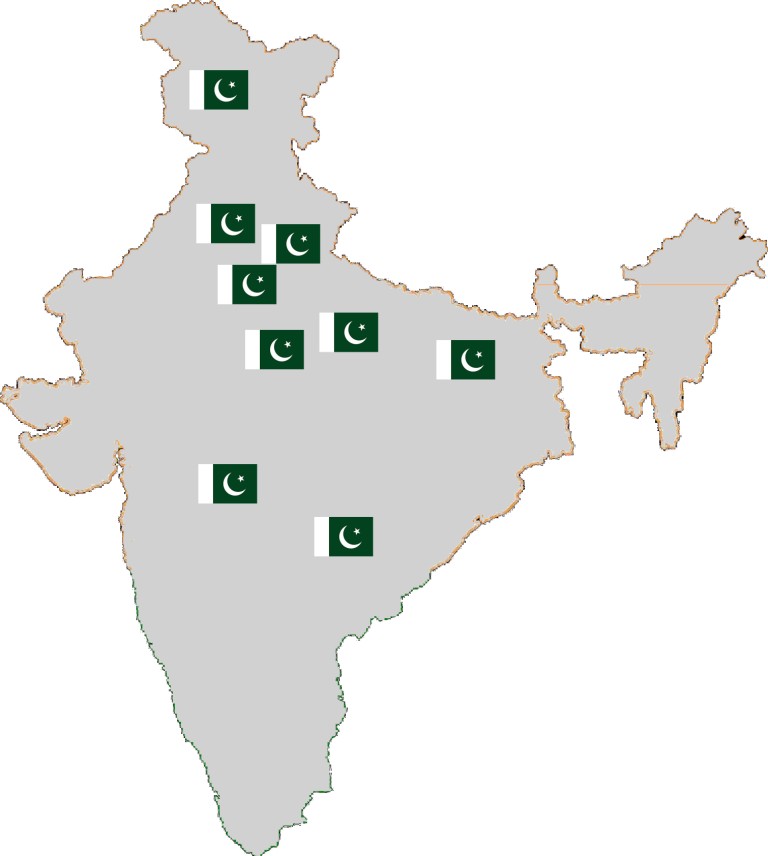 Pakistan Zindabad, a slogan that gained notable impetus at the national level during early 1940s as a battle cry for creation of Pakistan, has now become one of the most celebrated expressions of patriotism in Pakistan.

One of the biggest ideological challenges to the existence of Pakistan has been its failure to identify itself without putting India as a frame of reference – as a neighbor, as an enemy, as a competitor or as a parent geography, due to which Pakistan Zindabad, which should ideally mean victory of Pakistan, stretches to victory of Pakistan due to downfall of India.

This phrase was alsojubilantly raised after creation of Pakistan by the locals to welcome the refugees coming to Pakistan.

Over years, it become one of the most identifiable catchphrases in Indo-Pak wars, India-Pakistan social media bashing, separatists’ movement in Kashmir and anti-national movements in several parts of India.

Society can be crudely pegged around ternary systems. People are atheist, believer or agnostic; social, antisocial or asocial; liberals, conservatives and fence-sitters. The spectrum of Indian socio-cultural collage consists of nationalists, anti-nationals or fence-sitters. Anti-national philosophies become more complex when Pakistan is involved, and the anti-India feelings spring to anti-India-pro-Pakistani feelings.

OpIndia.com team has tried to capture some of the recent anti-India-pro-Pakistani events from different parts of India:

Even if we leave aside extreme cases where a few Indian Muslims from Hyderabad, Bangalore, Varanasi, Mumbai, Kolkata, etc. have joined ISIS or other terrorist organizations, but we can’t neglect or understate serious issues like public shouting Pakistan Zindabad. Terrorist setups don’t question religious and cultural background of a society beyond a limit, but these organized events, which involve huge social gatherings and public speaking, impact public opinions for a long time and raise some very serious questions.