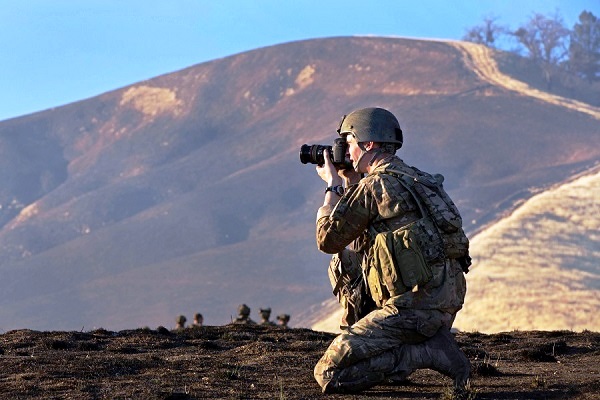 Following is a leaked transcript of briefing for the ‘Operation Saboot’ – a televised strike in P0K to make sure so-called liberals and opposition leaders are happy and satisfied.

Commanding Officer: At ease, officers. We have been tasked to do another mission, another strike inside Pakistan. And it gives me immense pride to inform that our unit has been selected for the task.

Cries of “Yesss…”, “Je Baat.. “ and other exultations filled the room.

Commanding Officer (over the din): Important thing is that strategic objectives have changed. Colonel XXXXXX from our Media Relations Cell has come to brief us about it.

Colonel:  The objective of this strike is to provide a video, audio, pictorial & documentary evidence of the strike, clearly demonstrating that Indian commandos began from Indian soil, crossed Line of Control, went across to Pakistan, struck the terrorist camps and came back to unit HQ, in India.

Major: And I suppose you are going to tell us how to do it?

Colonel: Sure I do. Here it is. There are several sub objectives of the strike, I explain in chronological order and you can ask question after each one.

First task is to establish that the strike or raid emanated from India, the operative word here, is documentary proof. Operation begins with the unit watching the movie ‘Border’ and rejoicing when Sunny Deol uproots that hand pump when you get the call for mission briefing.  That would irrevocably prove that you began from Indian territory.

Second task is to prove that you crossed the Line of Control.

Captain: That should be easy, we can show the barbed wire fence and the Pakistani towers across it.

Colonel: No. We need to establish beyond doubt.  Barbed wire & towers can be disputed and claimed to be staged. So, find the NDTV reporter lurking around LOC and ask him to confirm that this is LOC. No one would be able to deny that.

Next is to prove that you are in Pakistani territory. On your way, enter a village, any house would do, ask for their identification. Only government identification would do, no identity cards issued by private organizations, schools, colleges or any such. Obtain two copies of the proof, get it attested by the Gazetted Officer to establish the nationality of the Pakistani.

Major: Errr… Where would we get a Gazetted Officer?

Colonel: He would be accompanying you.

Colonel: Next is to get to a terrorist camp, catch hold of two terrorists, obtain a confession from one that he is a terrorist, get it printed on an affidavit, get the same verified by the Oath Commissioner. Second terrorist has to sign as a witness.

Major: Why affidavit? He is a terrorist, na?

Colonel: You know that, terrorist knows that. But who else would believe it?

Major: Where would we get a … Okay, forget the question. Carry on.

Colonel: It is important that you don’t use force to obtain the confession; you appeal to his conscience, his feelings of brotherhood & humanity, his craving for peace, development, his children’s need for education and jobs to obtain his confession. Any use of force would negate the moral ground we wish to claim.

Also please ensure that the reasons given by terrorist for becoming one are poverty, lack of economic opportunities etc. Even family disputes would do, but ensure that there is no religious bend given to affidavits. We need a secular confession, not a bigoted one.

It is also important that you take group photographs of the unit with terrorists, for the sake of secondary evidence.

Final act before you get out. Go to a post office, send a packet of pictures taken, one copies of affidavits, identity proofs by registered post to United Nations Military Observer Group for India Pakistan, stationed in Kashmir so that they can directly observe the evidence. Please obtain a receipt.

And then, come back home.

Each commando would be accompanied by two video photographers, one still photographer, one lightman, one audio expert, one oath commissioner, one first class gazetted officer, one judge of sessions court, their assistants, attendants and orderlies. Any questions?

Captain: (sarcastically) Any other requirement, sir?

Colonel: Yes. The composition of the team; it has to have proportional representation, from upper castes, dalits, backward classes, minorities etc. We can’t be questioned on our commitment to social justice.

Major: Do you think that while doing all this, carrying a cavalcade of civilians along, in such inhospitable terrain, in enemy territory, at night, we won’t be discovered? Pakis would find us in minutes and wipe us out.

Colonel: It hardly makes a difference. No one asked you to join the Army, you did because you could not get another job. Didn’t you?

Major: Did you not miss the important part, Colonel? About eliminating the terrorists?

Colonel: Well, that is left to your discretion. Killing terrorists is not the primary objective. You may, if you are so inclined. Just ensure that no one from a family belonging to a school headmaster is among those you neutralize. And don’t kill anyone without an confession under oath, taken in presence of a Judge.

Captain: But why go to such lengths to prove that we did a strike? We can simply leave such a huge pile of dead terrorists that Pakistan cannot refute the claim.

Colonel: You are missing the point completely, officer.

Pakistan believes you. They know you can decimate them when you want.

It is India who does not believe you. The objective of this mission is to convince Indians.

Disclaimer: This is a piece of fiction and a figment of my imagination. Any hurt caused to any individual or institution is regretted.