More
Home Politics How Kejriwal would have dealt with demonetisation to emerge as a hero
PoliticsVarietySatire
Updated: 25 November, 2018 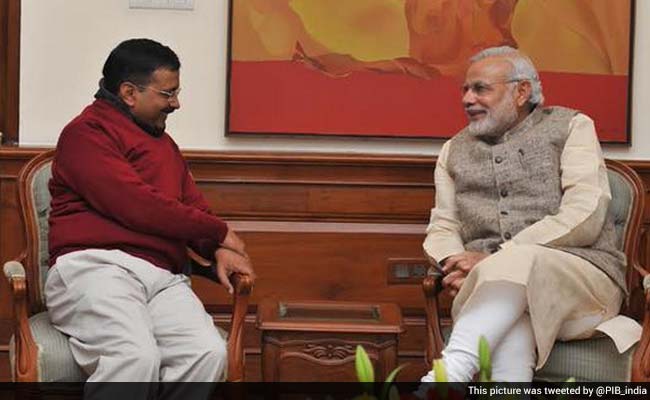 Doing anything carries the grave risk of criticism and failure. This is one reason why “do-nothing” has been the bedrock belief of Indian politics for 70 years. Do-nothing, fail at nothing. But doing nothing needs a cloak.

Or not perfected, really; send a Lalu Prasad to IIT and the end product is bound make his own contribution to the process no matter how perfect you thought it was.

Enter Kejriwal, from the days of IAC to this day, he has been working tirelessly on the art of blaming to avoid doing anything. It was UPA then, it was Modi later, it was Jung after that, then it was Delhi police, and then bureaucracy.

Modi’s demonetisation has been a let down on the implementation front. Its timing and maybe even the idea itself can be questioned, and Modi is and will be facing tough questions and heat over demonetisation. But surprisingly, instead of the tried and tested “pass the buck and blame someone else” tactic, Modi has chosen to take blame upon himself if demonetisation fails.

It is a ridiculous strategy for me as an avid Kejriwal admirer. First, Modi actually did something, and then to make it worse, he is accepting responsibility for the consequence! With this mammoth change in expected behavior, Modi has brought shame to the art of political blame-game.

To sort this mess, I tried imagining how the post demonetisation scene would look like if Shri Kejriwal ji were our Prime Minister. What would he do once things don’t go the way originally thought? What would neutral-er-than-Helium journalists like Barkha Dutt do?

I hope Mr. Modi reads it and course corrects to standard Indian political tactics before he does permanent damage to our political system by introducing the concepts of accountability and responsibility.

1. This is how Kejriwal ji would react on Twitter when media wakes up to deaths in queues, if it ever does under his regime.

First pass of the buck to subordinates:

2. Sisodia would waste no time in picking the buck and passing it on, even more masterfully to babus: 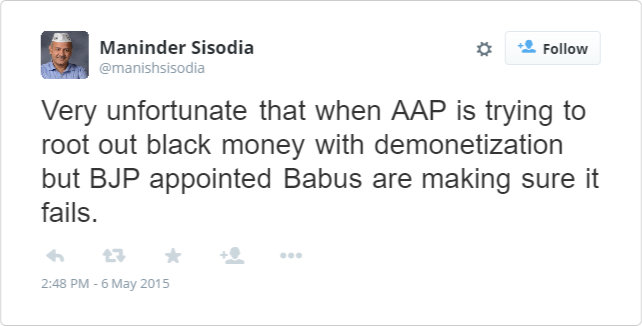 3. Media would feel a sudden moment of validation; action or not, they will be happy Kejriwal ji read their headline.

The ‘why the deaths happened’, the ‘what action has been taken part’ part will be scheduled to be asked on another day – or life, preferably. Everything will be fine again.

4. But there is Zee News. They will get mischievous and post news articles about cash crunch. In response, AAP and their ace set designers and cinematographers would spring into action and click perfect pics for Finance Minister Sisodia to post on social media, pics that show everything is fine in the world, again.

The good media will lap up the pics with retweets and cross posts screaming “KUDOS for the great work Manish! Congrats!” 5. But no rebuttal will be complete without AAP’s tribute to Goebbels and Photoshop, so this guy, the most hardworking in this do-nothing chain will tweet this: 6. Meanwhile, Kejriwal will dig new escape tunnels in case the others fail. Pointing a problem that can’t be verified and then going with an impossible solution will make sure nothing gets done in the safest way: 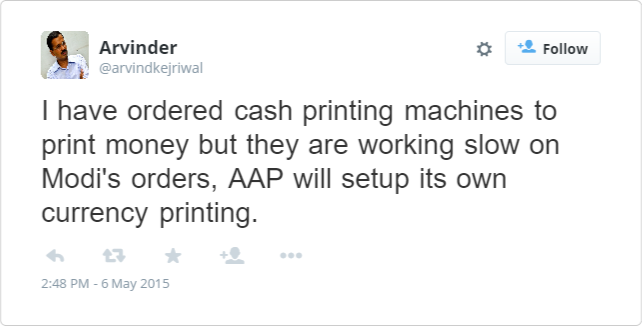 7. Ashutosh will distract everyone saying something that will make everyone’s mind numb for weeks. Before they figure what struck them, the whole game is over or we would have found bigger villains to blame: 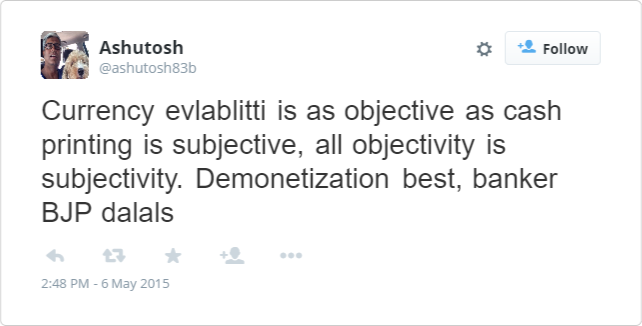 8. Then it’d be the chance of the babus to catch the buck. First they will be forbidden from talking to media and then lambs would be sacrificed in a sacred ceremony:

9. Impossible to meet requests will be sent to highest authorities that can be undermined. The best part about ridiculous demands is that you’ll know they can’t be met. Then you can do-nothing by blaming someone else in authority:

10. Now that we have established villains (who have no swords to fight back), it’s time to drop your sword (since you know it’s safe as the villains don’t have a sword) and be the victim. The gallery loves a martyr: 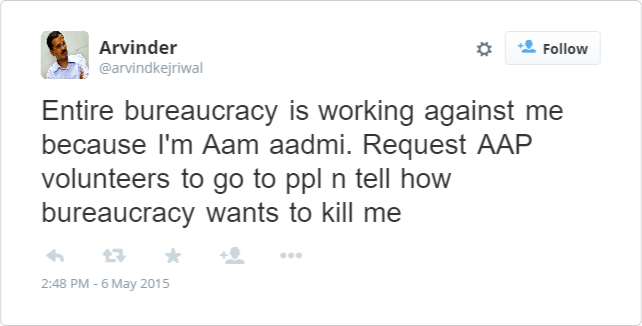 12. But then out of nowhere Babus will spring a surprise and flash a toothpick thinking it’s a sword:

13. The climax is coming, in a battle of doing-nothing, the one who does absolutely anything loses and the babus will end up doing something: 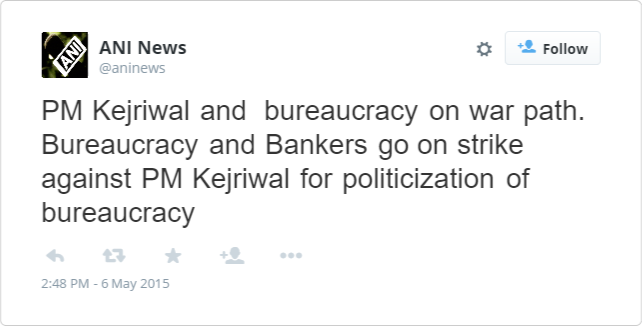 14. But there will be a jury, and the jury as unbiased as ever, will invalidate the use of brutal toothpicks against an armed opponent

15. The final battle will begin. Our hero will make the final call to the people, the villain will be surrounded by all sides, it’ll have nowhere to run: 16. And that is when our Queen will step out of her throne, call on our hero after having won the battle against the bad guys, knight him and thank him for saving the kingdom, one more time by doing-nothing. 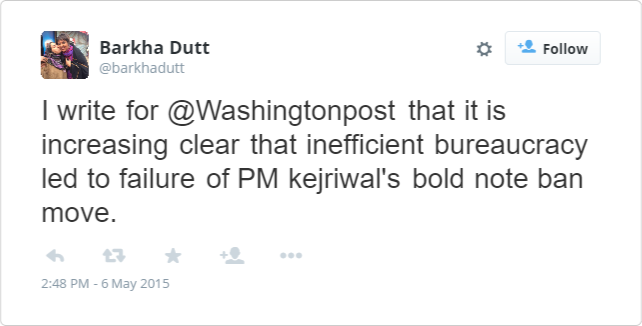 And that’s how an ugly situation for our hero would turn into a fairy tale. And everyone lives happily ever after. Except that none of the problems actually go way, but that is beside the point, a fairy tale is supposed to distract you, and this one will distract the plebeians just fine.

So the moot question still is, why is Mr. Narendra Modi taking blame for the demonetisation failure, if it happens, on himself when he can easily be a do-nothing and blame someone who can’t defend themselves? Maybe blame your team, and still be the knight in the shining armour?

Is it true that Modi suffers from a disease worse than accountability and responsibility? Something that can inflict even greater damage to our political system? Is he trying to introduce another alien concept in our political system called leadership?