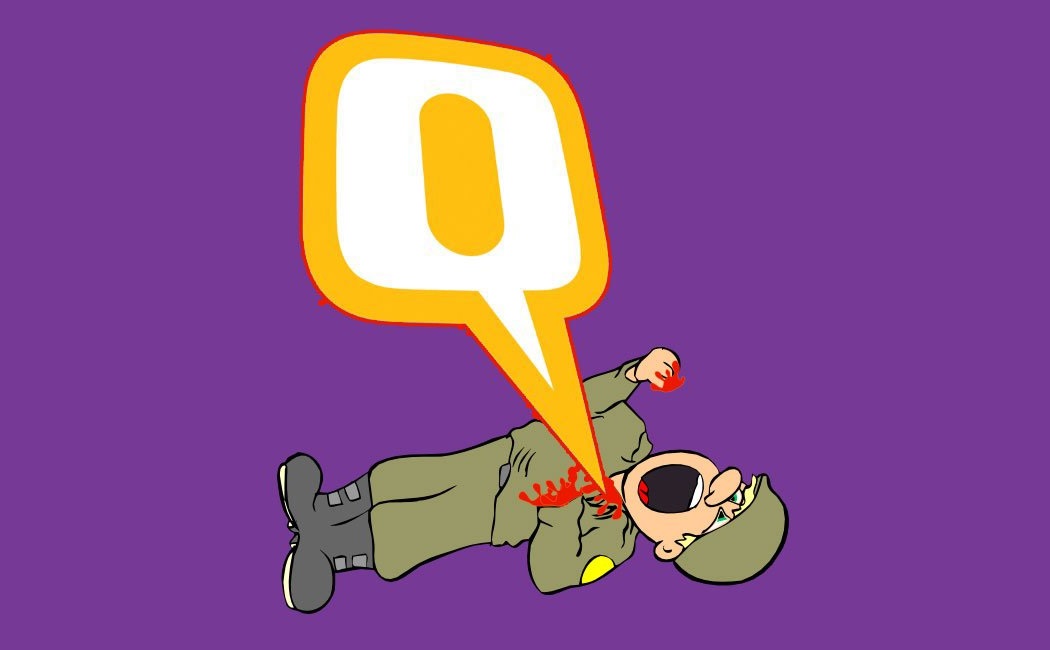 The Quint, the online publishing house has made a reputation for itself when it comes to indulging in dubious and dangerous forms of journalism. During the episode of demonetisation, Raghav Bahl, the founder of The Quint, had written two articles. One made legendary fantasy writers like George RR Martin and J.R.R Tolkien proud, and the other made legendary spinners like Bishan Singh Bedi and Anil Kumble proud.

The Quint then sunk to a new low after after one of its reporters decided to create a sham of a sting operation which ended in the death of an Army Jawan. The publication has been accused of not doing enough to protect his identity.

One might wonder that after such a downhill journey, when it comes to maintaining the ethics of journalism, it won’t be humanly possible for any publication to sink any lower. But as it turns out we are in for a surprise as it has managed to do just that.

The publication has now given platform to a person who prefers political assassinations to create history. The person is someone called Vikas Malhotra, who wished a sniper to kill Prime Minister Narendra Modi when he was campaigning in Varanasi. This is what he had tweeted:

It does raise the question as to how and why did The Quint decide to provide him their platform. One reason might be that the fact-checking department (that failed to verify Bahl’s two articles) failed to notice Malhotra’s tweet. Or that they did notice but the surprising lack of morality in the publication (which heartlessly didn’t show any remorse for leading a Jawan to his death) ensured that they completely disregarded the tweet.

People were understandably angered both by the tweet and by the fact that such hateful people get to masquerade as independent and neutral writers on media platforms:

After taking life of a soldier @TheQuint is giving platform to bigots who wishes for assassination of PM Modi. Why @Raghav_Bahl @BDUTT ? pic.twitter.com/U96zcXIWL4

.@primate2sapien who wants a sniper to kill Modi is now alleging in The Quint, that Modi is creating state of war!!https://t.co/GulgNsJe8J

@TheQuint @primate2sapien very pedestrian blog. If this the standard of this tabloid then I am sorry for the state of journalism in India

Once the issue threatened to snowball into a controversy, The Quint “condemned” the tweet:

@iAnkurSingh Thanks for bringing to our notice @TheQuint‘s blogger @primate2sapien‘s objectionable tweet in the past. We condemn it.

This response though isn’t satisfactory for the people as they are now calling for stricter action:

@TheQuint take down the article written by @primate2sapien if you really wants to condemn him and regain your credibility. @iAnkurSingh

The problem is you seem like a natural magnet for these kind of voices. Sad. Noscitur a sociis https://t.co/lF21ShqkvL

It is worth mentioning that recently a writer asking for assassination of Donald Trump had gotten her writing contract terminated. It remains to be seen if The Quint too announces that they would not publish anything written by Malhotra in the future.

Also this isn’t the first time an Indian journalist or a blogger has openly tweeted his wish for the PM’s assassination. This January, a Times Now journalist by the name of Prashant Kumar had put out a tweet hinting the same. He too could save his job just by deleting the tweet.

UPDATE: The Quint has terminated the association with Malhotra and deleted his articles from their platform.

We condemn Vikas Malhotra’s objectionable tweet. He is not an employee of @TheQuint. All his blogs have been deleted and discontinued. https://t.co/zv1MrlQ8Ln