Media selectively quotes Donald Trump Jr. to project him as a hypocrite romanticising poverty in India 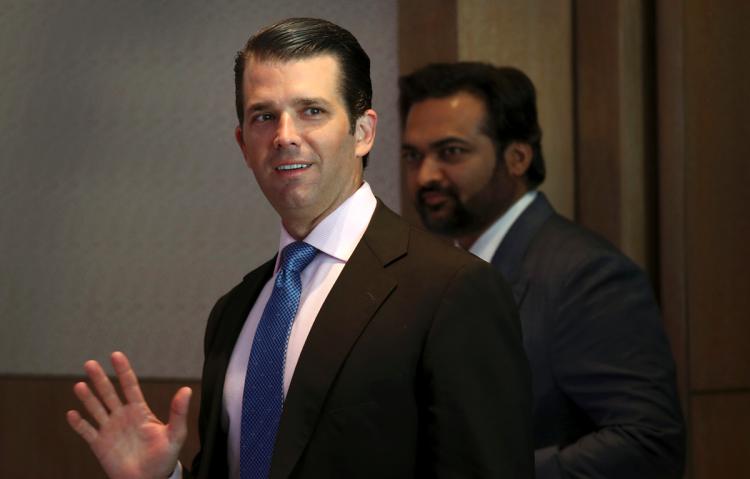 The actual statement of Donald Trump Jr is below. He had said :

“I don’t mean to be glib about it, but you can see the poorest of the poor and there is still a smile on a face. It’s a different spirit that you don’t see in other parts of the world … and I think there’s something unique about that. I know some of the most successful people in the world, and some of them are the most miserable people in the world.”

“You go through a town…. you can see the poorest of the poor and there’s still a smile on their face.”

Donald Trump Jr. arrives in India on a week-long visit to help attract buyers for his family’s luxury apartments. pic.twitter.com/wPHyBQpwi7

See? Media twisted this statement into their assholery.

Agreeing/disagreeing that the poor are smiling is different to what media made it.https://t.co/wq9EYGAJk2.

What a pathetic, clickbait of a headline and tweet. Is this what @washingtonpost is reduced to in India? https://t.co/6Y8w4fA6ex

And India’s journalists like Trump Jr. because he too smiles at them https://t.co/WHFldBXssY

At least now we know dickishness is a genetic trait passed down from the father’s side. https://t.co/D2S4x6UH2F

Someone slap this joker. https://t.co/jB07o2khXT

The actual content of Donald Trump Jr cannot be construed as anti-poor or romanticisation of poverty. It is just an opinion or observation about how some rich people can be miserable while poor manage to be happy in spite of difficulties. Trump felt this trait of Indians to be unique in the developing world, and a trait which he has rarely seen anywhere else in the world. To project it as a hypocritical statement that glorifies poverty is incorrect and misplaced.