Karti Chidambaram’s brazen and arrogant celebratory gestures while in CBI custody, has people in splits 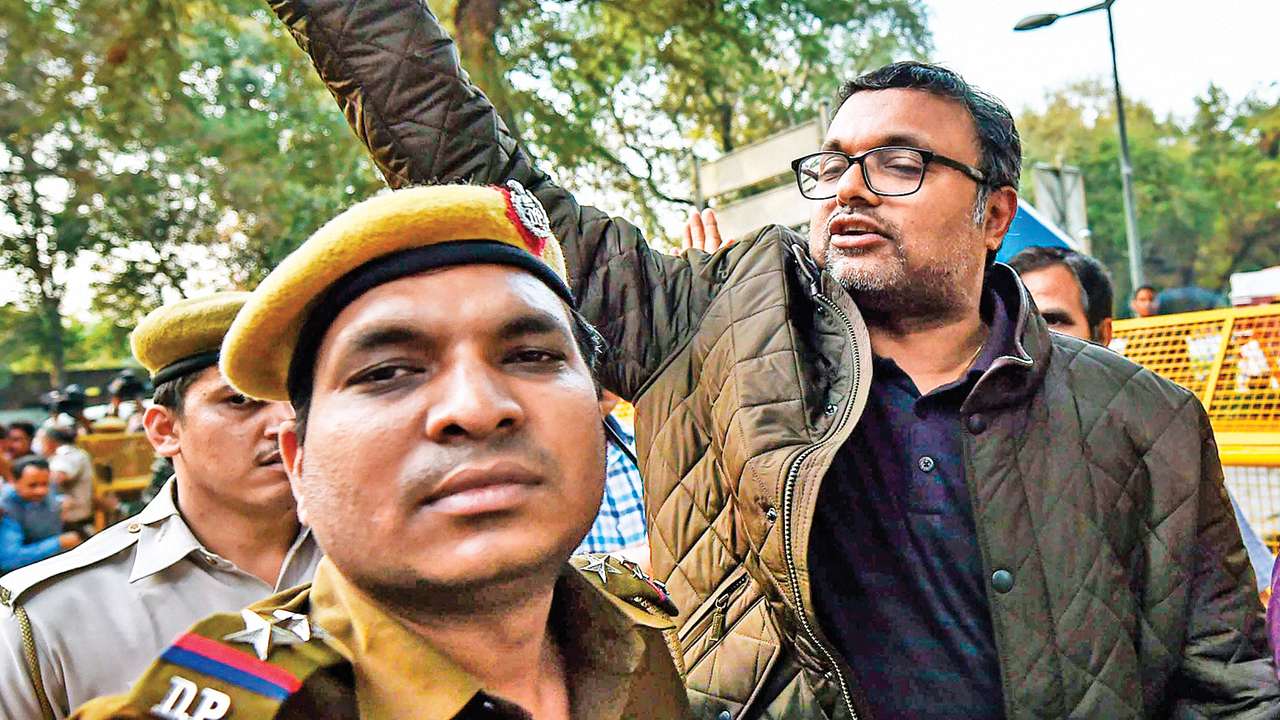 Karti Chidambaram, son of former Finance Minister P Chidambaram was recently taken into custody by the CBI for his alleged involvement in the INX Media scam owing to a scathing FIR against him filed by CBI last year that accuses him of money laundering and accepting bribes along with influencing public officials. But the father-son duo has been brazen about their alleged involvement.

Recently, following the footsteps of Rahul Gandhi, Karti Chidambaram has displayed his exceptional intelligence as he appeared to be in a celebratory mood as he remained in the custody of the CBI. Social Media was in splits cracking witty jokes at the hilarity of the pictures that emerged.

Shiv Aroor, the journalist with India Today, mocked Karti for acting as like a freedom fighter who had just scored an amazing victory over his oppressors.

Others compared him to bowlers celebrating after taking a wicket.

Some wondered why the son of a Congress stalwart was behaving in such a manner.

Why does #Karti make a spectacle of himself? Why does #Rahul leave party workers to cope with defeat alone? Which universe do they live in? Excellent psychoanalysis by @smitabarooahhttps://t.co/pTLINu2Gsv

Looking at the pictures or Karti Chidambaram’s arrest and he looks so proud of himself, as if his father is patting him on the back for stealing. Truly shameless. Never seen an arrested man smile this much. Most people put their head down to avoid cameras. This one is modeling.

Yet others poked fun at Karti in their own ways.

Zoom In for Suprise pic.twitter.com/Yx2Rbe8ipc

After Lalu Prasad Yadav who went on a tweeting spree after his arrest, now it’s Karti Chidambaram who has amazed people on social media by his sheer brazenness after his arrest. Instead of awarding the matter the seriousness that it deserves, P Chidambaram’s son seems to be under the impression he is enjoying a free vacation at an exotic resort.