OpIndiabringing the \'right\' side of India
More
HomeOpinionsUrban Naxal threat to India: Why the Soviet Union needed to exist
Opinions
Updated: 6 May, 2018

Urban Naxal threat to India: Why the Soviet Union needed to exist

This might sound strange, coming from someone who hates Communism. In fact, I regard Communism as one of the three Great Evils that the world has seen in the last 100-150 years, along with Nazism and Islamism. I have never made a secret of just how much I despise this vile ideology, the blood soaked red flag with the dreaded hammer and sickle. Give me liberty or give me death. 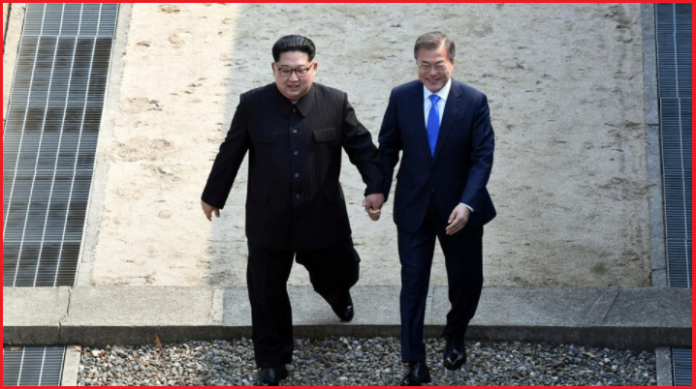 Two weeks ago, in an event that grabbed eyeballs across the world, North Korean Communist dictator Kim Jong Un stepped across the line to shake hands with the President of South Korea.

As the two Koreas begin a historic process of reconciliation, the inevitable question is at the back of everyone’s mind. Is this the beginning of the end of Communism in North Korea?

Obviously, Kim Jong Un does not want it that way, but he runs the risk of unleashing forces beyond his control. The Communist dictatorship of East Germany didn’t want it that way either; they only meant to ease travel restrictions a little for their subjects to travel to the West. But in that historic moment, the trickle quickly became a torrent and the wall came crashing down. North Korea could go that way too.

So why do I sound so worried? Aren’t the events on the Korean peninsula a net gain for the forces of liberty?

I am afraid not. Right now, we may enjoy the heartburn on the left as they squirm at Trump making Obama and his Nobel Peace prize look more like a joke than it already was. But this joy is transient. One can only imagine how much the lovers of liberty around the world would have celebrated when  eight years of Ronald Reagan followed by four years of George H W Bush brought Soviet Communism to its knees.

I will pause here to include this video of Reagan telling jokes about Communism. For no particular reason. Just listen.

They don’t make ’em like that any more, do they?

Well, the joy at the fall of Soviet Communism was but transient. Three decades after America crushed Communism, the poison is back and gaining tremendous traction among American youth.

You don’t believe me? Listen here to The Young Turks, the most widely followed Internet news show in the US and the world as they talk about the so called workers movement and Mayday.

“Cops like cracking people’s heads. That’s why they are cops. They didn’t randomly pluck cops out of society. Cops join on purpose because they have a certain mentality.”

Yeah, urban Naxalism is hardly limited to our country. In fact, it originated there and made its way over here.

This is the new media in America and this is what young people over there are getting. Bernie Sanders may have failed to win this time, but the cult of Bernie was palpable among the youth. The man barely stopped short of identifying himself as a Communist. But for how long? In 2020, another chunk of young lefties will join the ranks of the voting population. How long before a self-identified Communist is sitting in the White House, with the leadership of the “free world” in their hands?

How did the young generation go so far left? Because the liberal media and the left wing college professors, the so called ‘tenured radicals,’ bred them to be just that : Communist bots. In 1975, as Pol Pot was overrunning Cambodia, the headline in The New York Times read : “For most, a better life.” Articles in the Harvard Crimson echoed similar sentiments.

This is what Pol Pot and his Khmer Rouge, darling of The New York Times and Harvard, left behind in its wake. 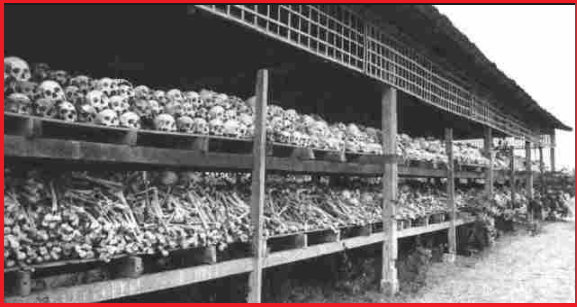 This is how elite media and academia have always been, so what’s new now?

Well, as sad as it sounds, there was a lid on these tendencies while the Communists were still heaping up human skulls across the world. Public memory is short. As long as the body bags were coming in, as long as people heard of literally lakhs of people being exterminated by Communists in death camps, they were wary of Communism in their own free lands. No spin from the New York Times or Harvard could do away with the nightmares that Americans would have of life under a brutal Communist regime in Russia or Cambodia or North Korea.

As long as the threat from thousands of Soviet nuclear warheads was around, the propaganda from the left had no real hope of succeeding.

But once Communism collapsed (almost) everywhere, there was the golden opportunity for the myth-making to begin. The forces of left wing propaganda in media and academia now had a free hand. Just go to the “Soviet Century” section on the website of The Wire to get a taste of what this looks like. Talk of a workers’ paradise, of a flowering of cinema and art in Communist lands. No word about the 1000 lakh people crushed to death under the Communist boot. If North Korea goes down, expect left wing propaganda to intensify further.

Listen to student leader Kanhaiyya Kumar say “Communism is the highest form of humanism,” as the interviewer looks on in admiration.

The “highest form” of humanism? Now scroll upwards to the previous photograph to see the real harvest of Communism. Highest mountain of human skulls ever?

This is the poison and it keeps spreading. Open Twitter if you dare and see “humanism” in action in the killing fields of Kerala, or the forests of Jharkhand, Chhattisgarh and Odisha. How long before a “humanist” shows up at your door with orders for you to be sent to die in a gulag?

As gloomy and pessimistic as this article has been, let me end with a flicker of hope. Like I said, things are going really downhill in the United States, the most powerful nation in the world. But there is no reason free people in a different part of the world cannot carry the light of freedom.

India that is Bharat. We have a robust (and possibly growing!) consensus against Communism. The Communist Party has been swept out electorally and pushed into the forests where they carry out guerilla warfare. Even in the forests, the Communist Party has been put under intense pressure. On the other hand, Communism has become a growing force in our living rooms through TV, newspapers and internet.

As of this moment, Communism in India is still running at a net loss. Being anti-national is not popular … yet. And this shows in the voting booth and even in the TRPs of news networks. So that gives me hope. But the enemy is extremely well-funded, well-heeled and very cozy with experienced propagandists in the West. With their ability to drive academic and media discourse, they are even able to cook up incidents right out of the blue to hit at the bedrock of India’s national identity. They are making up the deficit at a furious pace. Unless we seize the moment, it’s going to be all over for us.