NDTV and many other media outlets like Business Standard published a PTI report on the 8th of August about a JNU student who had refused to shake hands with the Vice-Chancellor as a mark of protest. “The way the image of JNU has gone down, the VC has a huge role to play in it. The decisions, policies which are enacted by the Vice-Chancellor are against the inclusive, democratic, progressive and secular credentials of our JNU,” the media-outlet reported the student, Anoop Patel, as saying.

However, the media houses forgot to mention a significant detail of the story. As per Anoop Patel’s social media profiles, he is a spokesperson of the Congress party. 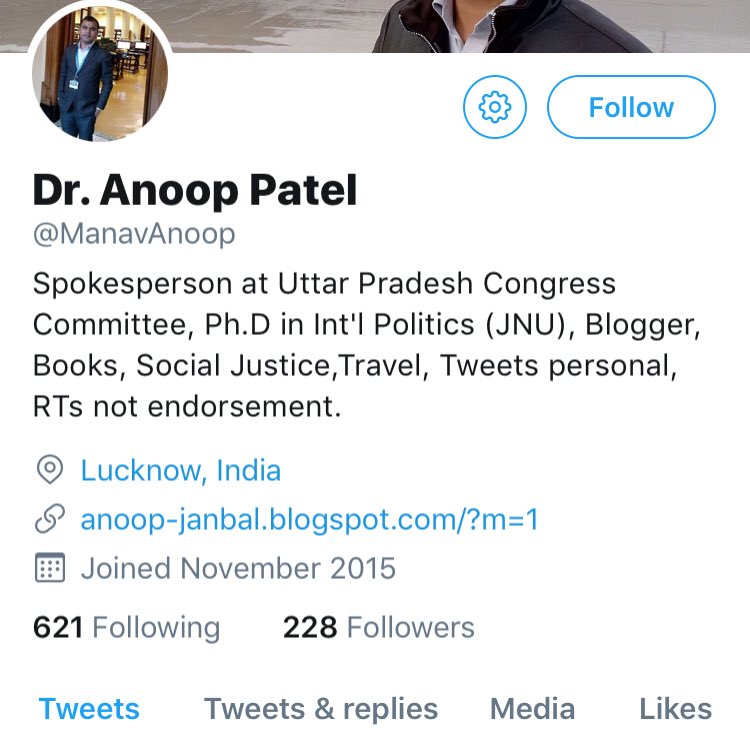 Admittedly, social media profiles are not enough to prove that Anoop Patel is indeed a Congress spokesperson. However, videos are available on his YouTube channel where he can be seen arguing on news channel debates as a spokesperson for the Congress party.


Moreover, the website of Uttar Pradesh Congress also mentions Anoop Patel as a member of their media team.

Considering Media’s track record, it will not come as a surprise to anyone that they conveniently ‘forgot’ to mention that the student who unceremoniously refused to shake the hands of the Vice-Chancellor was a Congress spokesperson. Therefore, the real story is this: A Congress politician deliberately sought to cause affront to the Vice Chancellor of his educational institution and turned the convocation ceremony of his university to a political platform to further his own interests. Further, he disrespected the Vice-Chancellor of his University due to spite borne of political differences.

Thus, the story of a JNU student associated with the Congress party who exhibited his lack of manners by turning the convocation ceremony of his University into a political platform was conveniently turned into a news of a student righteously protesting against the Vice Chancellor by refusing to shake hands by the media.

This is not the first time that the Media has deliberately tried to hide the political affiliations of “activists”. When Amit Shah’s convoy was disrupted in Allahabad, the media had tried to hide the fact that the disruptors were SP workers.