OpIndia
Home Opinions Taking a lead in inviting critics, RSS has initiated a new paradigm in the 'Culture of Discourse'
Opinions

Taking a lead in inviting critics, RSS has initiated a new paradigm in the ‘Culture of Discourse’ 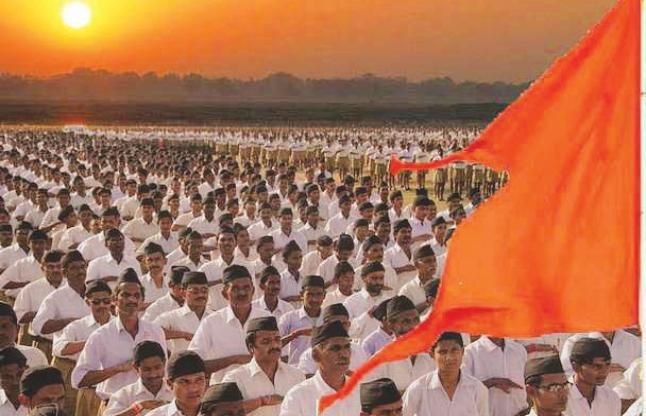 At times, the perception created about a group or organisation is a well-orchestrated polemic which gets built over decades, largely on rubrics of ideology. For a long time, Rashtriya Swayam Sevak Sangh (RSS), a social and cultural organisation relentlessly working towards nation building has been judged on certain pre-conceived notions. However, the body of work developed and sustained by the organisation and its affiliates through their volunteers (called swayamsevaks) in various fields of national life in the post-independence era, has resulted in the ideological untouchability exhibited by its detractors losing moral ground. The three-day lecture series being held at New Delhi by the Sarsanghchalak of RSS, Mohan Bhagwat, sharing the perspective of RSS on the ‘Future of Bharat’ has set a milestone in reviving the Indian tradition of ‘Dialogue’ among those who are either unacquainted or have ostensibly a difference of opinion with RSS.

Taking a lead in rendering an invitation to critics, supporters and non-aligned so as to put forth the viewpoint of Sangh on social, cultural issues and deliberate, respond to their doubts, queries; a new paradigm has been initiated in the ‘Culture of Discourse’ in our country.

Those who have had an uncomfortable kinship with the nationalist perspective are unable to counter an invitation to build fraternity. An organisation, which has never placed an advertisement to publicise its work finds the most assertive and vocal within the society taking note of it; some in affirmative some otherwise. Though this has been perceived by some as a PR exercise, many are oblivious of the munificence in the spirit and character of this organisation.

In some of the darkest periods of its existence, RSS has never resorted to a reactionary campaign. When Mahatma Gandhi was killed in 1948, the contemporaneous RSS Chief Madhav Sadashiv Golwalkar, popularly known as Guruji and many RSS workers were put in the jail. Many were questioned, detained on the pretext of investigation. When no substantive evidence surfaced, they were released after a year.

There was anger among the cadres over the false charges framed on RSS and many wanted to react to the ill-treatment meted out on them. Guruji narrated to them from Mahabharat, an instance where Kaurav brothers were being defeated by Gandharv kings in the forest. Though Pandava’s were serving their exile period pronounced by the Kaurav brothers on them, Yudhishthira called upon his four brothers to help Kauravas. Yudhishthira said Vayam Panchadhikam Shatam, fighting among brothers (Kauravas and Pandavas) does not imply we do not help each other when attacked by an outsider. Guruji explained that when our tongue gets bitten in between our own teeth, we do not extract our teeth.

A similar incident can be recollected from the worst phase witnessed by our democracy, during the emergency. RSS was one of the first organisations to be banned during the emergency when nearly a lakh swayamsevaks were jailed including the RSS Chief Balasaheb Deoras. The atrocities inflicted on the RSS workers during that time had gashed their self-respect. When they looked for a direction from Balasahab, he told them to just ‘forgive and forget’. Such magnanimity in thoughts, inherited from the tolerance in our culture speaks volumes about the values imparted by RSS in their daily shakhas.

The swayamsevaks are perceived by many as those who live a life in isolation, away from the mainstream. On the contrary, they are an integral part of the social fabric of the country; contributing towards nation building, imparting the values imbibed in shakas in their professional and social lives. Many among them have been the unsung heroes of India. One example is of the teenage swayamsevak Arjun Tirki who was a tribal student in the border village of West Bengal. When Pakistan army was moving forward to attack from present-day Bangladesh in 1971, Arjun who was playing near the BSF post was asked by the soldiers to rush and inform the nearest BSF camp. He participated along with the BSF soldiers in carrying grenades and other supplies before reinforcement arrived. Arjun Triki laid down his life when shot by an enemy bullet. This Swayamsevak’s memorial statue still stands tall near Raiganj.

This initiation of ‘Samvad’ by RSS with the civil society, political and social organisations has shed many myths about RSS like conservatism, orthodox work culture, women participation etc. Its moral probity, simplicity in discourse and bearing has already won hearts of many. Those shying away from this ‘Culture of Discourse’ need to overcome their insecurities and prejudice to accept the diversity in ideologies and work towards the prime cause of nation-building.