"When acid bottles and stones were being thrown at us from this building it is then that we realised that this plan was made a long time ago", a woman said standing in front of Tahir Hussain's building

The fear of the anti-Hindu riots that gripped East Delhi is still visible on the faces of the Hindus staying in the riot-affected areas. While some sort of normalcy has returned, when moves from the drain towards Karaval Nagar, Hindus, staring at the close door of the lane still express great fear. This is the area where Tahir Hussain’s building has emerged as one of the epicentres of the riots. In Tahir Hussain’s building, Islamists had mercilessly murdered Ankit Sharma, a young IB official, who died with 400 knife gashes, his intestines torn apart and was then discarded in the drain.

OpIndia reporters spotted one such closed gate to a lane. From the other side of the gate, dozens of scared Hindus looked on – they saw the Media trying to report and the police going about their job of investigating the scene. About 50 metres away from the building belonging to Tahir Hussain, where the brutal murder of Ankit Sharma had taken place a group of men and women stood. They were surprisingly not interested in what was happening on the main road – as the others from the lane were. They stretched their neck and were staring at Tahir Hussain’s building. When they were approached, some walked away, while others, couldn’t hold their tears back.

An elderly woman said, “Look, we have no malice in our hearts. The Muslims brothers who stayed here have left their houses. Even we could have broken their locks and set their houses on fire, but we Hindus would never do this. We are so scared after the riot that we neither sleeping nor eating. They want to turn India into Pakistan, though that is not possible, we will now demand a solution for this. We will not let Tahir Hussain’s building remain here. We will demand that the government demolishes it. They have made Chandbagh their stronghold”.

Read: When I looked back, all three, including Ankit Sharma had disappeared: Boy who escaped the Muslim mob in Tahir Hussain’s building speaks to OpIndia

Another woman said, “When acid bottles and stones were being thrown at us from this building it is then that we realised that this plan was made a long time ago. We have been living in this area for decades. Every day we come and see this building from our roofs, but never realized that plans are being made to kill us here. But even though we live here, we have never really understood what is it that takes place inside such a huge building. This is all a part of their politics”.

A woman standing with the others then said, “We have come out of our houses for the first time in three days. Whatever these people (Muslims of the area) did with us, is being reported, but they didn’t even leave our daughters returning from tuitions. They took off their clothes and sent them to us naked. In front of our daughters, the rioters took off their own clothes and gestured indecently. We can never dream of ever wanting to kill our neighbours, but it is evident from their preparation that they wanted to finish us all off that day”.

Seeing that these women were talking to the reporters, the others, who were earlier hesitant, also came forward. They said that Hindus only have two or three children while the Muslims have ten or twelve, all of them, armed with guns and stones attacking the Hindus.

“We also closed our windows due to fear and did not leave the house for three days. The rioters took advantage of this and burnt our temple as well. Even the houses of most of the Hindus present in the locality were set ablaze. The rioters did not even spare the poor Shyam Chaiwallah and the medical store. They first looted their shops and then set them on fire”, she said.

A woman who had mostly not said much chimed in. She said that the people of Delhi voted for free amenities and it is now them who are bearing the brunt of it.

During the Delhi riots, 38 people had lost their lives in the riots, while more than 200 have been injured. The injured include around 70 persons from the security forces. 48 FIRs had been filed and 514 suspects had also been rounded up by the police. The cops have set up 2 SITs for investigating serious cases of offence that took place during the riots.

A Delhi police constable, Ratan Lal, was shot dead during the riots. Another DCP has been injured during clashes between two groups in Delhi’s Gokulpuri. 42-year-old Hindu Activist Vinod was lynched by a Muslim mob in front of his son Monu for sporting a “Jai Shree Ram” sticker on his bike.

Read: Help us get Shaheed status for my brother, Kejriwal will paint him as rioter: Murdered IB officer’s brother Ankur Sharma speaks to OpIndia

An Anti-CAA rioter by the name of Mohammed Shahrukh was seen firing 8 rounds and intimidating a police officer. But, this did not prevent the cabal of left-liberal journalists to claim “Bhagwa terror” and cast aspersions about the name of the perpetrator.

The body of a young officer of the Intelligence Bureau, Ankit Sharma, was recovered from a drain in Chand Bagh. He was stabbed 400 times for four to 6 hours before being dumped into a ditch.

7000 CRPF personnel had been deployed at ground zero along with 3 Special CPs, 6 Joint CPs, 1 Additional CP, 22 DCPs, 20 ACPs, 60 Inspectors, 1,200 other ranks and 200 Lady Police to contain the situation and prevent further damage to life and property.

Besides Amit Shah, Prime Minister Narendra Modi had earlier appealed, “Peace and harmony are central to our ethos. I appeal to my sisters and brothers of Delhi to maintain peace and brotherhood at all times. It is important that there is calm and normalcy is restored at the earliest.” 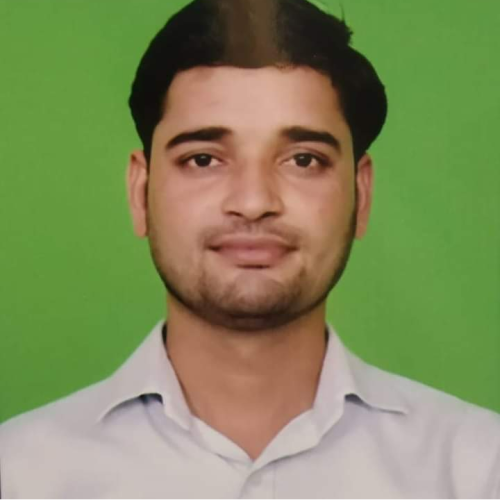