OpIndiabringing the \'right\' side of India
More
HomeOpinionsHere is what happens when a millennial Bengali, raised in a Communist family, reads...
VarietyBooksEditor's picksFeaturedOpinions
Updated: 26 May, 2022

He writes the last chapter with a pure vengeance and has gotten rid of any niceties he might have had earlier, knowingly or unknowingly. He diagnoses and intellectually destroys the ideological disease called Nehruism which has been called by many other names in different decades, but one whose source Goel traces to Jawaharlal Nehru.

I just finished reading my first Sita Ram Goel book, the famous ‘How I Became A Hindu’ with its original chapters written in 1982 and the last chapter specifically on the “Nightmare of Nehruism” added by Goel in 1993. I am a 30-year-old Bengali from Kolkata born and raised in a “Communist” family and I mention this specifically to signal to the reader that almost everything I read in the book was a shock or surprise.

First of all, it’s an extremely low-priced book for the level of its content. Secondly, because I purchased it from the Vishwa Hindu Parishad (VHP) bookstall at Kolkata Book Fair, 2022 and seeing it’s such a thin book, in my arrogance, a part of me was under the impression that the book might be a glorified political pamphlet meant to be distributed among party cadre to arouse Muslim hate in them (although I specifically looked for his books). Other than the fact that 5 pages into the book I realised the magnitude of my misconception, I also observed that even its size is a misleading veil. Let me declare this once and for all: this book is not short because Goel didn’t have much to say on the topic; it’s short because he is extremely proficient at constructing precise and concise sentences and paragraphs that bundle a lot of information, metaphors, analysis and explanations in fewest words possible.

If I was forced to describe the genre of this book, I would probably conclude it to be, essentially, a “travelogue” or “adventure”. The travelogue bit being the varying locational and cultural settings described in the book: Haryana, Delhi, Kolkata, Lahore etc, with the extensive depiction of Kolkata of the late 40s and 50s. Although “travelogue” does not imply dynamic cerebral introspection, retrospection and the like, in this case, his metaphorical “travel” from Arya Samajism to Gandhism to Communism to simply a self-respecting Hindu, is a fascinating journey in itself and could be categorized as a travelogue because the different ideologies he experiences are almost attached to different locations in pre-partition Bharat. I would, as a reader, categorize this book as an “adventure” as well because of how exciting and fast-paced the authorship is while depicting the turbulent political times of late 40s Bharat as well as the various nuances of political philosophy and thought that he experiences.

For example, he writes about an instance in Kolkata when he is asked to write editorials for a Socialist paper, but he ends up writing it with Communist inclinations and in the process, gets heavily scolded by the person who had hired him for the job. In a different section of the book, he mentions Socialists being his allies in his work against Communism. This gives the reader a chance to time-travel to a fascinating period in Bhartiya politics where nuance was given importance, was obvious and the order of the day. Although a negligible percentage of leftists still crib amongst themselves about these nuanced differences, largely, no Socialist would side with an anti-Communist publicly.

Coming to my favourite aspect of the book, knowingly or unknowingly, Goel seems to have written this book specifically addressing Bengalis. I say this because it has pages after pages of descriptions of the early 40s and 50s Kolkata. It is especially fascinating to me as a Bengali because this is the first time, that I am reading the perspective of someone who was not originally from Bengal nor lived his life here but did spend a significant decade or two in total in Kolkata. He talks of Bengali literature, Bengali politics, Bengali Socialists and Communists, and Marwari Communist businessmen of Kolkata (a phrase that’s overflowing with conceptual and ironic contradictions because, in later years, which continues up until this day, the Marwaris faced the wrath of leftists in Bengal until they had to go work for one and in some cases, even while being under their employment).

Goel even befriended the legendary Bengali novelist Tarasankar Bandyopadhyay and gives short reviews of a few of his works. From this book, I came to know never-heard-before tales of Bengal’s post-Independence politics. Goel describes the lifestyles and political strategies of the then leftists some of which have changed a lot now and some which have not at all. Goel describes an instance of the screening of the Russian propaganda film “Ivan, The Terrible” and how leftists appreciated its filmmaking techniques simply because they liked the message of the film while criticising Hollywood’s filmmaking because they are opposed to “American Imperialism”. The striking similarity to modern leftists who will not discuss the cinematic brilliance of The Kashmir Files simply because they don’t like the facts highlighted in the movie. Goel talks about the time when author Ram Swarup, his college senior and friend, philosopher, and guide, came to live with him in Kolkata for a while and about Swarup’s debates with Goel’s leftist friends and colleagues which were borderline witty and mischievous on the part of Swarup.

This brings us to the significance of Ram Swarup, both in the book and in the life and psyche of Goel. Ram Swarup had been conversing, debating, and corresponding with Goel since the time Goel thought of himself as a leftist. Goel describes his first impression of Swarup as a man with “Shavian humour”. Although Swarup was against leftism, in all the years of Goel’s left inclination Swarup never tries to actively convince Goel that he is wrong, except perhaps to some degree the one time Swarup wrote to Goel, “You are too intelligent not to become a Communist. But you are also too intelligent to remain one for long”. I love this quote personally because this, along with the entire point and premise of the book aptly describes my 20s. If not anything else, this book should be solely read for the fascinating insights of Ram Swarup on Indian politics, religions and Dharma along with his own intellectual evolution.

Another fascinating realisation of mine and angle of this book is its role in making you re-fall in love with the pursuit of more books and knowledge. Both Goel and Swarup were avid readers. Intentionally or unintentionally, this book recommends and glorifies countless other books by great representatives of the human race from all schools of political and philosophical thought. For example, Plato, Aristotle, Marx, Freud, and Laski. Therefore, regardless of whether you like or dislike the topic of the book, you will definitely find value in this book for the culture of knowledge it endorses. Also, the intellectual Indian left’s impression of anything relating to Hinduism being limited to the so-called “cow belt” or Hindi speakers hilariously falls flat in this book because of a) Goel’s tremendous grasp of the English language and b) Goel’s drawing extensive inspiration from various Bengalis like Swami Vivekanand, Bankim, Rishi Aurobindo etc.

Interestingly, the last chapter, which is the longest in the book, is a drastic shift in tone from the rest of the book. Up until the last chapter called “Nightmare of Nehruism”, the reader will get the impression that the book is written by a sweet and polite, wide and starry-eyed kid bouncing around from this ideology and philosophy to that ideology and philosophy. On the contrary, Goel writes the last chapter 11 years after the book’s first publication and is now a focused, clear-headed and intentional grown-up man who seems very angry with what he has seen in these 11 years.

He writes with a pure vengeance and has gotten rid of any niceties he might have had earlier, knowingly or unknowingly. He diagnoses and intellectually destroys the ideological disease called Nehruism which has been called by many other names in different decades, but one whose source Goel traces to Jawaharlal Nehru. The casual, misinformed secularism, the inferiority complex unfoundedly peddled as humility, phobia of the word “Hindu”, and general generalisations of any politically pro-Hindu voice or movement as “communalist”. All of which can be word for word observed in many Indians to this day, a phenomenon that J Sai Deepak would call “coloniality”.

What is perhaps even more interesting is, that he observes and heavily criticizes Nehruism even among Rashtriya Swayamsevak Sangh (RSS), VHP and other groups who are in the current setting known to be vehemently against Nehru and everything that could be termed “Nehruism”. He points out flaws, weaknesses and lack of courage in their actions. He specifically and repeatedly mentions a leader in those parties as a “windbag” who my guess, was meant for future Prime Minister Atal Bihari Vajpayee.

One significant takeaway from this book is, that both Goel and Swarup were economically opposed to the left and not just culturally. Which was extremely rare in their times. Almost all significant pro-Hindu/pro-Hindutva voices used to be socialists which is not the case anymore among current Bhartiya millennials and Gen-Z but we owe our lineage to Goel and Swarup.

Here are some of my favourite quotes from the book:

In conclusion, I hope this book and the author get their due respect in the Bhartiya mainstream. I hope its purchase and readership increase because of my humble contribution. And I strongly hope every Bengali kid in their 20s reads this book to get a fresh perspective on his/her land, culture and philosophical lineage. 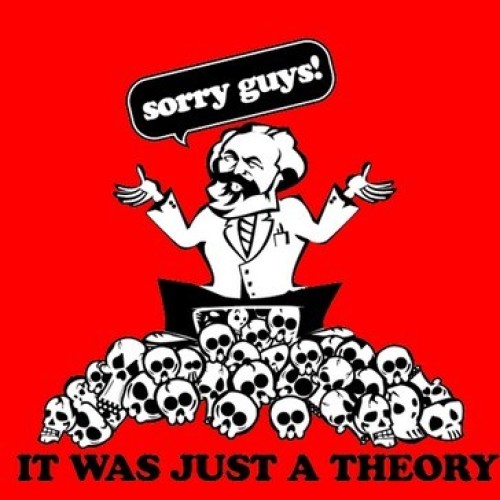 TRT World declared that there would be no Shakespeare without Islam, this is how they are wrong